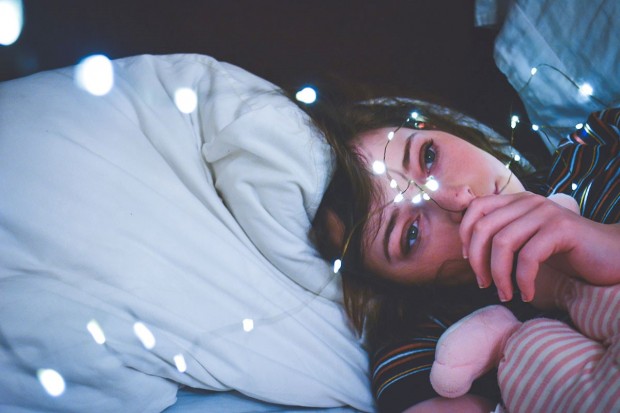 Miranda Greenwalt entered this photo, Blue Light, into the VASE contest. She used her friend Morgan McKee as her model.

On Saturday, Feb. 25, a few EHS students were invited to attend a Texas photo contest called Visual Arts Scholastic Event (VASE) at Stratford High School. VASE is a Texas oriented contest that separates itself into regions around Texas, with Houston being in region 4. This past Saturday, students from region 4 gathered at Stratford High School to attend this contest and be judged on their artwork.

Miranda Greenwalt, a junior at Episcopal High School, entered the contest and submitted a photo named Blue Light. This was one of Miranda’s most recent photos and she chose to enter this photo because, “it portrays a lot of emotion, making it easier to speak about in front of a judge.” One thing that makes VASE such a unique contest is the fact that students have to sit in a room with a judge and talk about their artwork, which is not how most student art competitions run. When Miranda had to go in front of the judge she first thought that it was going to be very intimidating and scary, however, “my judge was actually really nice and we just talked about my photo as if it was a normal conversation.”

Because this photo contest was at a high school with students from many different high schools, the atmosphere was very intense. Miranda said “the event made me really nervous because there were lots of students trying to achieve the same goal and I was in a place very unfamiliar to me.” Before being judged, Miranda was very nervous and anxious, but afterwards she was not nervous anymore because, “I was so confident about the way things went with the judge”.

Miranda’s favorite part of the contest was analyzing her photo from an emotional point of view rather than a structural view. She enjoyed this because, “it allowed me to realize things about my photo that I had never even thought about before, such as examining and deciding why the bunny rabbit is positioned upside down.”  She also enjoyed the interactive part of this contest. Miranda made it through the first round of judging with the highest score students are able to achieve, a 4, but unfortunately did not make it to the next level, which would have been the state level. Because this was Miranda’s first time entering in this contest, she is very proud of how she did and plans on submitting to this contest again next year and hopefully making it to the state level.