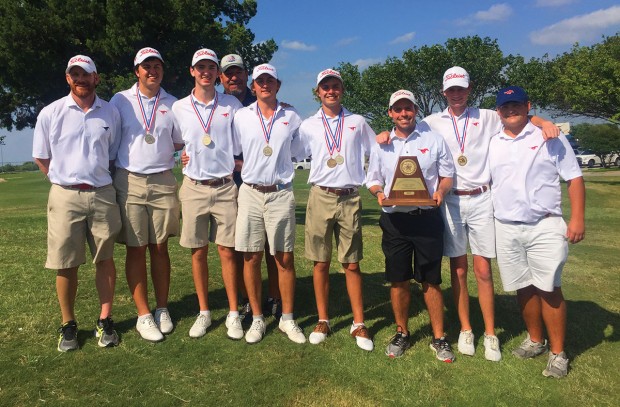 Behind a sophomore-dominated lineup, the Memorial Mustangs captured the UIL Class 6A Region II Golf Championship. The Mustangs shot a team score of 617 to beat out second-place Coppell by a 10-stroke margin.

“I was really thrilled to win the regional title,” said Mustangs golf coach John Noel. “It was a goal of ours from the start of the year.”

The Mustangs’ top finisher at state was sophomore William Moll, who carded a 74 in both rounds for a 36-hole score of 148. Mustangs sophomore Colin Guinn was 10th overall with a two-round score of 152.  Sophomore Jackson Taff, senior Grant Lincecum and junior David Tietz rounded out the Mustangs’ lineup.

“It was extremely windy out there, and the greens were difficult,” said Noel. “I was proud of how our guys battled the conditions.”

Individually, the meet was highlighted by a spectacular two rounds from Stratford Spartans sophomore Matthew Riedel. Riedel followed up his first-round score of 72 with a magnificent 4-under 68 to win the individual title. “That was one of most impressive rounds of golf I’ve ever seen,” said Noel. 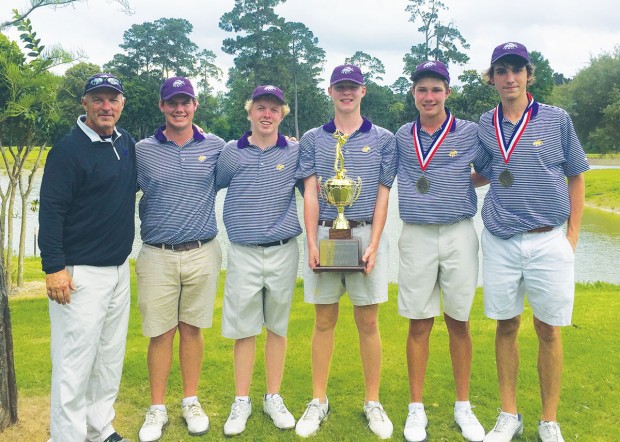 For the fifth time in the last six years, the Kinkaid Falcons are the SPC Boys Golf Champions. The Falcons edged out The John Cooper School by six strokes to win the title. “We’ve been very fortunate to field some great golfers over the years, and this year is no exception,” said Falcons golf coach Bobby Eggleston. “It was a great championship.”

The Falcons were led by their No. 1 golfer Mason Nome, who shot a 68 in both rounds to finish 8 under par for the tournament. “Mason didn’t get a really good start on either day, but he was a birdie machine on the back nine, even scoring some eagles,” said Eggleston. “Mason and John Cooper’s John Wong, who scored a 10-under-par to win individual honors, are good friends. It was fun to watch.”

Earning All-SPC honors along with Nome was Kinkaid’s Will Jacobe, who scored 71 and 74 to finish 1-over-par for the tournament. Carter Guinn, Johnny Butler and JD Dyer all had solid rounds for the SPC Champion Falcons. 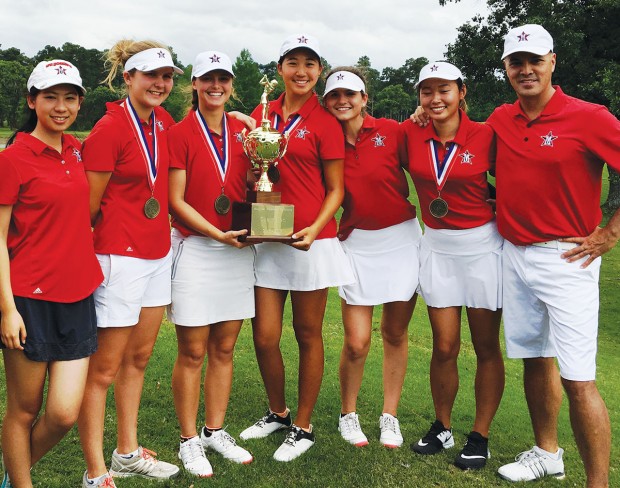 For the tournament, Wang shot a two-round score of 144 and won individual honors by an 8-stroke margin over Margaret Runnels of Episcopal. “Christine is just a special talent,” said Soliman. “She comes off as pretty easy going, but on the course she hits a switch and becomes a fierce competitor. She’s tough as nails and just doesn’t get fazed on the course.”

St. John’s No. 2 player, Denise Pan, shot the third best round of the tournament with a 77-76 over the two rounds. Grace Wilson, May McCabe and Morgan Sholeen made up the rest of the field for the Mavericks as St. John’s posted a 17-stroke victory over second-place Episcopal. 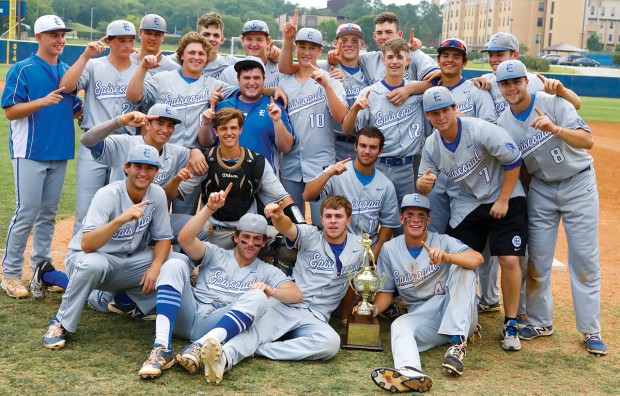 CHAMPION KNIGHTS The Episcopal Knights captured their fifth SPC baseball championship in the past eight years with an extra-inning victory over the rival Kinkaid Falcons.

In baseball, the Episcopal Knights captured the SPC Baseball Championship with a thrilling 5-4 extra-inning victory over Kinkaid in the SPC Championship Final, marking the Knights’ fifth SPC Baseball title in the last eight years.

“That championship game was extremely intense,” said Knights baseball coach Matt Fox. “I’d put it in the top five games of my career of hardest games to watch. It was a battle.”

The final included a number of heroic efforts. On the mound, 6-6 freshman standout Tanner Witt went five strong innings, followed by two and one-third innings of shutdown relief from junior Justin Fox. Then, with the tying run on base in Kinkaid’s final at bat, Blake Nethery came in to strike out the final batter.

Offensively, Peter Geib, Jack Grams, Bennett Inoff and Nethery all knocked in runs, but the biggest blow came off the bat of Trei Cruz, who drilled the go ahead and ultimately game-winning home run in the top of the eighth inning.

The Knights, who finished 24-9 for the season, boasted a lineup of major college baseball prospects, with Cruz going to Rice University, catcher Turner Gauntt and Innoff signing to play at Texas and Geib also committing to Texas.