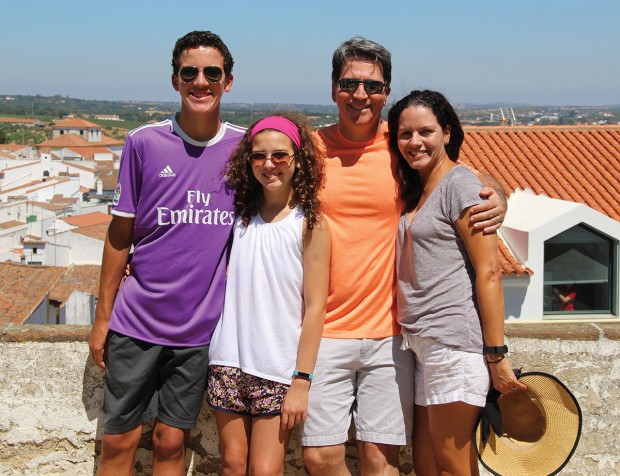 STILL TRAVELING In 2016, the Rassins (from left, Joshua, now 14, Sophia, 12, Keith and Ilse) took a road trip from Madrid, Spain, to Lisbon, Portugal. The kids used what they learned in Mark Twain Elementary's dual-language program. They placed orders at restaurants and negotiated prices in Spanish.

The Rassin family went to Mexico City for New Year’s Eve. Mom Ilse watched in satisfaction as Joshua, a freshman at Lamar High School, and Sophia, a seventh grader at Pershing Middle School, confidently placed their orders at restaurants and negotiated prices while shopping in crystal-clear Spanish.

“We could leave them in the middle of Mexico City, and they’d be able to find their way,” says Ilse, who, though she speaks Spanish herself, credits Mark Twain Elementary’s dual-language Spanish/English program “completely” with teaching her children to be bilingual. “They went in at kindergarten cold turkey, not knowing a word of Spanish.”

Dual-language, or language-immersion, programs (the terms can be used interchangeably) are when children are taught in two languages at school. These programs start at a young age, usually no later than kindergarten. The children, most of whom don’t know one of the languages at all, are taught at least 50 percent of the time in the non-English language. The goal is to produce, over time, students who are truly fluent and literate in two languages.

Some public and private schools in Houston, including some preschools, offer these programs. In the Houston Independent School District (HISD), 51 elementary schools and five middle schools currently do. According to Gracie Guerrero, HISD assistant superintendent in charge of multi-lingual programs, the first dual-language program in HISD started at Herod Elementary in 1994, and the ultimate goal, as more students move through the elementary programs, is to offer dual-language options all the way through high school. In June, the Association of Two-Way and Dual Language Education, a national organization, presented HISD with its District of Distinction Award.

The majority of dual-language programs in HISD are Spanish/English, though there is also the Mandarin Immersion Magnet School, which moved from Bellaire to a new and bigger campus near the Galleria last year, the Arabic Immersion Magnet School in the Heights and the newly opened Mark White Elementary in the Piney Point area, which started offering French/English in 2016. The Spring Branch Independent School District also offers dual-language programs in three elementary schools, two middle schools, one high school, Spring Woods, and one that is both a middle and a high school, Westchester Academy. Some dual-language public schools are magnets; others are neighborhood schools to which a child can either be zoned or can request a transfer. Often, there are wait lists and lotteries.

On the private-school side, Awty International School has long offered a French/English immersion program and is launching a Spanish/English one this year, the German-American Elementary School in the Museum District opened its preschool in 2006 and expanded into elementary grades in 2009, and the Lycée International de Houston, a French/English immersion school, is due to open in Katy this August. Area preschools that offer dual-language instruction include, among others, Crossing Borders Preschool near Rice Village and Language Immersion Private Preschool (LIPP), which opened in January 2017 in the Galleria area.

Because of its demographics, HISD is able to have many of its Spanish/English programs be “two-way.” When possible, schools try to have half of their incoming students in these programs be native English speakers and half native Spanish speakers. The children’s friendships naturally help their fluency in both languages. And for the Spanish speakers, these programs, unlike traditional English as Second Language programs, allow them to continue to develop their first language to academic levels even as they become fluent in English. 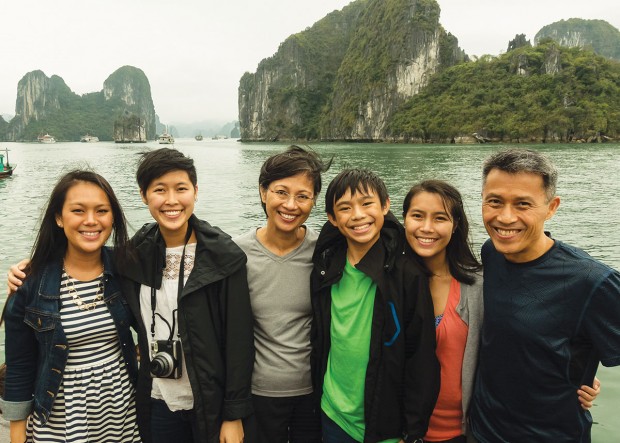 Parents contemplating these programs wonder if trying to learn in two languages at once could affect a child’s learning to read. And, indeed, in some cases, according to HISD’s Guerrero, the children’s reading proficiency may lag behind what’s typically considered grade-level in the early years. While, she says, choosing the program can be “an act of faith” for parents, long-term data show that students of dual-language programs, including native-English speakers, outperform mono-lingual students academically over the long term. For example, according to a 2015 report by the American Academy of Arts & Sciences, by the eighth grade, students in dual-language programs are, on average, a full academic year ahead in their English reading skills, compared to students not in dual-language programs.

“Absolutely, it’s an act of faith, especially in kindergarten, when there are no grades yet,” says Jami Fowler, whose son Reed just finished first grade and his second year in Condit Elementary’s Spanish/English program. Though Fowler, inspired by Reed, takes a weekly adult Spanish class, she reports, “He’s already way past me.” Native Spanish speakers have told her Reed’s accent is perfect.

Fowler is not learning Spanish to try to help Reed with his homework. In fact, educators discourage parents who are not fluent in the second language from trying to teach it at home, which can do more harm than good. At the beginning of kindergarten, “It’s still fairly simple and parents are very likely able to assist,” says Dan Greenberg, principal at Condit Elementary, “but pretty soon after that, they won’t be able to.”

According to assistant superintendent Guerrero, with homework, instructions are often sent home in both languages, for the benefit of the parents, but the content is not. Of course, says Goldberg, parents should still be supportive of their children and practice “good literary routines,” such as reading to them. (English is fine. “Reading is reading,” Goldberg says.)

While schools often warn parents of incoming youngsters that their children might feel frustrated at first, parents with children who have been through or are in immersion programs did not report any significant bumps. “It wasn’t till about third grade that my children said, ‘Wait a minute: there are classes at school taught in English? Mom, what did you do to us?’” jokes Ilse Rassin.

One plus of the public-school immersion programs is that children remain with the same classmates for years in schools like Twain and Condit, where the whole school isn’t dual-language. “They do develop a special camaraderie,” says Giao Nguyen, whose four children went through Mark Twain’s Spanish/English program. Sarah Eshelman, whose daughter Charlotte just finished kindergarten in the dual-language program at Condit, finds the dual-language kids do meet kids from outside their own class in their ancillaries, such as P.E., music and library.

Nguyen also reports, laughing, that when her daughters, now grown, wanted to talk about something without her listening in, they spoke in Spanish. “Learning another language opens their minds. They see that language and cultural differences are okay. And it gives them the confidence that they can learn anything,” she says.

Robin, the oldest Nguyen child, now 28, was in the very first class at Twain and uses her Spanish as an assistant principal at a school with a large percentage of Spanish-speaking families in Austin. The youngest, Spencer, 13, is currently taking the native Spanish speaker’s class at Pershing, where he could earn, by the time he leaves middle school, up to four high school credits and, if he takes AP Spanish in the eighth grade, even college credit, thanks to his Spanish. Chloe, 24, currently works at a global health company in Vietnam. (All the Nguyen children are also fluent in Vietnamese, which was their first language at home.) Leslie, 25, now an environmental consultant in Seattle, was able to live with a family in Panama for two months as a volunteer with Amigos De Las Americas in high school. She also studied chemical engineering at a university in Spain during a semester abroad while a student at Rice.

“I am grateful that my parents had the foresight to send us to this program,” says Leslie. “It was what enabled me to have these different experiences and not fear cultural differences. Language was simply not a barrier for me.”