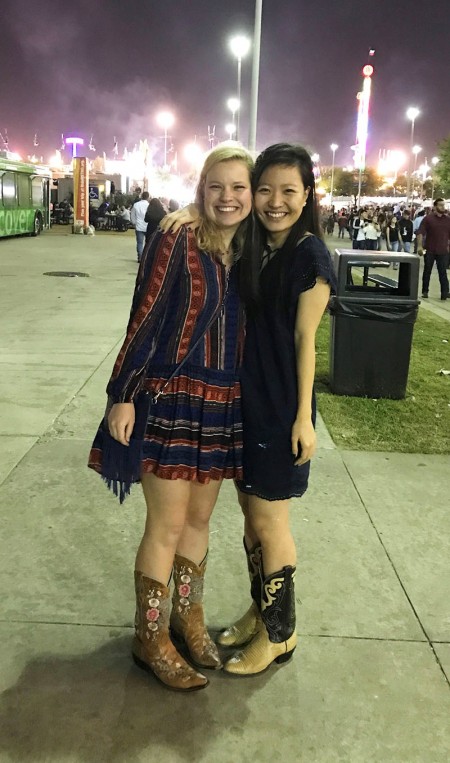 My first impression is that the rodeo leans heavily towards country music this year. There seem to be fewer pop and rock artists than in the past. The two notable pop/rock/non-country artists this year are Alessia Cara and OneRepublic, whereas last year’s lineup featured rock band Blink-182, R&B singer Alicia Keys, EDM chart toppers The Chainsmokers, pop star Demi Lovato, pop girl group Fifth Harmony and classic rock band ZZ Top. Reggaeton fans are thrilled at the inclusion of J Balvin, but the lack of variety in this year’s show is a bit of a letdown to fans that were excited about the Rodeo including different types of artists than just country artists.

An exciting new addition: Alessia Cara. Despite being fairly young, if you’ve turned on a radio within the last few months, you have no doubt heard her voice. She has been featured on a bunch of popular songs recently, and is producing some hits of her own. It’s fun seeing new, younger performers at the Rodeo to keep the fresh spirit alive.

An old favorite: Tie between Luke Bryan and Zac Brown Band. Last year, I saw Luke Bryan at the Rodeo, and he put on a wonderful show. Bryan has been to the Rodeo now quite a few years in a row, and he knows what to do to get the crowd screaming (it involves a little hip shaking!). Zac Brown Band is also a Rodeo veteran, with crowd=pleasing hits like “Chicken Fried” and “Knee Deep.” It’s always nice to have a Rodeo veteran who knows how to pack in the songs for a full show.

New in 2018: A star-shaped stage. This year, the Rodeo is getting a new custom stage, shaped like a five-pointed star. Each point of the star can be moved individually. The stage still rotates. The new stage is meant to bring the performer closer to the audience, with more room to walk out towards the crowds.

Sold out so far: Garth Brooks. The 3-time Rodeo performer is playing the first show of the Rodeo on Feb. 27. His show is the first (and only, so far) show to have sold out.

See Haley's roundup of live music happening this February, including the beginning of the rodeo concerts.