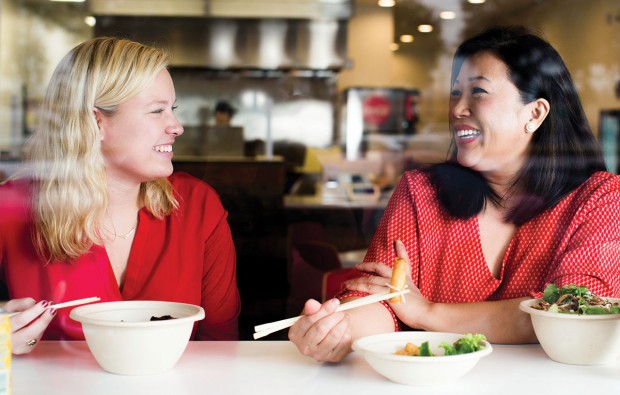 When people think of U.S. destination cities, places like Chicago, New York City, or L.A. often come to mind, but Houston has been popping up more often, especially when it comes to restaurants.

I’m a sociology student at Rice University, where I took the course “Houston: The Sociology of a City,” with Dr. Stephen Klineberg, founding director of the Kinder Institute for Urban Research, a think tank that focuses on urban issues and policy.

As part of a project for his class, I talked with Dai Huynh, who writes our popular monthly column Chef’s Corner – someone who knows the Houston scene well.

Huynh is a James Beard food-journalism award winner and longtime Houston-based restaurant and travel writer. She has a culinary degree from the Culinary Institute LeNôtre and previously was a food writer for the Houston Chronicle. She currently is working on a book, tentatively titled The United States of Vietnam.

How do you think Houston became a culinary capital? Do you think our diverse population has something to do with it?

Houston, indeed, is an ethnically diverse city. I once did an article on dining around the world from “A” to “Z” in Houston back in the early ’90s – we’re talking about the early ’90s here – and I still was able to find a country for each letter of the alphabet. Here we are in 2018, and we’re even more diverse. I can’t imagine the number of restaurants I would highlight today.

When you get such a combination of immigrants, the food scene is guaranteed to be all over the map and just plain good. Houston back in the ’70s was just getting its footing on the food scene. When the ’80s rolled around, you had chefs like Robert Del Grande of Cafe Annie successfully marrying Tex-Mex and Mex-Mex with Gulf Coast sensibilities and ingredients. It was explosive, and the birth of Southwestern cuisine, which Robert helped create, put Houston on the culinary map, finally.

The ’90s were a steady buildup, with young chefs just beginning to spread their creative wings. Meanwhile, the Food Network added glamour and sizzle to the kitchen. Suddenly, it was cool to be a chef, and Houston, like the rest of the country, started to cultivate its own star chefs: Charles Clark of Ibiza, Lance Fegen of Liberty Kitchen, Hugo Ortega, etc.

But it wasn’t until 2008 when things started to really boom for Houston again after a culinary lull. Suddenly, you had the likes of Chris Shepherd, Justin Yu, Ryan Pera, Rebecca Masson, Ronnie Killen, and others exploding onto the scene.

Houston also has relatively cheap commercial and residential rent, and no state income tax, which means cooks and chefs can afford to relocate and open restaurants more easily in the Bayou City. Houston’s zoning laws are more permissive, and more importantly, while the rest of the country was going through the Great Recession circa 2008, Houstonians had cash to spend. This helped attract chefs and notable restaurants, like Nobu and Yauatcha.

What put Houston on the map as a “foodie” city?

Good press helps. Lots of it. Back in 2015, the Washington Post declared Houston one of the top 10 food cities, at No. 5, with Tom Sietsema writing that the city he knew least had surprised him the most: “Houston, where have you been all my (food) life? Your best Vietnamese cooking returns me to Saigon, and some of your Chinese menus rival those I’ve dipped into in Beijing.” He ended with this: “If L.A. and New Orleans had a baby, it might be Houston.” And that is so true!

It caught lots of national attention and confirmed the reason why, after three decades, Chris Shepherd of Underbelly got Houston its second Best Chef Southwest James Beard Award in 2014. Justin Yu followed in 2016, then Hugo Ortega in 2017.

Why do cities like New York still get more food press than Houston?

Most food-magazine writers live in or around New York or on the West Coast, where most reporters love to visit. I’ve never met a reporter who was dying to come to Houston for a vacation. I love you, Houston, but nobody comes to you for the scenery. People come to Houston to work. How boring is that? And so, this city of ours lacks the razzle-dazzle that cities like New York, San Francisco, Seattle and even Portland have. 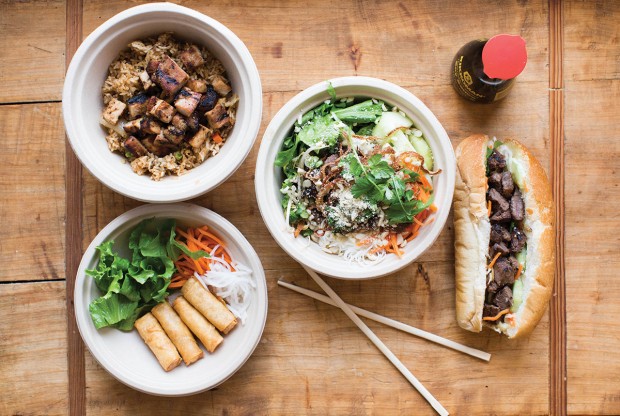 How have Houston restaurants changed over time?

Where do I begin? Restaurants change with the pulse of the city. In other words, they are dictated by local tastes.

Take Hugo’s restaurant. There have been others before Hugo’s who served authentic Mexican dishes, but all failed – even the founders of Fonda San Miguel flopped in Houston. They opened their first restaurant in Houston in 1972, and it quickly closed. The owners moved their concept to Austin in 1975, and it became a hit.

So, back in the ’70s and even the ’80s, Houston was all about Tex-Mex. It wasn’t until the 2000s that Houstonians started to embrace authentic Mexican and were willing to pay for it. The reason? More people have traveled outside the country, and they came home craving the foods they savored abroad.

These days, you rarely need to educate diners. They know it all, and I think that’s partly the reason for the restaurant boom. People get dim sum. They get dosas and idlis, savory Indian pancakes and rice cakes, for breakfast. Have you been to the Flying Idlis? I’ve been waiting for a decade for this kind of restaurant to open. It only serves idlis and dosas, and it’s packed in the morning.

Without a doubt, the Internet plays a part as well, but I simply think people are just more adventurous, and that allows chefs to experiment.

Are restaurants serving the same types of customers?

Yes and no. I think most full-service restaurants opening these days cater to professionals in their 20s and 30s. Are there too many of these restaurants? Yes, I think so, because they seem to come and go. Although young professionals are willing to spend, they’re limited by how much they can spend. So, in some ways, you’re catering to a limited resource.

I think the more financially successful restaurants are counter-service eateries that are a tad hip – not overly so – and cater to young professional as well as families. Look at Adair Kitchen, Local Foods, Tiny Boxwoods and Dish Society. They may not get the press coverage or the kudos, but at peak hours, they have people lining up outside.

And there is always a place for the mom-and-pop holes in the wall. These cheap-eat places are the culinary foundation of Houston. I wish they would get more coverage, like they once did. If you really want to feel the pulse of Houston, you go to these places, like Bombay Sweets, HK Dim Sum, or Arco Seafood.
Back to your question: Are restaurants serving the same types of customers? No, I don’t think so. Houston is just too diverse.

Which cities inspire Houston? Who has a similar cuisine/culture?

Houston dances to its own rhythm. It always has. It’s a delectable stew of cuisines and cultures that few U.S. cities can match, other than New York City and Los Angeles.

Is Houston establishing a specific “Houston” style of cuisine?

Funny you should ask this. I’m actually working on a book that addresses this, at least from a Vietnamese perspective, so let’s start with that. Houston is one culinary mash-up after another. What I mean by that is the evolution of core cuisines in Houston. I’ll talk about what I know best: Vietnamese-Cajun. Just visit Crawfish & Noodles on Bellaire Boulevard to see how the melding of cultures works in Houston. Here you have a communal setting with people sucking on crawfish heads seasoned with fish sauce and Vietnamese herbs.

Then you have the myriad of Gulf Coast dishes around town seasoned with spices from immigrants who have shaped this city: Pakistanis, Indians, Peruvians, Russians, Ethiopians, etc. You’ll even find fish sauce added to provide that little je ne sais quoi to sautéed greens at the cafeteria kitchen at Treebeards. Chris Shepherd loves to use Vietnamese and Korean spices. I guess you can call some of his creations Gulf Coast Asian. The neat thing about this is that the chefs really have a better grasp on these ingredients, and the marriages that come together on plates these days are effortless, not forced, like it was in the early 2000s, when chefs were just learning how to fuse ingredients and cultures together.