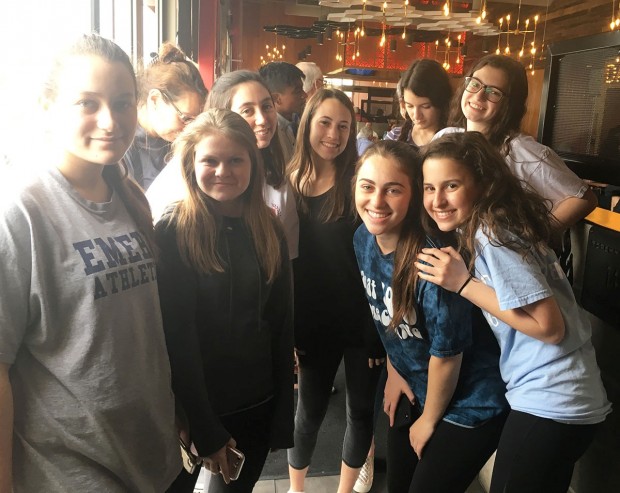 This past month, nine Emery/Weiner students were inducted into the Student Leadership Team, which is composed of the President and Vice President of each of the five major clubs on campus. These include the Student Government, Jewish Life Committee, National Honor Society, Tikkun Olam and Booster Club.

This year, a new tradition of a retreat to Galveston served as the newly inducted members' rite of passage as an SLT member. On the retreat, these five clubs began to brainstorm about how we can make our school a more enjoyable and student-led environment. We wanted to collaborate with each other for more events on campus, thus we bonded and I began to be closer with the upperclassmen.

When asked what the SLT means to her, Jewish Life Committee President Jordan Leder responded, "To me, it is defining what leadership means at the Emery community and setting a good example for younger members to follow in our footsteps.”

The Student Leadership Team is focused on attaining an eminent voice for every student, regardless of their age. Most of the clubs concurred on the fact that the younger students are the future, therefore we need to get them involved and hear their voice as well. Although they may be intimidated by high school, the freshmen should never be afraid to share their ideas and feedback about how we could improve our campus life.

The retreat gave everyone an opportunity to share their ideas, bond with other classmates and invest their passion for Emery into each of their respective clubs.