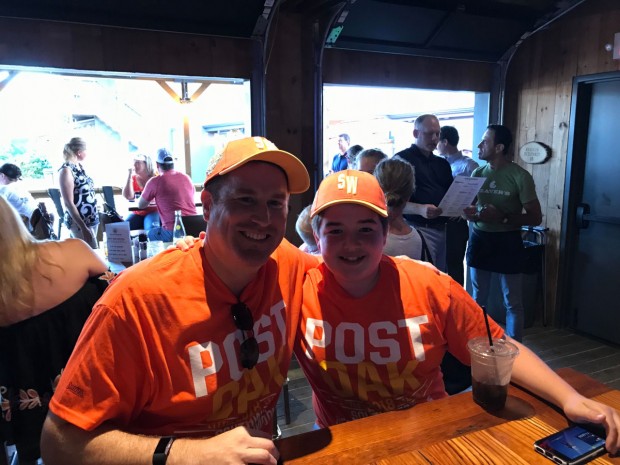 Post Oak Little League remains strong after winning 3-1 in the opening round of the Little League World Series in Williamsport, Pennsylvania.

Although the game started slow with a lighting delay, Post Oak picked up the momentum, holding Rhode Island from scoring more than one run in all six innings.

Before the game, team manager David Rook expressed the mood of the team. “[it is] business as usual. Arriving on Saturday allowed us to get settled earlier than some other US teams, and get a lot of our requirements out of the way - badges, uniforms, equipment, ESPN day, etc. and now we are focused on getting our practice repetitions in - we were able to hit in cages and practice on the field for 2.5 hours on Sunday, then went to an indoor facility for 2 hours today to hit and field - rained most of today so the fields were closed for practice,” he said. Mr. Rook added, “I think we are all proud of being such good teammates, and the team chemistry, which allowed us to play so loose and relaxed on the field. We have been farther than any other POLL 12-year-old team (now winning SW Region is another accomplishment for the boys beyond State Champion).” 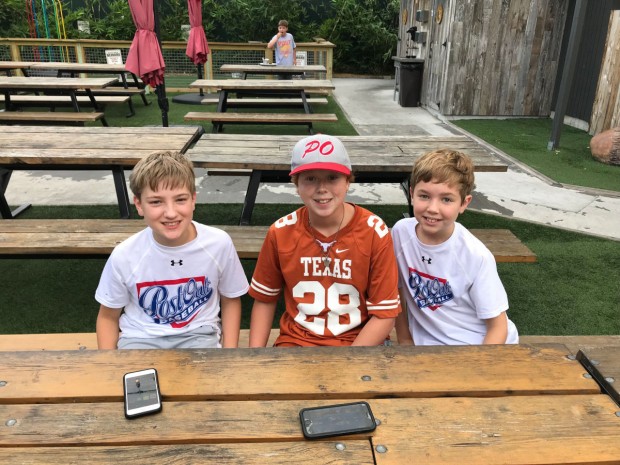 (From left) Vic Gibson, Stephen Shavlan and William Gibson prepare to cheer on POLL in the opening round of the Little League World Series in Williamsport, Pennsylvania. (Photo: Benjamin Cohen)

In addition to the family and friends gathered in Williamsport, many Buzz residents showed up to the watch party at Beaver’s West decked out in their Post Oak pride, wearing their Post Oak SW Regional Tournament Championship shirts, which are being sold at Dick’s Sporting Goods.

Among those in attendance were Post Oak players Vic Gibson, Stephen Shavlan and William Gibson who were most excited to watch the team hit many home runs. 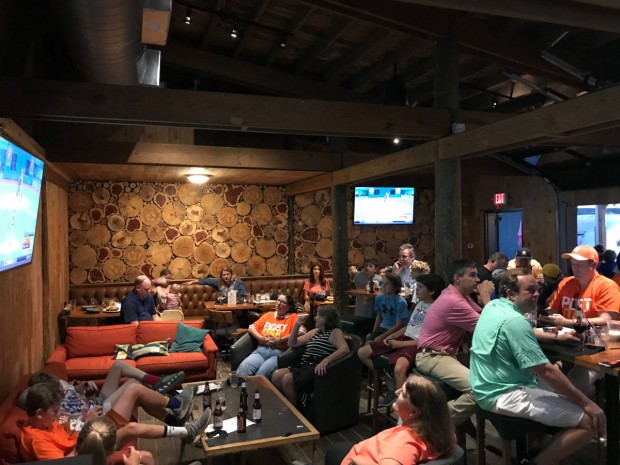 It was a packed house at Beaver’s West as fans watched Post Oak Little League play the opening round of the Little League World Series. (Photo: Benjamin Cohen)

Phil Kelley brought his son Connor to the watch party because Connor played with many of the players on the 12U All Star team, and noted that it is exciting to see them make it this far. Phil said, “It’s a great group of boys and it’s pretty amazing to see what they’ve accomplished.”

When it comes to the message coming from those in attendance at the watch party, incoming 14-year-old Post Oak Little League player Nikhil Shah said, “Just show good work – put the effort in and make sure you have good batting and pitching.” Nikhil’s mom, Roseann Rogers, said, “You did it guys! They believed in each other and come together; it’s true teamwork at its best.”

The immediate reaction as fans watch POLL advance to Round 2 of the Little League World Series. (Video: Benjamin Cohen)

Post Oak will now advance to Round 2, where they will play New York on Sunday at 10 a.m., which will be broadcast on ESPN. See the schedule here. There will be a Brunch Watch Party at Beaver's on Sunday morning. 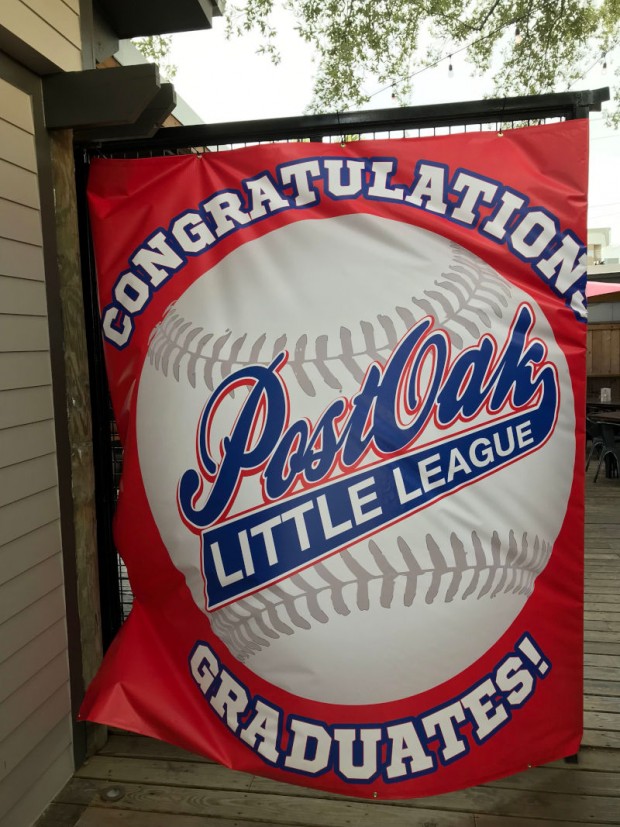 Fans attending the watch party at Beaver’s West were first greeted by a Post Oak Little League sign as they compete in the Little League World Series. (Photo: Benjamin Cohen)