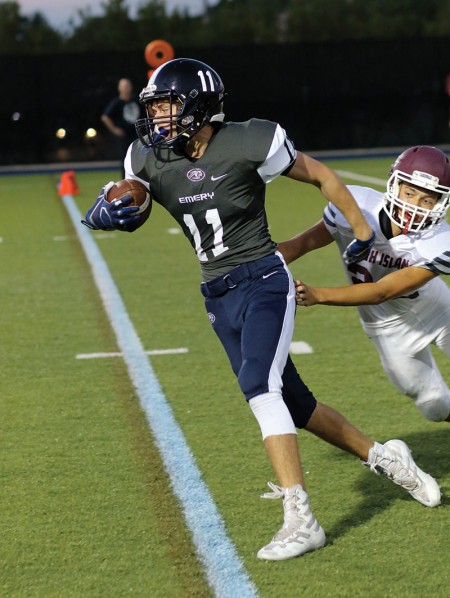 BREAKING FREE The Emery/Weiner School’s Sam Kasser gets by his defender in the Jaguars’ 59-14 victory over High Island. Kasser led the team in receiving yards through the first half of the season.

Three years removed from winning a state championship in six-man football, the Emery/Weiner Jaguars are looking to make their mark again this season. The Jaguars opened the year with victories in their first four games, including a pair of wins by the “mercy rule,” where the Jaguars owned a lead of at least 45 points. In addition, the Jaguars had a No. 3 ranking in TAPPS Division 1 six-man football

“We had a down year last season, with a 3-7 record, so the guys really worked hard in the off-season to make this a bounce-back year,” said Jaguars first-year head coach Jason Reimers. “Only one player on our roster remains from our state-title team, and that’s senior Simon Gerst. He’s one of the team leaders.”

Offensively, quarterback Josh Strauss threw for over 700 yards and 11 touchdowns through the first four games, with his favorite target being receiver Sam Kasser. Kasser had 10 receptions for over 100 yards and a touchdown in those four games. In addition, senior Troy Hays had four touchdown receptions, while running backs Austin Smith and freshmen Leo Gerst were making major contributions on the ground. Defensively, senior linebacker Mitchell Robbins had 53 tackles and six sacks through the four-game stretch.

In the traditional 11-player game, the Second Baptist Eagles were in pursuit of a sixth consecutive district championship. Second Baptist jumped out to a solid start, with a 4-1 record through the first half of the season. “We only have 10 seniors, but they’re all good players,” said Eagles head coach Terry Pirtle. “We also had some big holes to fill with the loss of standout players like Deion Smith and Victor Curne, who are now playing college football at Colorado and Washington, respectively, so our kids have done a really nice job.”

Offensively, quarterback Josh Johnson had already accounted for over 1,000 yards worth of offense through the first five games, while receiver Christian McMillan had 23 catches for 302 yards. In addition, Jaylon Coleman had 16 catches for 220 yards and four touchdowns. Plus, junior Cameron McKeon, who split time with Johnson at quarterback, had thrown for 462 yards and three touchdowns.

But, the most eye-popping statistic belongs to defensive back Johnathon Gooden, who in his last 13 varsity games has accounted for a remarkable 10 interceptions. “That’s a pretty incredible feat,” said Pirtle. In addition, senior linebacker Tyler Holt led the Eagles with 59 tackles through those first five games.  “Our team has a really positive camaraderie,” said Pirtle, “and we’re getting contributions from a lot of kids.” 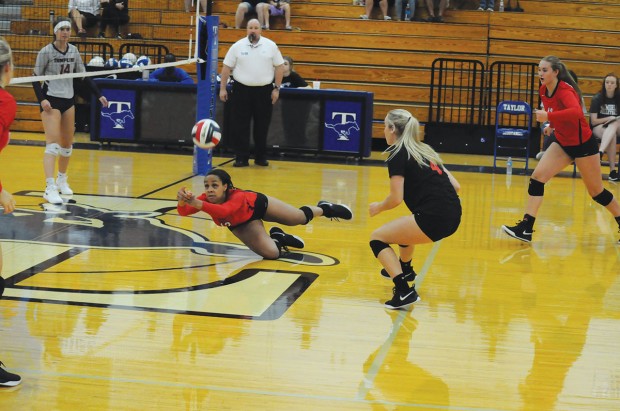 GREAT DIG Memorial Mustang Lauren Elie dives for a save in an early-season match against Tompkins. Elie is one of several sophomore standouts for the Mustangs.

In volleyball, the Memorial Mustangs were enjoying another successful season with an overall 22-12 record halfway through district play. The Mustangs, who advanced to the UIL 6A regional quarterfinals last season, are again led by senior Sanaa Dotson. A two-time all-state player, Dotson will play college volleyball for the Oklahoma Sooners. “She started for us back as a freshmen, which is pretty unbelievable,” said Mustangs volleyball coach Beth Gammill. “Sanaa is also on the American Volleyball Coaches Association Phenom List.  She’s just a great player.”

Another great player for the Mustangs is senior setter Jessica Mayer, who will play college volleyball at Southwestern University in Georgetown. In addition, Gammill had high praise for a number of other players across the Mustangs’ lineup, including middle blocker Brooke Duncan, outside hitter Jessica Hausmann, senior Caroline Isaac, libero Sydney Schroeder and middle blocker Caroline Isaac, as well as sophomores Lauren Elie, Lyla Traylor, Logan LeRoux and Kingsley Wallace. “We have four sophomores seeing significant playing time, so to have a 22-12 record at this point says a lot about their talent,” said Gammill. 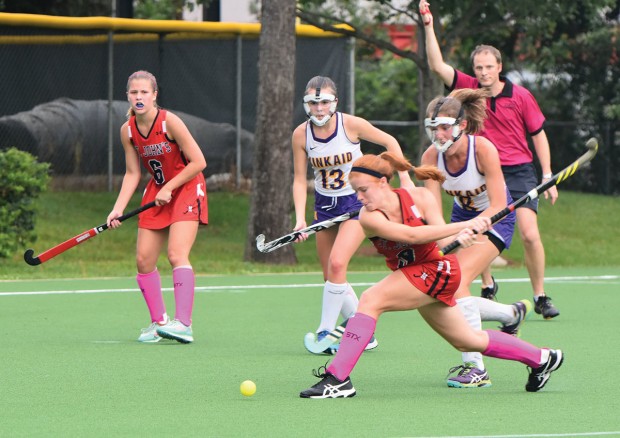 With several returning senior starters, the St. John’s Mavericks’ field hockey team entered the season with high expectations. The Mavericks were SPC champions in 2015 and 2016, but slipped to fourth place last season. “We have a talented team with a lot of depth,” said Mavericks head coach Craig Chambers. “Our senior class is the core of this roster. The Mavericks seniors include Frederique Fyhr, Jaya Krishnan, Natalie Stone, Isabel Chambers, Amelie Perrier, May McCabe, Hatley Post and Amy Worscheh.”

“Six of our seniors have committed to play field hockey in college,” said Chambers. “Most of them are heading to Ivy League Schools such as Columbia, Cornell, Dartmouth, Penn and Harvard. “Plus, another four of our underclassmen have already committed to play at the college level.”