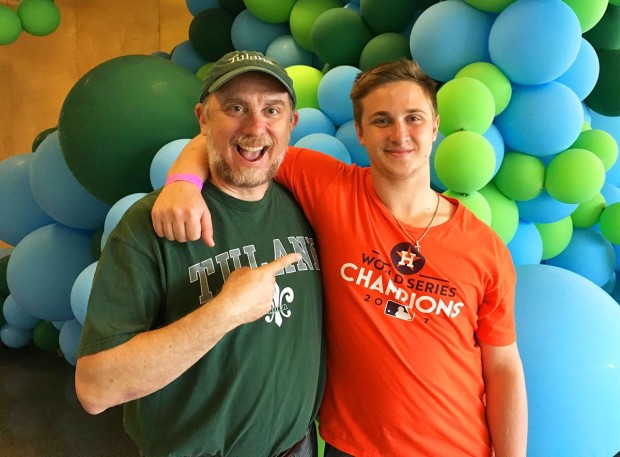 David Nathan was just about ready to hit “submit” on his college admissions book last Tuesday when news of the largest college bribery scandal in history broke the internet. Federal prosecutors had charged at least 50 individuals, including wealthy parents and celebrities, in a scheme to bribe students’ way into elite colleges such as Yale and Stanford and, closer to home, The University of Texas at Austin.

“These parents couldn’t have been in more need of reading the book,” David said. “The main reason we wrote the book was to make people less anxious about the college process.”

David immediately called his co-author, Nick Accrocco, and said, “We can’t publish this without mentioning what just happened.” So David and Nick sat down and cranked out a new section for the book. “Then it felt complete,” David said. They published it on Amazon two days later.

The book, titled Achieving Admission: How to Help Students Get into Selective Colleges and Keep Everyone Sane in the Process – draws on both David’s and Nick’s expertise. David, a Bellaire resident, is a veteran English teacher whose two kids have gone through the admissions process, while Nick has worked on both sides of college admissions, both as an admissions officer and as a high school college counselor. David currently teaches English at St. John’s School, where he met Nick, who used to work in the school’s college counseling office. Nick now serves as the co-director of college counseling at the Ranney School in New Jersey.

Nick and David started working on the book four years ago, but the timing of the book’s release could not be more appropriate. The recent scandal demonstrates the lengths some of the wealthiest parents will go to get their kids into a big-name school. To David and Nick, part of the problem – and a key message the book tries to bring home – is the false notion that there is one “right” school for a student. In reality, there are more than 3,000 four-year colleges. Even if one aspires to attend a school ranked in the top 10 percent, that leaves 300 schools, David noted.

“I don’t know anyone whose lifetime happiness is solely dependent on where they went to college,” David said. “Why do you have to bribe your way into USC?” he asked, referring to actress Lori Loughlin and her fashion designer husband Mossimo Giannulli, who allegedly paid $500,000 to get their two daughters into the University of Southern California. “Wouldn’t her kid have been just as happy at, say, Santa Clara University?”

Even before the news of the college scandal broke, David and Nick knew parents were taking extreme measures, albeit legal ones, to get their kids into competitive schools. The book recounts one student, nicknamed “Lime Girl” who Nick came across when he worked in the Vanderbilt University admissions office. Lime Girl was waitlisted at Vanderbilt, and, due to some strange logic, the student’s mother mailed a bag full of limes to the school, along with “fun facts about the key lime” (she was from Florida), trying to give her daughter an edge. The mother continued to pester the admissions office, pleading with them to admit her daughter. Ultimately, Lime Girl was admitted to Vanderbilt. But the admissions office was sure to tell her parents it wasn’t because of the limes. “If that had gotten out, everyone would be sending limes,” David said with a laugh.

Nick remembers that while the limes had no effect on Lime Girl’s admissions, it did give the office a few laughs.

“There are certainly ‘gimmicks’ that are employed,” Nick said. “They aren't common, they are often amusing, and seldom move the admissions needle one way or the other.” 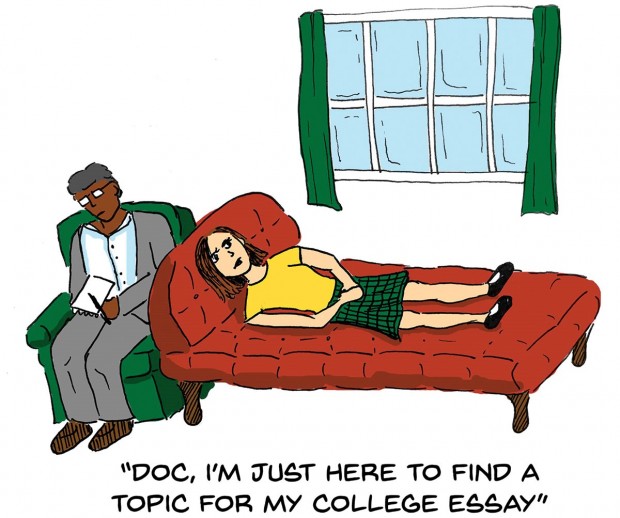 COLLEGE CONFESSIONS Created by Brooke Kushwaha, this cartoon appears in David Nathan and Nick Accrocco’s Achieving Admission: How to Help Students Get into Selective Colleges and Keep Everyone Sane in the Process.

As seemingly unbelievable as Lime Girl’s story is, it does reveal an underlying truth about the undue value some parents ascribe to a college acceptance. Achieving Admission recounts how Lime Girl’s mother, not Lime Girl herself, was most excited about gaining admission to Vanderbilt. In fact, when the school called the mother about an hour after informing Lime Girl she was accepted, the mother started screaming in excitement over the phone. The daughter, meanwhile, displayed little to no reaction, though she did decide to enroll at Vanderbilt.

If nothing else, this story, along with the massive bribery scandal, should serve as a wake-up call for parents. True, we live in a society where attending a certain college brings prestige, not just on the attendee, but on their parents, too. “If a kid gets into a prestigious school, people think ‘oh, you must be a good parent,’” David says.

But is the time, energy and anxiety that parents suffer to get their kid into a top school worthwhile? Academic research says the answer is generally no. In 2014, economists Stacy Dale and Alan Krueger published a paper on the monetary return of attending a top college. They found that after controlling for factors such as students’ SAT scores, economic background and college ambitions, there was virtually no difference between attending a top college and a less selective one. It seemed that the kids who are going to be successful will be successful regardless of which institution they attend.

The researchers did find some exceptions; for example, for black and Hispanic students and students from less privileged backgrounds. For those students, attending a top college did result in a higher financial return. The authors note this could be because less privileged students do not have the same networking opportunities as more privileged students, so they benefit disproportionately from the social capital afforded by attending a selective college.

If fretting over college admissions isn’t worth it for many students, what can students and parents do to stay sane through the complex admissions process? First is simply understanding how the admissions process works. David and Nick’s book illuminates details of the process, and David also recommends visiting college websites themselves. Colleges release all kinds of data, including statistics on how many students from different states, socioeconomic backgrounds and races apply and are admitted. Nick says your in-house college counselor, or an ethical independent counselor, are great resources.

Parents and students can also help themselves by conducting diligent research and reflecting on their goals before applying. It worries David to see a student go through the rigors of applying to a hundred schools, simply because they have no idea what they want.

The perfect story, David says, is not the kid who gets into every single Ivy League school. “Why would you even want to apply to every Ivy League school?” It is instead the kid who knew what kind of school he wanted to attend, applied early decision, got admitted and was done with the whole anxiety-inducing process in November of  senior year of high school, he says.

But even if you or your child does not get admitted to their dream school in November, more often than not, everything turns out just fine.

“Yes, it's stressful. Yes, it's overwhelming. And yes: society makes a big deal about it. However, the research shows that most students who apply to college are admitted somewhere and take a four-year degree and life is great,” Nick says. “There is a lot of stress and worry. I get it, but I just keep repeating ‘it will all be okay.’"

With an abundance of resources out there, we put together a list of additional helpful books, websites and tools for students and parents embarking on the college application process. This is just a starting point; there are many helpful resources available online.

For more on this topic, look for Rania Mankarious' article on Sunday Mornings with Rania. The executive director of Crime Stoppers of Houston, Rania provides perspectives on what's going on in the news, plus crime-prevention and safety tips.