Live Music in Houston This March 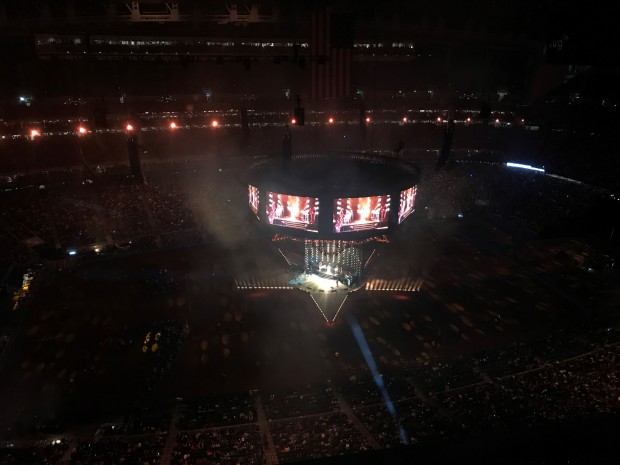 It’s rodeo season y’all! Some of the best performers in the world are here in our town this month, so who cares about anything else? Check out some of the amazing artists and celebrate living in one of the best music cities in the country!

Mar. 1: Cardi B @ Houston Livestock Show and Rodeo
Cardi B, arguably the top female rapper in the world right now, is starting off March at the Rodeo. It will be really interesting to see how Cardi moves around NRG - I predict a show with lots of movement and surprises.

Mar. 5: Camila Cabello @ HLSR
No doubt you have been singing “Havana” in your sleep. Now see it performed live at the Rodeo!

Mar. 13: Santana @ HLSR
If you’re going, I’ll see you there! Santana is a Latin rock artist who has been around for years. I have seen him in concert before, and he puts on a great show. I can’t wait to hear him in a huge venue like NRG!

Mar. 14: Ice Cube @ House of Blues
Ice Cube, who I saw at ACL two years ago, is a fun performer with tons of energy. Whether you like his music or his acting on Law & Order SVU, you should check it out!

Mar. 17: George Strait @ HLSR
George Strait, who keeps threatening to retire (but won’t!), is a Texas AND Rodeo legend. This year, he’s bringing along Lyle Lovett and Robert Earl Keen to play with him.

Mar. 21: Queensryche @ House of Blues
I’ve seen Queensryche before at HOB Houston, and they put on a really fun show. Definitely a little harder rock than the classic rock I’m used to, but you’ll definitely recognize the song “Jet City Woman.”

Mar. 26: Michael Bublé @ Toyota Center
Michael Bublé is back on the scene, having taken a break from performing. All tickets include a digital copy of his new CD too!

Mar. 26-27: Ali Wong: The Milk & Money Tour @ Revention Music Center
Ali Wong is an awesome comedian with two specials on Netflix. She is known particularly for her hilarious pregnancy jokes. Luckily, she’s playing two nights, so you have double the chances to see her in Houston!

Mar. 29: Houston Blues Festival @ NRG
By the 29th, the Rodeo will be over, but the fun at NRG continues! This is the 13th annual blues festival, featuring TK Soul, Tucka, Lenny Williams and others.

Mar. 30: Hozier @ Revention Music Center
A few summer ago, you couldn’t go anywhere without hearing Hozier’s “Take Me to Church.” He has released new music since then and continues to tour all across the globe.

See all upcoming events on our calendar here and all blog posts by Haley here. See the full Rodeo schedule here.