Bookworming in the Summertime: Book Recommendations for Young Adults 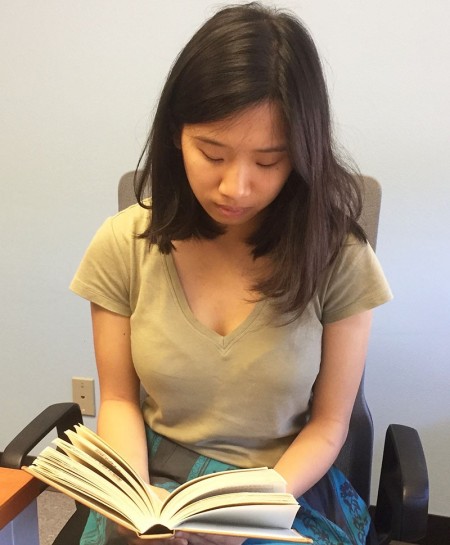 During the summer, I spend hours at the library, browsing through bookshelves until I find the perfect book - and it’s so hard to choose! I asked other young people around the neighborhood what they’ve been reading lately, and they gave me recommendations on a variety of topics.

Physics for Future Presidents is a non-fiction book written by Berkeley professor Richard Muller. “It’s about physics but not in a complicated way,” said Ryan Knightly, a graduate of Bellaire High School who will soon be a freshman at Rice University. “It’s described to the extent that an informed citizen or leader should understand. It explains the physics behind the issues of terrorism, energy, space travel, and global warming. This book would be great for anyone who respects science and wants to be an informed citizen.”

11 Birthdays is a young adult novel by Wendy Mass. “It’s about a boy and a girl who always celebrate their birthdays together,” said Ella Lee who will be a freshman this fall at Bellaire High School. “They were born in the same hospital, on the same day, so they became best friends. But they celebrate their 11th birthdays separately after they get into a fight, and then they have to relive the same day over and over again. I like this book because it is a little bit of a mystery, and you have to figure out what’s going on.”

The Black Company is a series of fantasy novels by Glen Cook. “It’s about a mercenary company that gets hired to fight against a rebellion,” said Vincent Zhang who will be a junior this semester at Rice University. “I adore the world building it uses and the separation of spheres of influence it has going on. At the most basic level, it’s just the company’s Annalist talking about everyday events. The level above that is the military actions they undergo. Then another level above that is the politics of the empire they’ve been hired into.”

Berserk is a beautiful manga series written and illustrated by Kentaro Miura. “The main character is a medieval mercenary named Guts,” said Eric Verchere, a graduate of Bellaire High School and a rising freshman at Texas A&M. “He’s trying to kill his best friend for assaulting his girlfriend. There’s a theme of hardship in this series and also one of trust since Guts has to learn to connect with people after growing up in an abusive household. I recommend this series to anyone who is looking for a good tale of revenge and redemption.”

The Gulag Archipelago is a non-fiction book by Aleksandr Solzhenitsyn that details the horrors of the Soviet gulags of the mid-20th century. “It examines how the conditions in the gulags came to be, and how we all could protect against spreading evil and even reduce it,” said Caleb Godard, who will soon be a sophomore at the University of Houston. “This book is close to my heart for many reasons, but mostly because of Solzhenitsyn's warning against small lies which add up to create catastrophe.”

One of my favorite books is the poetry collection Some Say the Lark by Jennifer Chang. It’s a gorgeous meditation on nature, loss and living in the modern world. My favorite poem in the book is “Again a Solstice” because it is about self-forgiveness and overcoming alienation. Don’t worry if you don’t usually read poetry -the poems in Some Say the Lark are relatable and compelling. This collection is great for anyone who has ever been lonely.

Have a great time reading this summer and be adventurous! There is so much to learn from reading books in genres and styles that you are not used to.