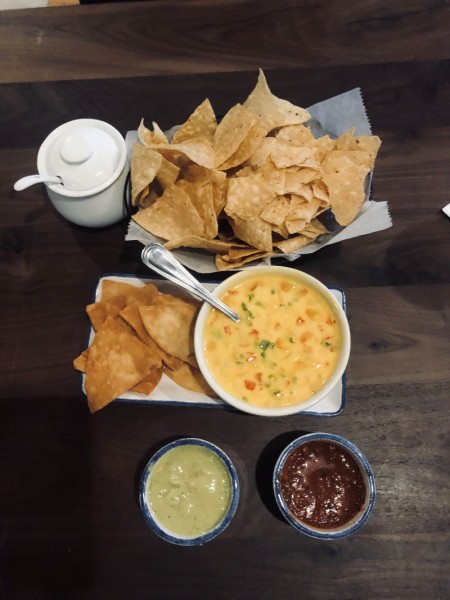 Queso is a staple appetizer at Ninfa’s. (Photo: Pooja Salhotra)

“This is liquid gold,” my friend Gabrielle Santiago said while dipping another tortilla chip into the quickly-vanishing bowl of rich queso, a Tex-Mex staple.

Gabrielle had wisely fasted for much of the day to prepare for a dinner of sizzling fajitas and tacos al carbon at The New Original Ninfa’s Uptown Houston. The restaurant features the same menu as The Original Ninfa’s on Navigation, a classic spot in the East End credited with introducing fajitas to our collective pallets. Parts of the aesthetic of the new location, (1700 Post Oak Boulevard), matches the original. Vintage photos and a Mexican flag hang on the walls, the wait staff is dressed in tops with brightly colored floral patterns, and the entryway features a framed photo of Ninfa Laurenzo, the woman who started it all.

At the same time, the new restaurant has a different feel than the original. It’s grander - with high ceilings and wooden beams, huge windows overlooking a bustling Houston intersection just steps away from the Galleria, a centrally-located bar with TVs playing the Astros game. 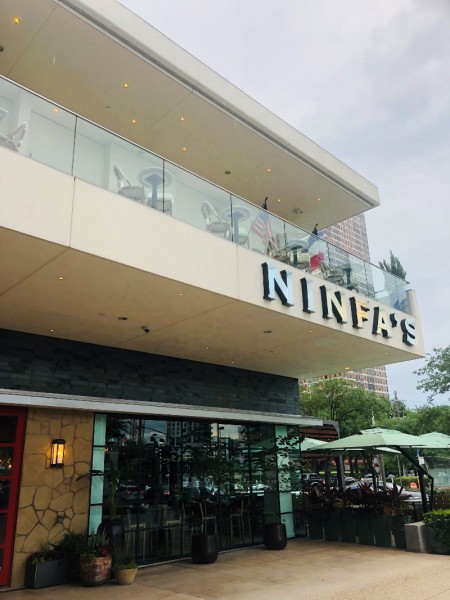 “We can’t replace the ambience of The Original Ninfa’s,” said executive chef Jason Gould. “People grew up with it. People used to go there and see Mama Ninfa sitting at the table. But what we are doing is replicating the food.”

And at that, the new Ninfa’s has already succeeded. Gabrielle and I started off our evening with queso and Ninfaritas - the restaurant’s original margarita recipe. We then moved onto sizzling fajitas and tacos al carbon with rice, beans and pico de gallo. We topped it all off with a raspberry-flavored sopapilla. By the end, we’d eaten more than our fills, and I can attest that the food was on par with that at the Navigation location.

River Oaks resident Erin Hicks, a cookbook author and hospitality designer who has long been a fan of the Navigation location, agreed. “They are famous for their fajitas, and they were more delicious tonight than I ever remember them being,” she said after dinner on Thursday evening. 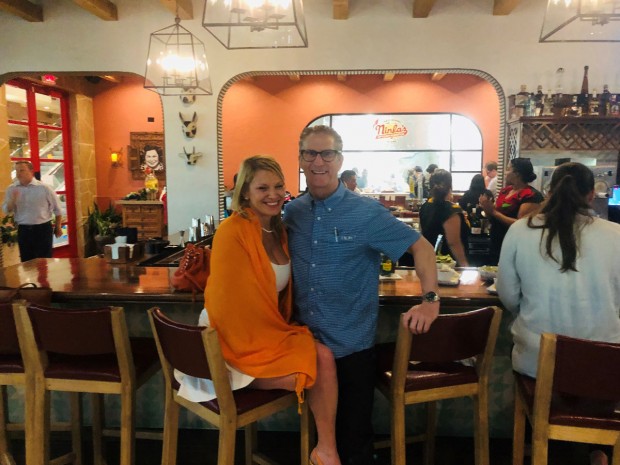 For Legacy Restaurants, who has owned and operated The Original Ninfa’s on Navigation since 2006, achieving a balance between old and new was the ultimate challenge.

“We wanted to make this place appropriate to Uptown,” said Legacy Restaurants VP of Business Operations Dave Mayes. “It’s a much different area so you can’t fake it, but we tried to bring some of those elements and make this place as comfortable to walk into as the other one.” 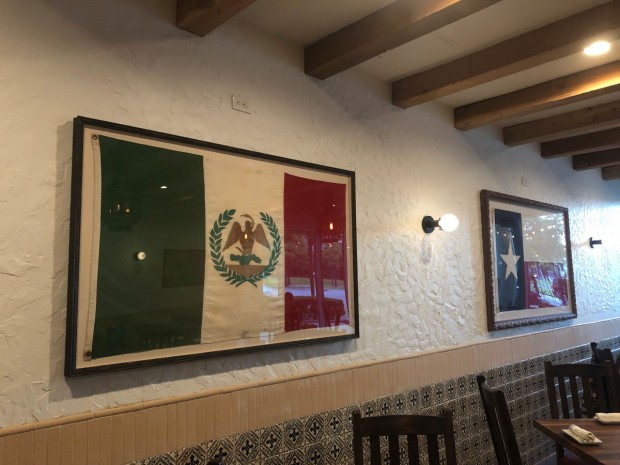 The walls of the new Ninfa’s feature framed vintage photos as well as a Mexican and Texas flag. (Photo: Pooja Salhotra)

That other location first opened back in 1943 as a small taco shop within Mama Ninfa’s tortilla factory. She quickly attracted a loyal following of diners who craved her authentic Mexican cooking. Over the past 46 years, the establishment has grown into a celebrity hot-spot and a favorite for generations of Houstonians.

Dave said he hopes the new location also becomes a go-to for locals. Though the restaurant has held a soft opening for the past two nights, inviting friends, family and the media, they officially open to the public on Monday, June 10, starting for lunch at 11 a.m. 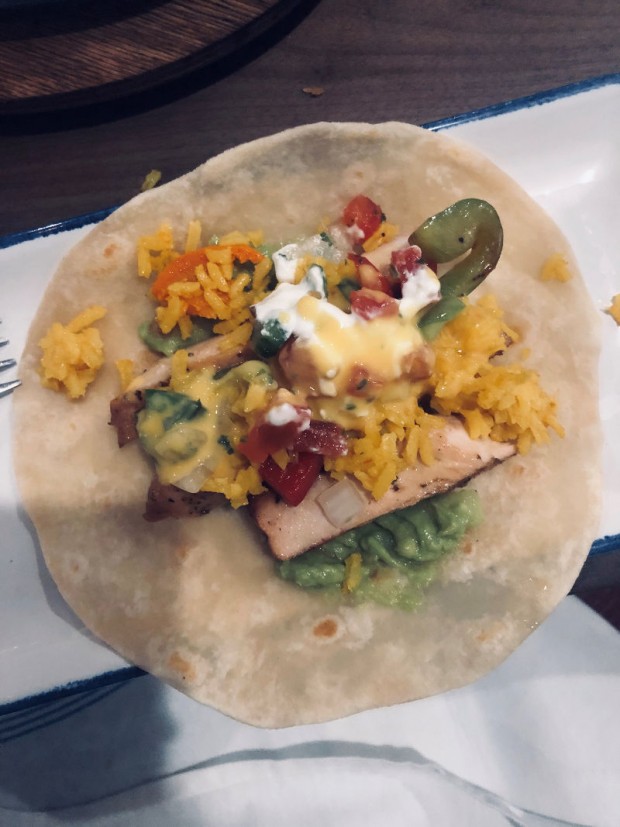 There’s only one way to eat a fajita: fully loaded. (Photo: Pooja Salhotra) 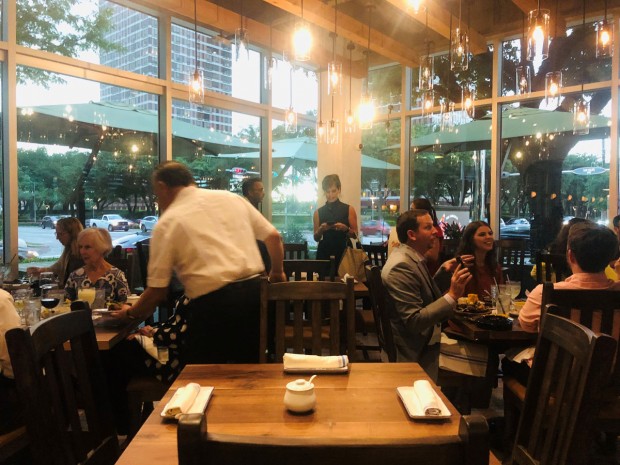