The Lifestyle of an Elite High School Athlete 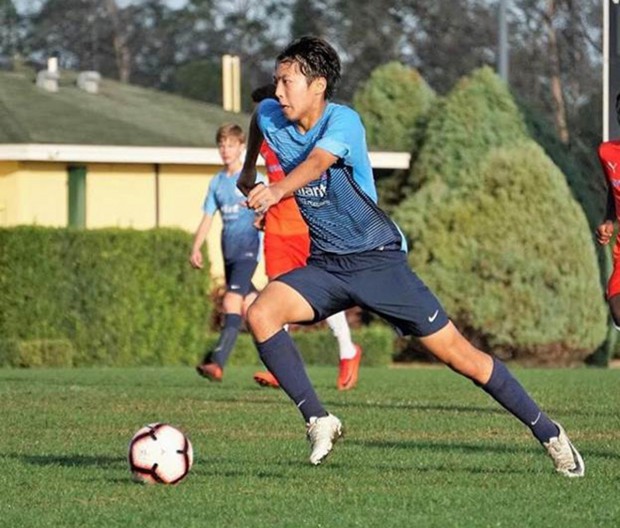 The average high schooler sees summer as an escape, a break from all the work and stress of school. Summer is meant to symbolize a chance to recuperate after a year of school’s drudgery. Yet, for Ricky Kai, a sophomore at Bellaire High School, the summer entailed three months of intense workouts and practices as an elite high school soccer player.

In order to be competitive, elite student athletes have to constantly be working to perfect their game. Without all the restrictions from school, summer provides the perfect opportunity to achieve success.

“The most important thing is fitness,” Kai said. “If you don't run or do physical activity year round you lose your edge, and playing at an elite level it’s costly.”

The amount of pressure that ensues with all the laborious physical activity and exertive competition forces athletes to have a fortified mental game.

“You have to have confidence in yourself,” Kai said. “if you don't, you’re going to doubt yourself and hesitate during the game, you start to become less aggressive and timid with the ball. If you do that you’re not just letting yourself down, you’re letting your entire team down.”

The environment of elite sports is incredibly hostile, but it can also reap rewards.

Kai and his soccer team managed this summer to navigate the competitive field of soccer to reach Southern Regional Championships in Baton Rouge Louisiana. The team won the Texas State Cup, and moved on to the Southern Regional Championship in a bid to make it to the nationwide competition in Virginia. All the hard work, practice, and a sacrificed summer was set to pay off.

“We made it to the semifinals,” Kai said. “We were so close to making it to the finals.”

Kai’s team worked to reach this moment the entire summer, and he was pleased with the outcome.

“I’m happy that we managed to get so far in the tournament,” Kai said. “It makes you realize that all the sacrifice is worth it.”

Although the summer ended and school resumed, the cycle of elite sports continued.

“You have to put in the work to get the results,” Kai said.

For this 15-year-old soccer athlete, the grind truly does not stop.