From reader to writer 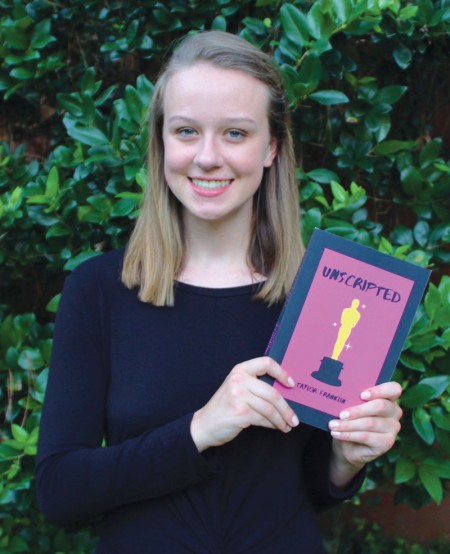 I’ve wanted to be an author for a long time – since seventh grade, to be exact. I became fascinated with the idea of changing people’s lives with my own books, exactly like countless authors have done for me. I was already an avid reader, so why couldn’t I be an avid writer? So I began to write and realized that I had found my passion. Four years and two uncompleted manuscripts later, I finally finished the first draft of my first book, Unscripted, a rom-com following a teenage girl who becomes famous overnight and has to fake a relationship with Hollywood’s insufferable teen heartthrob for publicity.

Writing a book, especially at 16 years old, is even harder than people would think. Writers go through quite a few drafts, and the plot of their story can change quite a bit. I went through seven drafts before I self-published Unscripted on Amazon. The book, as a whole, took 13 months to draft, write, edit and change. Two other people I trust read my book and checked for typos, and I had to reformat my work for it to fit a paperback book layout.

Once the manuscript was ready for publishing, it was time for me to conjure up a title. Most people were shocked that I didn’t have a title from the very first page, but Unscripted had been changed so much throughout its drafts that I couldn’t decide on the perfect title until the end.

Self-publishing only means that the author of the book has all rights and does the work themselves. I did everything, from writing to editing to formatting, and Amazon prints it to order. Now there is a book out there that is 100 percent mine, and I wouldn’t change a thing about it. The triumph I felt when my book appeared on Amazon’s page was hard to put into words.

I am thrilled to now be able to share my passion and stories with the world in the form of books. Through persistence and dedication, I’ve learned that I can achieve anything I put my mind to.