'Salt': Spicing up our Food and History 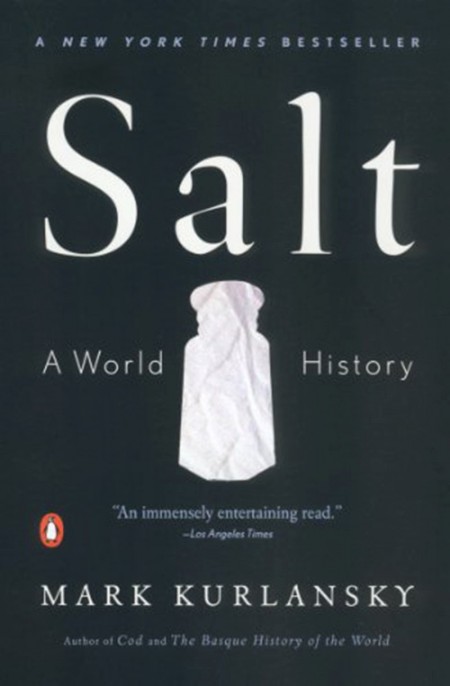 Alexandra Drake from Houston Public Library was fascinated by Salt by Mark Kurlansky.

Remember the days when you were assigned a school book or reading list? Being told what to read by teachers and professors who you knew little to nothing about, on subject matter that either seemed inherently dull or boring due to the obligation? For those of you who do not, picture a 16-year-old boy describing a book about the history of salt. We’ll call him “Tony,” and he is not into it.

Tony walked into my office to volunteer at the library over summer break, and mentioned this “super boring” book, simply titled Salt by Mark Kurlansky. Since my father is a historian, my curiosity was immediately piqued. “Salt, you say? What’s it about?” I asked. “I dunno. It’s just about the history of salt around the world. I don’t like it,” Tony shrugged. “That sounds AMAZING! Who wrote it?!” I responded, with an enthusiasm that both surprised and amused him.

I immediately placed a hold on the e-Audiobook, taking up space in a queue almost certainly filled with other ambivalent adolescents, and was delighted a week or so later when it became available. While listening to this book, I told no less than a dozen people how incredible it is. Since finishing it, I have told anyone who will listen that it is fascinating, amusing, disgusting, enlightening and delightful.

As it turns out, salt is an item that costs pennies today, but at one time it developed nations, created a global economy and shaped human civilization. It is as necessary as the air we breathe and the water we drink, and its history is as rich as the foods it enhances all over the world.