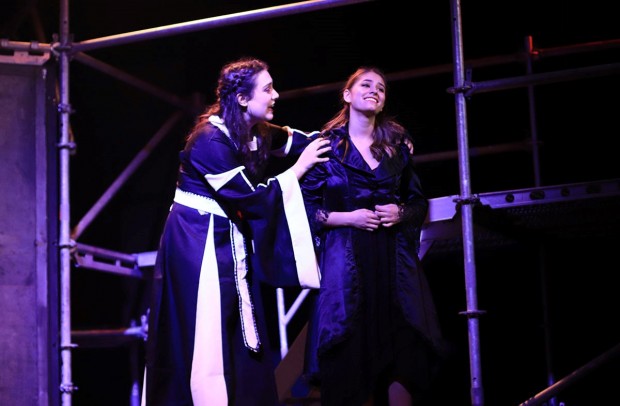 The Emery Weiner School’s production of Romeo and Juliet has been in the rehearsal process for the entire school year, so cast members are all ready to finally put the show up on its feet. Actors in the show were given their lines in May in order to have their lines memorized by the first day of school.

After memorizing lines, the cast did weeks of tablework in order to understand what their character is trying to say, since the show is in Old English. Next, the cast deciphered the intentions of each character and discovered why they say and do everything that they say and do, thus bringing the show more meaning. After putting some motivation into their words and actions, the actors did weeks of blocking work, putting each scene up on the stage one by one. This stage was several weeks long and led into the last stage of every rehearsal process: full show run-throughs. The cast has been doing full show run-throughs and will continue to do them throughout their entire tech week from Oct. 3-Nov. 1. Tech week entails that cast members stay at rehearsal until 9 p.m. on school nights and 7 p.m. on Sundays. 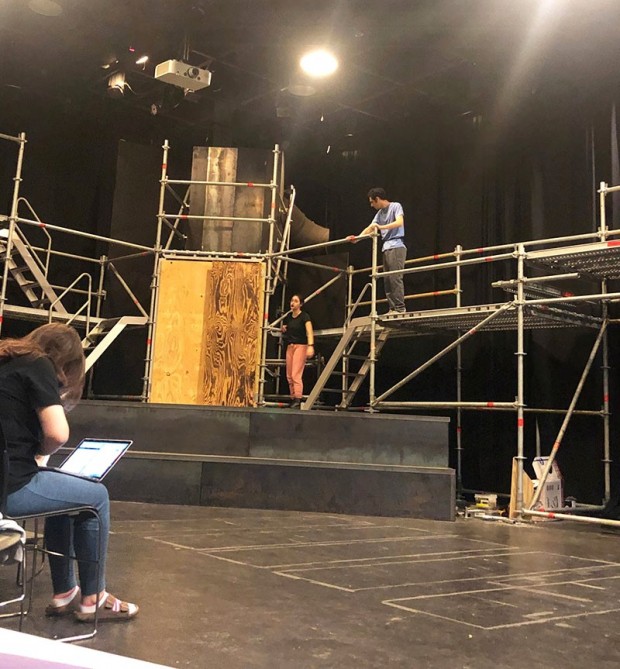 Although all the pieces of the show have been put together, director Jennifer Bauer-Conley is still giving notes to the cast and crew to ensure that the show is at its best.

Since Shakespearean directors tend to add a unique spin to their performance in order to individualize it, director Jennifer Bauer-Conley has decided to produce the show in a “steampunk” manner. The costumes are mostly black or dark red, and everyone dons dark makeup and accessories. Some cast members are even wearing fake tattoos to amplify the brooding events of the play.