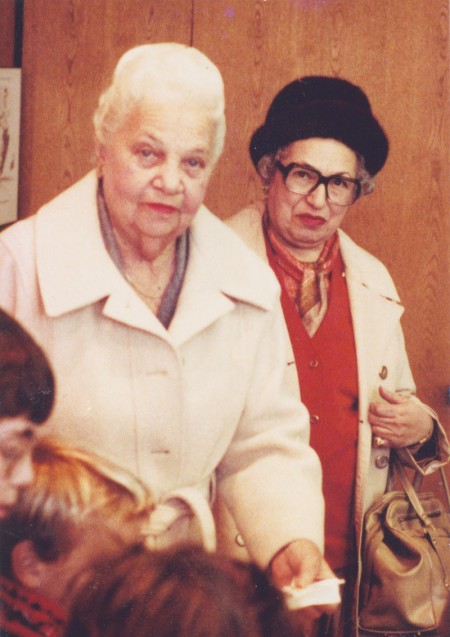 They say opposites attract. And I think what “they” mean is that, in couples, if one partner is talkative, the other is quiet. If one is creative, the other is practical. It makes sense, because, hopefully, you balance each other out.

But I don’t think anyone ever reasoned that whole families who are opposites would gravitate to each other. That’s what has happened, though, in my family’s four-generation friendship with another.

It started with my generation’s grandparents. My Grandma Helen and their “Nanny” looked from the outside to be total contradictions of one another. Helen was, literally, the slowest person I have ever known. This is not a bad thing; it’s just fact. Driving down 61st Street in Galveston, if you got held up in a long line of cars going 15 miles an hour, you could bet you were behind my Grandma Helen. Florence, on the other hand, was “speedy-weedy,” as Grandma Helen said. She was efficient, and she got things done. But the two of them somehow became unlikely best friends.

I don’t know how they made it work, but Helen and Florence traveled all over the world together, Florence dragging Helen through the streets of Hong Kong and Mallorca and Las Vegas, where they made sure to check out Kmart, their favorite store. Florence would walk to the end of the block and back so that she could keep moving while Grandma Helen caught up.

The same way they fit as travel partners, so did their sons – including my dad – and their wives – my mom. I can’t remember all of their trips together, there were so many. I do know that at one point they’d been together so much that they didn’t realize until two weeks later that the dads had switched credit cards somewhere in New York and had been using the other’s all that time. How they reconciled that – or if they even did – I don’t know.

When we were old enough, my generation – four of us altogether – got to go along. Together, our four and theirs went to New Mexico, LA, Florida – all over. We spent their dad’s 50th birthday at Disneyland and later that week ran into Annie Lennox (from Eurythmics) seated next to us at dinner. We spent his 60th (or was it my dad’s?) in New York, having dinner at the Michelin-starred Daniel, where 10 of us (there were some spouses by then) each ordered a different dessert, then ceremoniously passed them counterclockwise until we all had tasted everything.

Still, our family was slow, content to go with the flow, in no rush to be anywhere at any specific time. Theirs had a schedule, and things to do and see, and dinner reservations planned months in advance. They were always a few minutes early, sitting in the lobby chairs, tapping their feet until we’d stroll in, at least 10 minutes late. 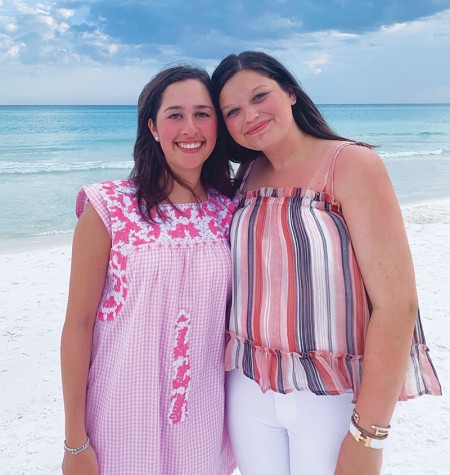 Great-granddaughters, Claire and Maddie (from left), vacation together.

My generation – the four kids – backpacked through Europe together one summer; we still talk about the lecture my sister and I got one morning over chocolate croissants in a Paris hostel: “If you want to meet at 8:30, say we’ll meet at 8:30. But if we say 8, be there at 8!” (The video from that trip was deemed required watching for any future spouses. I don’t think that was ever enforced, but it provided years of threats.)

And again, just like with Helen and Florence, somehow it worked.

I’ve always been thankful for this special friendship, but I didn’t consciously think about it until the fourth generation – my children – came along. When their daughter (they already had a boy) was born three weeks after my younger daughter, we laid them side by side on a blanket, their daughter just days old. And as those two grew into fluffy babies with the two chubbiest pairs of legs you’ve ever seen, we’d compare – whose were chubbier?

This generation – their three and my two – talks daily, thanks to Snapchat. They’ve traveled together, and they’ve spent every year of their lives getting together, with the rest of us, for long weekends in Galveston, swimming, riding go-karts, going to La King’s.

This past summer, my younger daughter joined their family on vacation in Seaside. I couldn’t help thinking that things had come full-circle. From these girls’ great-grandmothers, to their grandparents (still dear friends), to their parents (also still dear friends), to them. None from their generation knew their great-grandparents. But those two unlikely sidekicks set the stage for endless family adventures that we all will smile about for our whole lives.