A Wiley made it to Broadway 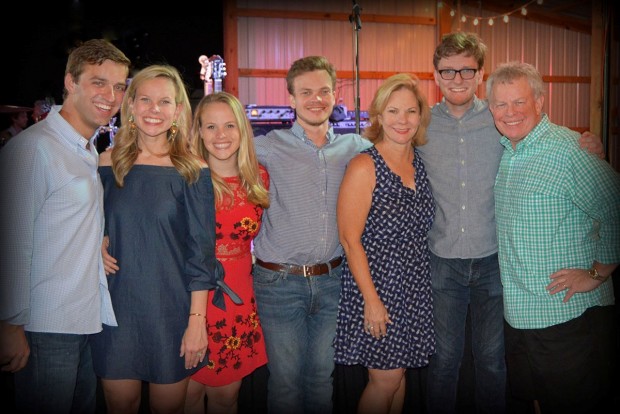 Fourteen years ago, The Buzz told the story of an 11 year old named Wiley who lost both parents within a year of one another to cancer. The story was about his move to Texas to join a large family of cousins and the amazing way things unfolded from there.

As it turned out, there were two Wileys living a matter of blocks from each other, in Bellaire and West University, with an uncannily similar set of highly unusual circumstances. It’s a story I still can’t believe, and I wrote it.

What prompts this update is a newsflash about the Bellaire Wiley. Wiley DeWeese is all grown up and directing the orchestra for the musical The Lightning Thief on Broadway in New York City, right now as we speak. It opens Oct. 16 and runs through Jan. 5. Let’s go!

Wiley’s own story has all the elements of a Broadway-destined tale itself, starting with the Brackendorffs.

Everybody knew the Brackendorffs. Mom Jean was a top executive with Texas Instruments, poised, organized and somehow seemingly around for the important times for their brood of three. Dad Bo was a corporate CPA, calm, unruffled and often still pressed and pleated on dad duties meticulously orchestrated by Jean’s color-coded calendar.

The kids were active in sports, Scouts and Bellaire United Methodist Church. All three entered Horn Elementary. There was a rhythm and predictability about the Brackendorffs that was unrivaled in an already predictable community. However, if there were one word the Brackendorffs would not claim about themselves, it was “artsy.”

Then, something decidedly un-Brackendorffian happened. Wiley, an 11-year-old bolt of lightning from San Francisco, stepped into the family cast. He fit in like the bottom rung of a kid ladder, from Katherine, 17, Thomas, 14, and Patricia, 13, to Wiley, 11. “The first time Patricia yelled at me, I was so happy. I finally felt like an annoying little brother,” said Wiley.

This Texas family of sports-minded, conservative-leaning Methodists enfolded this artsy, Unitarian-raised, only child.  “They loved me with the same love,” Wiley said.

Wiley’s early childhood had been shaped by experiences like watching his father, Dall, working the lighting for The Phantom of the Opera in San Francisco, while his mother, Tomianne, worked on costuming. Wiley remembered getting a view from his dad’s towering perch. The crashing chandelier made such an impression on him that, in elementary school, he reenacted it in his own production with an elaborate construction-paper chandelier.

While Wiley was still a preschooler, Tomianne (Bo’s first cousin) was diagnosed with breast cancer. Later, Dall developed a form of lung cancer called mesothelioma. Jean said Tomianne asked her, only once, to please take Wiley if anything happened to them both. The two families vacationed together once a year, but otherwise lead their normal lives. In 2002, Wiley’s dad died. Less than a year later, his mom passed. Wiley finished out fifth grade in his own home, cared for by close family friends who moved in, and then, he moved to Texas.

Wiley’s piano was added to the Brackendorff household, and Jean was suddenly calling “artsy” families like ours to find out about schools and music lessons. Wiley followed a path that led him to The High School for Performing and Visual Arts in jazz piano, where he solicited the talents of other students and came up with his own musicals, orchestrating entertaining fundraisers, aimed at parents, to pull them off.

“If there is one influence that got me here, it’s HSPVA,” said Wiley. But NYU, where Wiley went to college, helped. “I was able to take advantage of my status as a student to worm my way into orchestra pits and visit with the conductors,” said Wiley.

Prior to his Broadway debut, Wiley was the music director, conductor, and co-orchestrator for The Lightning Thief on its successful 2019 national tour, which earned its spot at Broadway’s Longacre Theatre.

Wiley is still close to his San Francisco roots, including many of his parents’ friends in theater. The home he grew up in has been rented by family friends all these years, enabling Wiley to go home for regular visits. One day the home will be his again.

But not too soon. Wiley already has another Broadway gig lined up after this: associate music director for Girl From the North Country, a musical by Conor McPherson with songs by Bob Dylan.

“As I often say,” said Wiley, “I’m the luckiest unlucky kid I know.”

Editor's Note: We spoke with the other Wiley,”and all is well, though he is happy to keep his life private. Read Cindy Gabriel’s A Story of Two Wileys” here.

The Children's Fund Annual Gala: Beyond the Garden Gate