Punting it from Presbyterian Panther to Rice Owl 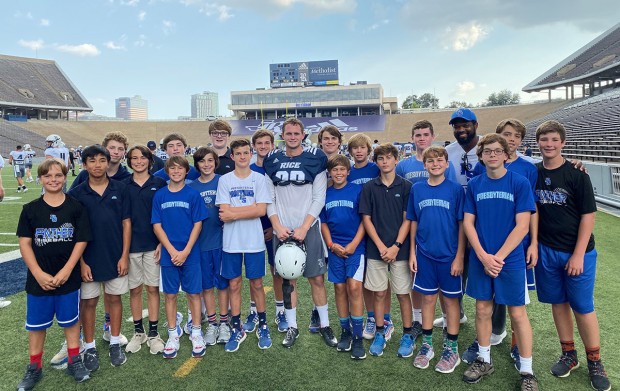 Earlier this month, the Presbyterian School Varsity football team consisting of seventh and eighth graders was lucky enough to visit Rice University stadium and rub shoulders with college players and coaches during an Owls football practice.

“Rice Owls Head Coach Mike Bloomgren was gracious enough to allow us to visit his practice in order for our kids to see what college football looks like,” said Presbyterian Head Football Coach Ryan Hertlein.

Hertlein waved at the Rice team member wearing jersey number 29, punter Adam Nunez. Adam waved back and headed over. The Presbyterian Panthers were about to meet someone who wore that same Presbyterian blue uniform not that long ago. 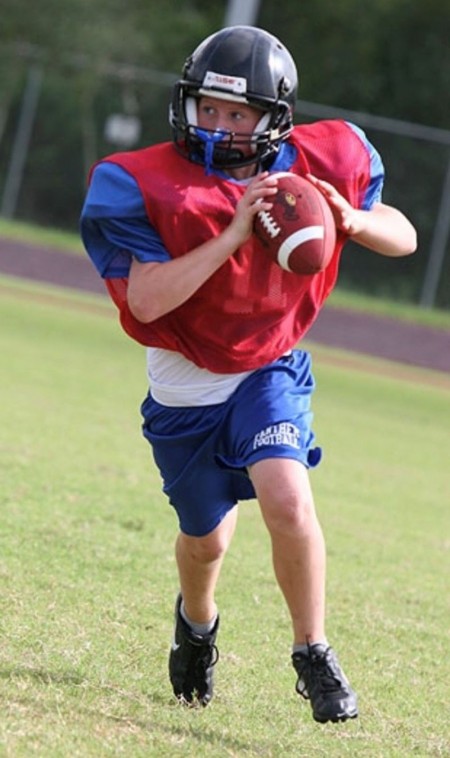 Adam Nunez working hard at a practice when he played on the Presbyterian Middle School football team. He was on the team from 2008-2010.

Flashback to 2008, the year the Presbyterian School football program launched. Adam, who grew up in West University, was on that very first Presbyterian team. Coach Hertlein was the assistant football coach. Hertlein said, “I coached Adam for three seasons. He always stood out as a very coachable kid with a driven work ethic!”

The Presbyterian Panthers had a great first season and Adam enjoyed being on the team with his friends. Adam continued his football journey in high school as an Eagle at Second Baptist School where he played quarterback and sometimes kicked. Towards the end of his junior year, Adam decided to focus on kicking and punting.

During his senior year, Adam was recruited by Texas Christian University. He redshirted his freshman year and then punted for the TCU Horned Frogs for three years. Adam graduated a semester early from TCU and enrolled this fall at Rice in the Master of Accounting program.

The day the middle school team visited, Adam thought he was just coming out for a regular day of practice. “It was a nice surprise to see Coach Hertlein and I enjoyed meeting the team. It was fun to see how fired up the Panthers were to be down on the field in a college football stadium.”

Adam reflected on his middle school days. “It was exciting to be at Presbyterian for the launch of the football program. A few of us had played in some youth football leagues prior to that but it’s so much more fun to play on the same team as your classmates and be able to represent your school. Over a decade later, I still have great friends from my Presbyterian days that I talk to every week even though we live in different cities now.” 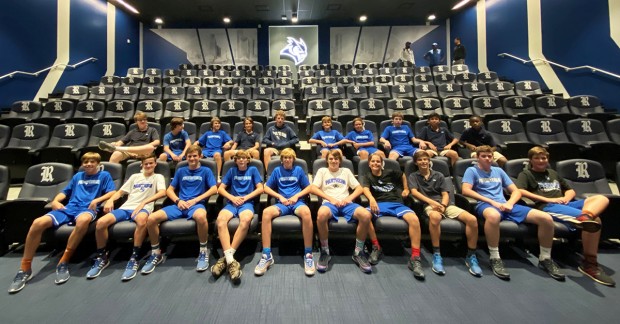 Some words of wisdom Adam shared with the Presbyterian kids: “I was in your same shoes just nine years ago. I never could have dreamed that one day I would be playing college football just a few blocks away from where I grew up going for school. Work hard. Listen to your coaches. Do all the right things. You never know. This could be you in a few years.”

"It was an amazing experience for our players and staff to see what Rice football is all about,” said Coach Hertlein. “Our team having the opportunity to visit with alumnus Adam Nunez as well as see him in action on the field was really special. We are all very proud of the player and person Adam has become. It’s great to see how he’s come full circle watching him engage with players that are in the same position that he was in just eight years ago."

Adam has been on quite a journey the last few years since playing on the Presbyterian middle school team and achieving his goal of becoming an NCAA punter. Perhaps watching Adam and the Rice special teams unit “kicked” some inspiration into the 2019 Panthers team and encouraging them to realize that with lots of hard work you never know what amazing goals you can achieve in football and all sort of life paths. And who knows? One of these 2019 middle schoolers might be visiting and inspiring a future  Panther team one day.