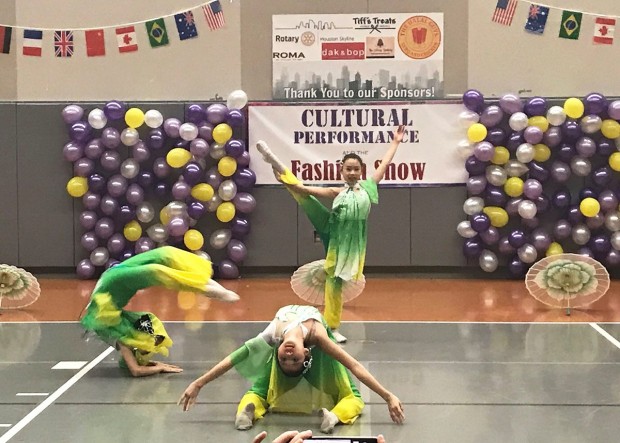 Chinese dancers from the Dance of Asian American perform their award-winning umbrella dance.

Every year, Carnegie holds its annual I-fest festival. I-fest is a festival that showcases cultures from all over the world to its participants. I-fest is run by Carnegie’s student-organized Interact club, whose goal is to get the participants to experience diversified cultures and meet new friends of different backgrounds. With activities like mechanical bull riding and a cultural fashion show, I-fest gives participants a feeling of unity, all having a festive time.

This year, the Interact club outdid themselves by including a wide variety of food in each culture. With Boba tea and dumplings from East Asia, falafel from the Middle East, to crepe from France, I-fest offered many booths with delicious food up for purchase. The most notable dessert I tried was a Vietnamese treat called Pandan. Interact member Han Nguyen-Hoang explained it as “a coconut flavored waffle with Pandan extract added in the batter to give off its green color.” They were extremely popular, and many people, including me, bought just seconds after tasting the delicious goodness of the soft, chewy Pandan waffles. 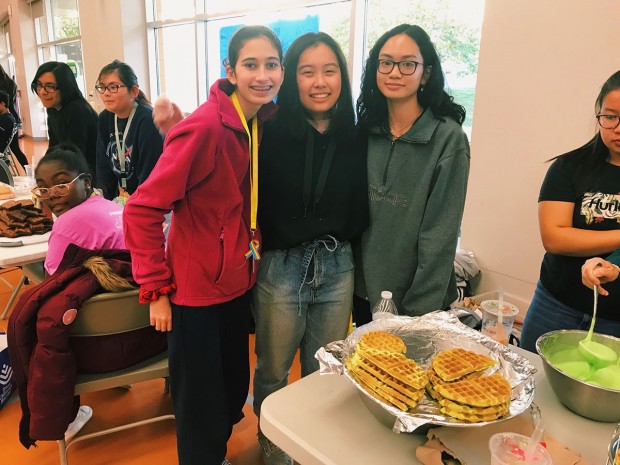 Besides booths filled with mouthwatering food, there were a lot of fun activities. The India booth drew Henna, the Middle East booth wrote Arabic bookmarks, and the East Asia booth had sumo wrestling outfits people could wrestle in. Sophomore Nancy Teran Aguilar said, “My favorite part of I-fest was the activities. I like managing the pinata because I was excited to see the candy spill out.”

After collecting candy from the Pinata, I decided to ride on Carnegie’s mechanical bull, which moved around so fast that I couldn’t even stay on it for a full second. Even though I was shocked by my immediate failure, I determined to stay on it for a longer time. I asked the booth controller how to stay on, and he said I had to “go with the flow.” Even by following his advice, I could only stay on the bull for 10 seconds. I was still happy because I improved. 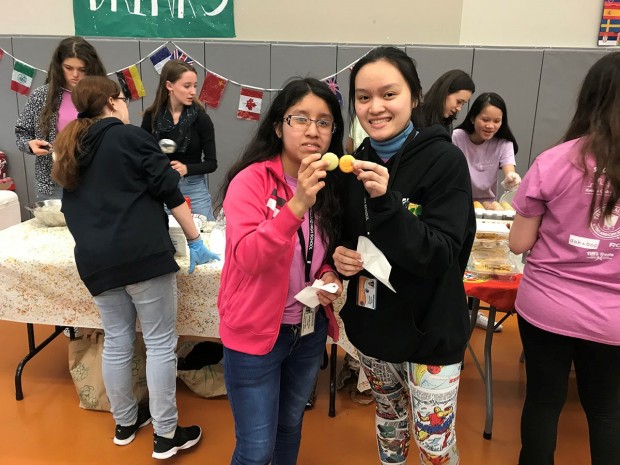 Lastly, after buying more food and participating in more activities, I-fest also offered a cultural fashion show and dance performances. For the fashion show, students dressed up in different cultural clothes. There were clothes like Qipao from China, Shari from India, Kanzu from East Africa, and many other garments from different parts of Africa, Europe, Asia, South America, and Australia. After the exciting fashion show, dancers from DAA (Dance of Asian American) came to Carnegie to perform their award-winning umbrella and peacock dances. With the perfect coordination of the umbrellas and mesmerizing dancing poses, the crowd went wild for the charming Chinese dancers. The crowd slowly died down after the Japanese song performance and a hip-hop dance by Carnegie’s dance team.

However, before everyone left, Interact president, Michelle Nguyen, announced that all the profits made from I-fest would be donated to children in Puerto Rico. This caused an excited reaction from the audience feeling like they did something to help a community. Overall, I-fest’s festive activities, cultural food, and charitable donations will keep me coming year after year.