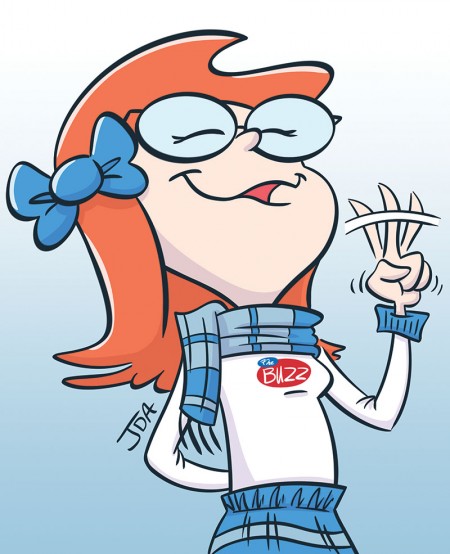 NO THANK YOU Learning to say no in an intentional, polite way can be a worthwhile challenge. (Illustration: behance.net/runamokstudios)

For a few years, everyone, it seems, has been praising Shonda Rhimes’ Year of Yes. The writer, executive producer and creator of the mega-hit tv series “Grey’s Anatomy” and “Scandal” wrote Year of Yes: How to Dance It Out, Stand in the Sun and Be Your Own Person as documentation of her commitment to a year of accepting speaking engagements, interviews, parties – all things that had previously sent her retreating to the safety of home.

There’s a lot to be said for saying yes; it changed Shonda Rhimes’ life for the better. She expanded her world, wore glamorous clothes, lost 150 pounds (by saying yes to self-care and no to cravings). She inspired thousands to follow her lead.

But as we embrace a new year – a new decade! – I’ve been wondering what might happen if we started saying no sometimes.

Hear me out: this isn’t about being negative. Just the opposite, actually. It’s about giving ourselves permission to say no to all the shoulds and have tos, clearing space for what we truly want in our lives. Maybe that’s just called setting boundaries.

Before I go much farther, let me preface what I’m about to champion. Twenty years ago, a therapist gave me the book When I Say No, I Feel Guilty, one of the first “self-help” books written way back in 1975 by Manuel J. Smith. The mere fact that someone gave me this book opened my eyes to a problem I didn’t realize I had: I never said no. Now, if you’re solid on boundaries and know how to honor them, you don’t need to think about how or when to say no. Maybe you’re rigorous enough that reading Year of Yes would be an excellent way to start 2020. But if you’re like me, jumping around in hopes of keeping everyone happy, maybe this new decade presents an opportunity for us to consider the power of a polite no.

Maybe we say no to prioritize our own happiness. Like, if you’re going to be a grump when it comes time to actually make the cookies you signed up to bring to the PTO bake sale, save yourself and everyone around you the huffing and say no in the first place.

But this isn’t all about happiness, because no isn’t always the thing that’s going to make us happiest. I remember being invited out for dinner when I had a baby. I knew it was the baby’s bedtime, I knew she would get restless, but I wanted to get out. So I’d say yes. Only to say, two hours later when the baby was fussing and I was worn out, “I should have listened to myself.”

It’s not easy saying no. We don’t want to be seen as difficult or closed-off or mean. So I thought we yes people could use some coaching on how and when to say no. Here’s what my digging around revealed:

Saying “I don’t” instead of “I can’t” is more effective. Kristin Wong, in her New York Times story “Why You Should Say No More Often,” wrote that “I can’t” leaves room for negotiating (I can’t go to happy hour tomorrow night can be countered with How about next week?).

Mikaela Kiner, founder of UniquelyHR, writes in Fast Company that we should ask ourselves, “If I don’t do this, will it matter in three weeks, three months, three years from now?” (My mom always gives this advice about what to get upset about and what to let go.) In the same story, she reminds us that, even though we might not realize it, we are in control of how busy we are.

Need specific instructions? Peter Bregman, a leadership coach, wrote this in “Nine Practices to Help You Say No” in the Harvard Business Journal:

• Identify your priorities. What’s important to you? What’s not?

• Remember you’re saying no to the request, not to the person.

• Be honest. If there’s a reason you’re saying no, share it, even if it’s that you just don’t want to do something.

• Be resolute. Don’t succumb to pushiness, and stand your ground.

• Practice. Choose a low-stakes situation, like when the Target clerk asks if you want a Target credit card.

• Be prepared to miss out. You’re going to miss an opportunity by saying no. Remember that you’re choosing; you’re saying yes to something else.

Hopefully this arms the more timid of us with tools to politely say no in the coming year. I promise no hard feelings if I ask you to lunch and you decline.