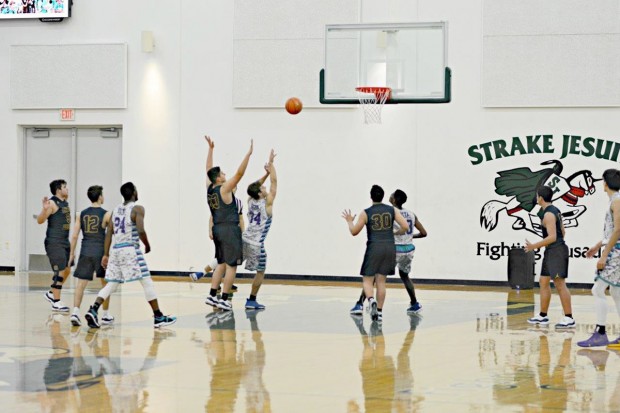 Paul Ifft of the Houston-based Homeschool Christian Youth Association puts up a shot against Miami’s Belen Jesuit, a preparatory school founded in Havana, Cuba in 1854 before moving to Florida. (Photo: Dan McKenna)

Strake Jesuit College Preparatory hosted the Jesuit Basketball Christmas Classic from Dec. 27-30. Nine teams competed in this tournament, with six of them travelling to Houston for the event.

The Jesuit Christmas Classic was a revival of a tournament that Strake held in the late 1990s and early 2000s. Strake Head Coach Dominic Amorosa and school leaders decided to bring it back this year, inviting Jesuit high schools from across the country to participate. This basketball tournament gave the student athletes from Strake and the other schools an opportunity to realize the connection between these Jesuit schools.

“As a Jesuit school, we belong to a family of schools all over the world that are forming men and women for others,” said Father Jeff Johnson, SJ, who serves as president of Strake Jesuit College Preparatory. “Getting together with other schools strengthens our sense of belonging to a mission that reaches beyond our campus and our city.” 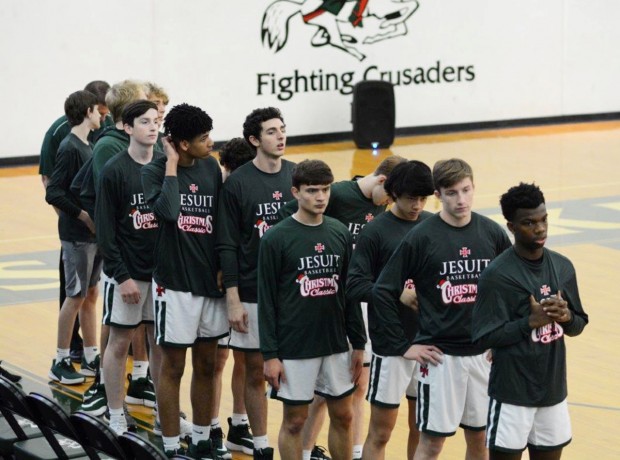 Along with basketball games, the four-day tournament included a Sunday Mass followed by a breakfast for players, coaches and families. Coach Amorosa, who encouraged the players to break away from their teams and get to know their opponents at breakfast, saw a “strong sense of connection between the families and athletes as a result of our common Jesuit bond.” 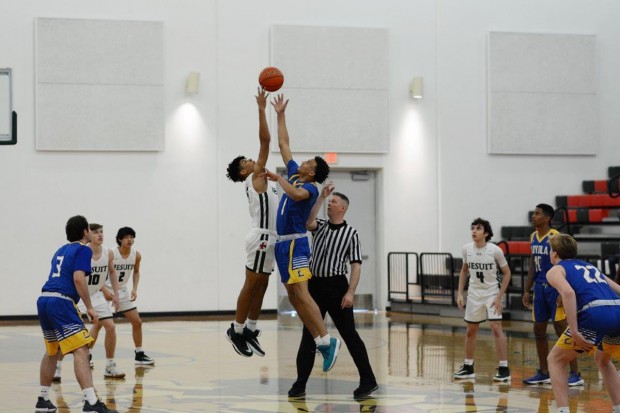 This year’s tournament has Strake interested in turning the Jesuit Basketball Christmas Classic into an annual event once again, as the parents volunteering and teams participating made it a success.

“I would love to continue competing against other Jesuit schools in an annual tournament,” Coach Amorosa said. “We probably will host on a rotating basis. Our parents served as wonderful hosts and did a fantastic job serving our visitors.” 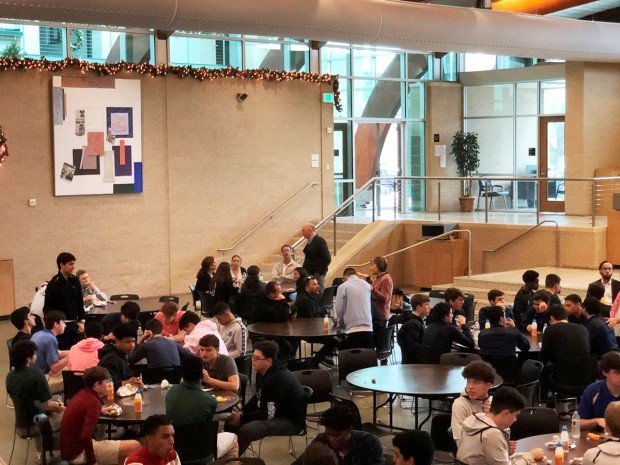 Following a Sunday Mass, players from all of the teams in the Jesuit Basketball Christmas Classic interacted with one another at a breakfast in Strake Jesuit’s Moran Dining Hall. (Photo: Dan McKenna)