On Sept. 25, 2000, Kevin Hines jumped off the Golden Gate Bridge. The 19-year-old hurled himself over the four-foot-tall rail, falling 240 feet in less than five seconds. In that moment of free fall, Kevin felt instant regret. “I don’t want to die,” he thought. “I made a mistake. God please save me.”

By all accounts, Kevin’s life should have ended that day. He crashed feet first into the ocean, crushing his spinal vertebrae and breaking his ankle. But in what Kevin says is nothing short of a miracle, he survived, and he’s since made it his life-long mission to help others find a reason to live.

“No matter the pain you’re going through today, or that the people you love are going through today, they can have a better tomorrow.” Kevin, now 38, is shown saying these words in a recent documentary film called “Suicide: The Ripple Effect,” which highlights Kevin’s journey of battling Bipolar disorder and the impact he’s made as a mental health advocate. Since Kevin attempted suicide, he has traveled the world promoting suicide prevention. While he continues to struggle with bouts of depression and hallucinations, he has found light in his life.

On Tuesday evening, Houstonians had a chance to watch his film as part of ReelAbilities: Houston Film & Arts Festival, an annual, city-wide festival organized by the JFS Alexander Institute of Inclusion in partnership with the Mayor’s Office for People of Disabilities. The festival runs from Feb 11-20 and is dedicated to presenting the talents of people with disabilities. 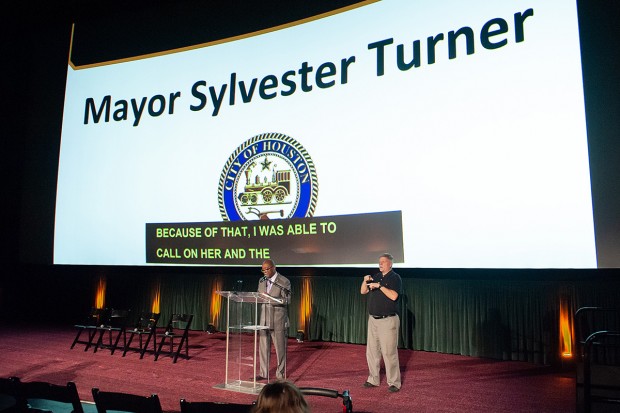 “I’m especially pleased to be joining you on the festival’s mental health night because access to quality mental health services is critical to a healthy, thriving city,” said Mayor Turner to the packed auditorium. “And I’m pleased that we are shedding a spotlight on this important issue.”

Following the proclamation, the 84-minute movie began, telling a powerful story of survival and recovery. As Kevin shares in the film, the Golden Gate Bridge – while undeniably an architectural marvel – is also a painful site for the family and friends of the 1,700 people who have plunged to their deaths from the bridge since it opened in 1937.

Kevin, along with members of the nonprofit the Bridge Rail Foundation, have been advocating for installing a safety net around the bridge to prevent future suicides. After years of advocacy, funding for the proposed barrier was approved by the Golden Gate Board of Directors in June 2014, and construction is scheduled to be completed by 2021.

Along with advocating for the safety net, Kevin and his wife Margie created the Kevin and Margaret Hines Foundation through which they invest in promising interventions for suicide prevention. By simply sharing his own story - of digging himself out of a place where suicide felt like his only option and now living a life of meaning and purpose - Kevin has changed the course of many people’s lives. At one point in the film, a man tells Kevin that he himself was considering committing suicide the day he heard Kevin speak. Kevin’s words literally saved this man’s life, and that man now provides support to others by working for the Suicide Prevention Lifeline.

“[Kevin] tells his story in a compelling way that lets us know we are not alone and that there is more out there that we can do for each other,” said Dr. Robin Gearing, a professor of social work whose research focuses on improving the mental health outcomes of adolescents and young adults with serious mental illness. Dr. Gearing was a part of a post-film panel discussion moderated by Laurie Silver, manager of mental health programs at JFS. Laurie recently created Touching the Heart, a text-based wellness program where students and young professionals can opt to receive biweekly text messages with tips for stress reduction.

Also on the panel were Ivy Ickes, a licensed clinical social worker at JFS and Debra Suhl, whose son Eric died by suicide in 2016.

While the event featured an emotional subject that can be hard to discuss, the film ultimately presented a message of hope: it demonstrated the positive ripple effect that one person can have by sharing their story.

“It’s a powerful story about how to connect with others, and maybe turning the lights on a little bit on this issue,” Dr. Gearing said.

Editor’s Note: Sign up for the Touching the Heart program here. Read more about it and find a list of resources here. 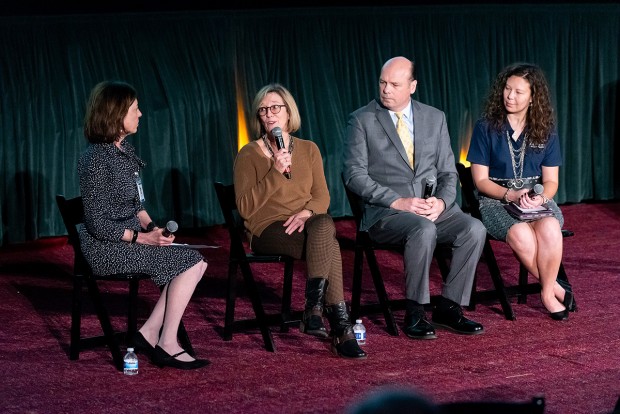 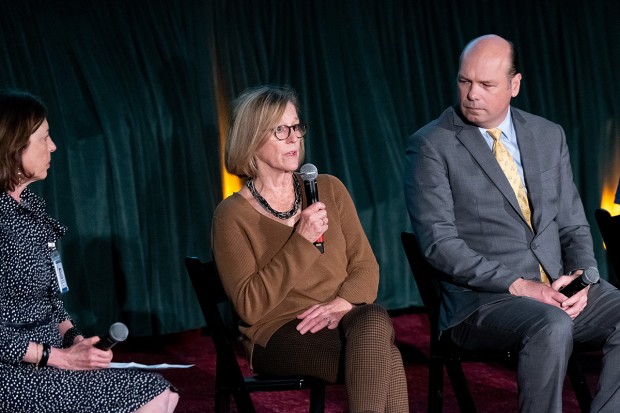 Debra Suhl, whose son Eric died by suicide in 2016, shared her thoughts on the film with the audience. (Photo: Mark Katz Photography). 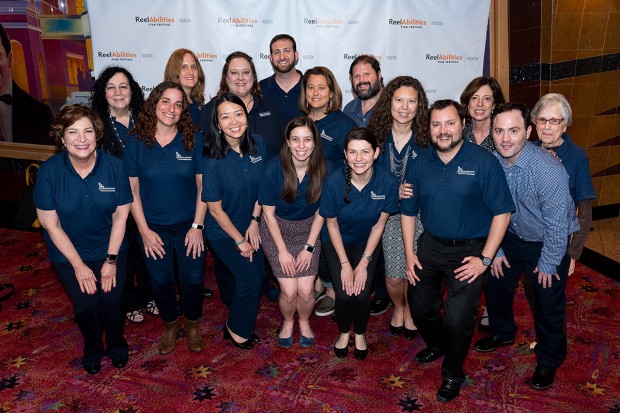