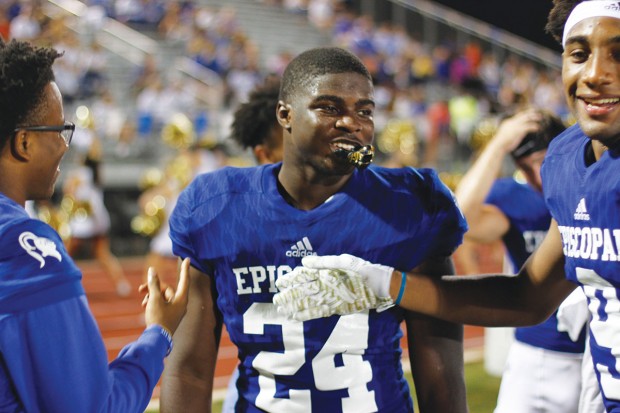 PLAYER OF THE YEAR Episcopal Knights senior James Ogunrin won the Defensive Player of the Year Award at the Touchdown Club of Houston’s annual Private School Awards Dinner. Off the field, Ogunrin also finished among the top 16 at the Prep Wrestling Nationals.

In the wake of this past season’s SPC football championship, there were high honors for the Episcopal Knights at the Touchdown Club of Houston’s annual Private School Football Awards Dinner. Episcopal’s Steve Leisz received the Private School Coach of the Year Award while Knights senior middle linebacker James Ogunrin won the Defensive Player of the Year Award.

“James was the MVP of our team,” said Leisz. “He practiced and played extremely hard. He was the consummate grinder, and I expect him to play at the next level.” Along with his football accolades, Ogunrin also made his mark in wrestling, finishing among the top 16 at the Prep Wrestling Nationals. “He’s just a really athletic kid,” added Leisz. 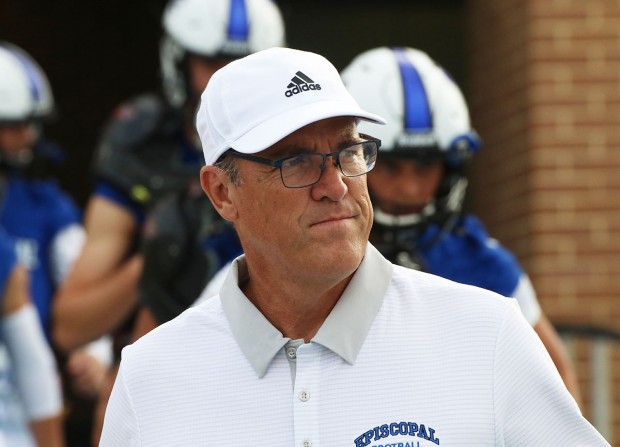 COACH OF THE YEAR After leading his team to this past season’s SPC Football Championship, Episcopal’s Steve Leisz won the Coach of the Year Award the annual Touchdown Club of Houston’s annual Private School Awards Dinner. Leisz also reached a major milestone by securing his 100th career victory this past season.

As for the Coach of the Year Award, the seventh time was the charm for Leisz, who’s been a Coach of the Year nominee on six previous occasions. “This honor simply reflects the type of season our entire team put together in winning the SPC Championship,” said Leisz. Earlier in the season, Leisz, who’s led the Knights to four SPC championships since becoming the head coach at Episcopal in 2006, also reached a major milestone by securing his 100th career victory.

As a standout player on offense, defense and even special teams, Kinkaid Falcons senior Victor Garza won the Private School Ironman of the Year Award. Along with ranking as the team’s leading receiver this past season, Garza was one of the Falcons’ top rushers at running back, while also playing virtually every down on the other side of the ball as a lock-down defensive back. If that weren’t enough, Garza was the team’s top kick and punt returner and, for icing on the cake, was the Falcons’ starting kicker and punter.

“Victor’s a guy that never wanted to come off the field,” said Kinkaid head football coach Nathan Larned. “He understood what he had to do and was mentally tough with a tremendous grit and work ethic. Plus, he’s a pretty dynamic player.” Player of the year finalists for Kinkaid also included Jordan Ricks on defense and lineman Duncan Shields. 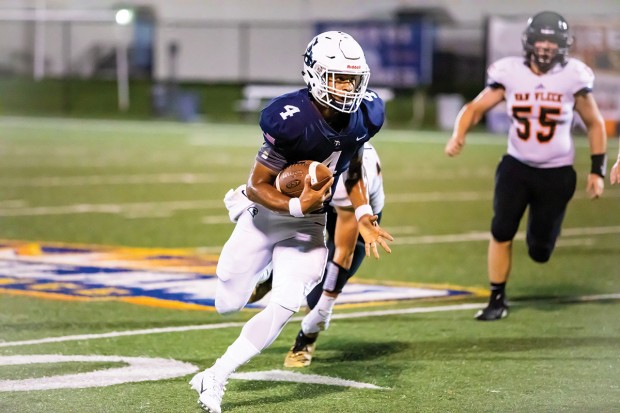 For the TAPPS Division II State Semifinalist Second Baptist Eagles, quarterback Josh Johnson received the Private School Offensive Player of the Year Award, and Eagles defensive tackle Dylan Cordell won the Lineman of the Year Award. This past season, Johnson threw for a lofty 2,289 yards and 38 touchdowns while also rushing for another 670 yards.

“Josh is just a tremendous talent and great team leader who set an example for our kids to follow,” said Second Baptist head coach Terry Pirtle. “In his two years as a starter we won 23 of 26 games, including a 12-1 record this past season. That’s a pretty impressive standard.” 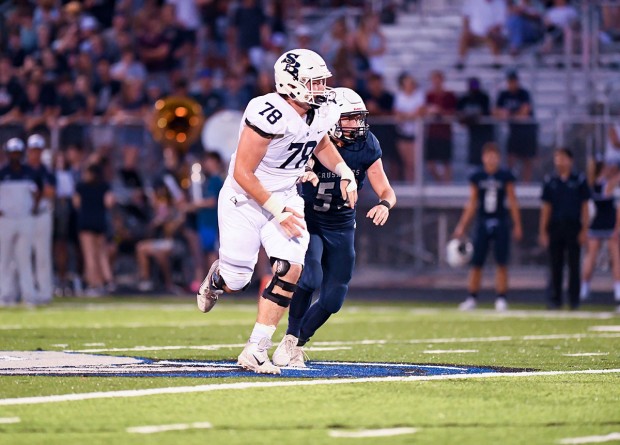 PLAYER OF THE YEAR Second Baptist Eagles defensive tackle Dylan Cordell won the Lineman of the Year Award at the Touchdown Club of Houston’s annual Private School Awards Dinner. Cordell was part of 48 victories as a four-year starter for the Eagles.

As for Cordell, the 6’3”, 290-pound senior was a part of 48 victories as a four-year starter for the Eagles. “Dylan was a really good offensive lineman for us back as a freshman before making the transition to the defensive side. He never missed a workout and was just an outstanding player over a four-year varsity career,” said Pirtle. “He has collegiate football offers from HBU and several D3 schools.” 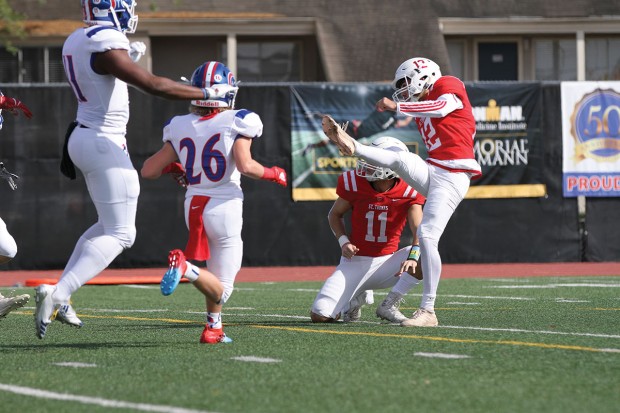 SPECIAL PLAYER St. Thomas Eagles place kicker Paul Langemeier was the winner of the Specialist of the Year Award at the Touchdown Club of Houston’s annual Private School Awards Dinner.

As the placekicker for the TAPPS Division 1 State Semifinalist St. Thomas Eagles, senior Paul Langemeier received the Specialist of the Year Award. “Paul has an amazing ability to not only kick the ball out of the endzone, but also to stick the ball in corners, which was a real weapon for us,” said St. Thomas athletic director Mike Netzel. “He’s going to get several offers to play in college, and I’m confident it’ll be at the Division 1 level. Paul also plays soccer for us and is a really good student.”