After Weeks of Quarantining, Houstonians Embrace Drive-In at Sawyer Yards

While some people are questioning whether movie theaters will survive in a post-pandemic world – one where streaming services like Disney Plus continue to grow – at least one cinephile says there will always be a special place for the movie theater.

“Film is all about escapism,” says Gerry Cottle, founder of the Los Angeles based Rooftop Cinema Club that launched its first Houston outpost at BLVD. Place in 2018. “Nothing will beat getting off your sofa and going to watch a movie with your friends and loved ones. There’s something there, and that’s why cinema has lasted through the generations.”

Gerry, who hails from the UK and formerly worked as a trapeze artist in his dad’s circus, partnered with the developers of Sawyer Yards to launch a drive-in theater experience, allowing Houstonians the chance to enjoy a night out while still adhering to social distancing guidelines.

If opening night was any indication, Houstonians are, in fact, itching to get out of the house.

The Drive-In at Sawyer Yards opened Tuesday night with two sold-out showings of the classic film Grease. About 200 vehicles parked six feet apart as drivers and their ride-alongs either spread blankets in their hatchbacks or reclined their seats and settled in for the night.

Even as it started raining during the film, people simply turned their windshield wipers on and stayed put, watching the film projected onto a roughly 100-foot screen on the back of the silos, while the sound broadcast through an FM radio station.

As attendees, my mom and I were impressed with the seamless operation Rooftop Cinema Club has put together, and within a short time frame at that. From the no-contact entry, to the high-quality of the audio, to the attentiveness of the parking attendees, we were sold. Twenty-four hours later, we are still talking about our outing. My mom suggested we go again the next night to see Silence of the Lambs, which, to her disappointment, was sold out.

Gerry Cottle shared that the idea for the drive-in came up as his team was brainstorming after coronavirus forced them to shut down their rooftop cinemas across the country. The general manager of the company, a Houstonian, was concerned with getting the staff back to work and came up with the idea for a drive-in.

Through Google Maps, the team identified Sawyer Yards as a potential venue. “We literally just picked up the phone and called [Sawyer Yards], and they said, ‘this is brilliant,’” says Gerry.

Sawyer Yards developer Jon Deal said his team had, in fact, been mulling over the idea of projecting a film onto the silos when Rooftop Cinema called.

“It was remarkable that they called,” Jon said. “We want it for the energy it will bring back. We were a vibrant cultural campus at Sawyer Yards. Suddenly, somebody let the air out of the balloons, and we are trying to slowly fill it back up.” 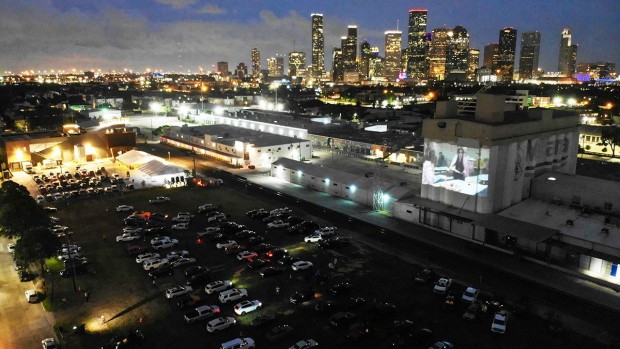 About 200 vehicles parked at 2301 Summer Street to watch a screening of Grease at the opening night of the Drive-In at Sawyer Yards. (Photo: Hector Adan, Rooftop Cinema Club)

Initially, movie tickets for the drive-in were only available through May 18, but after Tuesday night’s successful opening, the company added two more weeks’ worth of movie showings, with the new lineup running through the end of May.

The lineup of films includes family favorites like Princess Bride and Night at the Museum, plus light horror like Nightmare on Elm Street and The Rocky Horror Picture Show.

Tickets are sold per vehicle, at $28 for a side view and $35 for a central view. The exact parking spot within the section is assigned by the parking ushers on a first-come-first-serve basis, with parking opening up an hour before show-time. Moviegoers are invited to bring their own food and drink or to order from Buffalo Bayou Brewing Company, located right next to Sawyer Yards. 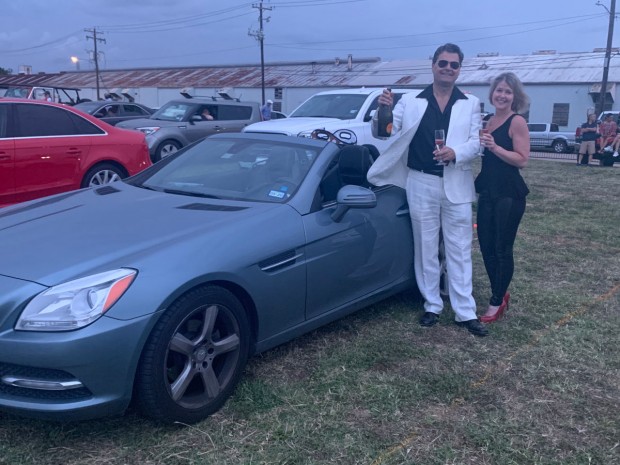 Gianmario Travella and Melissa Macklin enjoy champagne and a night out, watching Grease at the Drive-In at Sawyer Yards. (Photo: Pooja Salhotra) 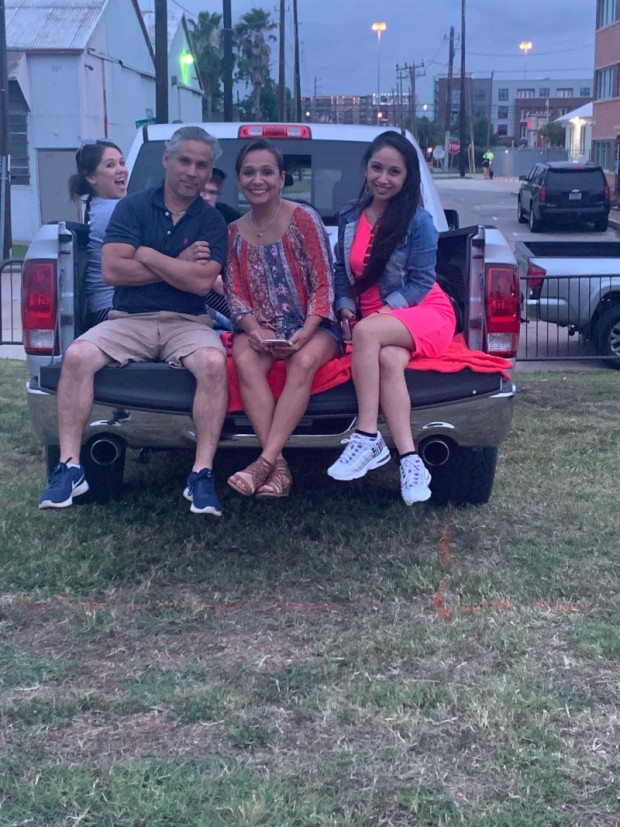 The Martinez family enjoyed their first family outing since the coronavirus pandemic forced them to remain at home. (Photo: Pooja Salhotra) 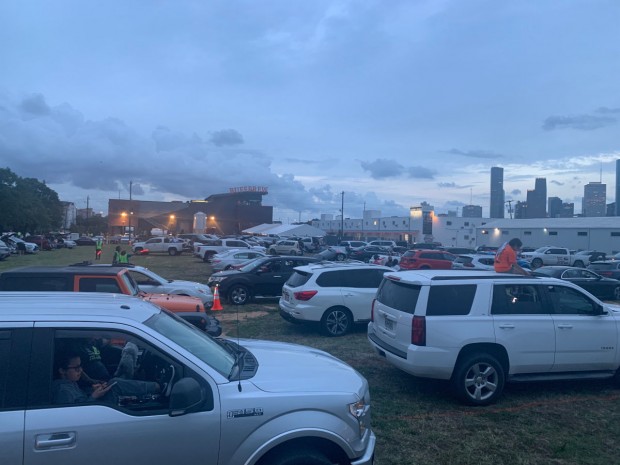 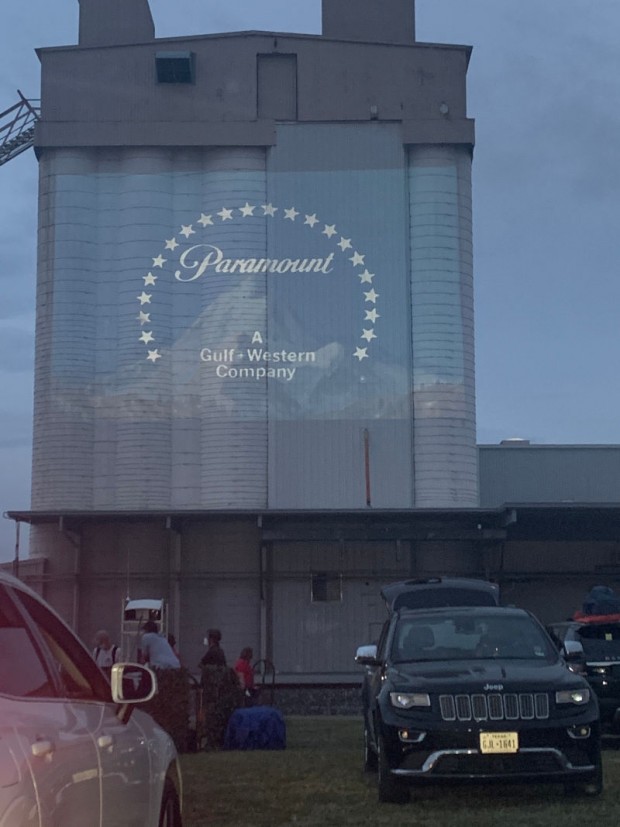 Films are projected onto a roughly 100 foot screen on the back of the silos. (Photo: Pooja Salhotra)