MHS Seniors are Cruising On

During the graduation season-that-wasn’t, high school seniors finally had something that felt like an actual celebration. Not a Zoom event or some sort of virtual attempt at revelry, but an actual, live celebration of their final days as high schoolers. Memorial High School seniors had a car parade that parents hope will become an annual tradition, even after quarantine is behind us.

Led by the Memorial Villages police and fire departments, and greeted by MHS cheerleaders, members of the class of 2020 drove their decorated cars from campus, down Piney Point Road. The cars were decorated for their future colleges, with everything from colorful balloons and streamers, to loudly clanging soda cans, to massive inflatable school mascots.

Each car that passed was driven by a senior, celebrating what’s coming next for them. Parents, grandparents, friends and neighbors lined the street with banners and noisemakers to cheer on the seniors. According to some parade-goers’ estimates, there were about 400 participating cars.

Memorial neighbors celebrated the Class of 2020 with a car parade led by the Memorial Villages police and fire departments.

“In a normal year, parents would decorate the senior cars in the parking lot,” said Suzanne Farrow, Memorial High School PTA president-elect. “But with school closed, our administrators suggested a parade and the PTA and Booster Club were honored to support that effort.”

Before the event, many of the kids weren’t very excited. In appropriate teen fashion, there was plenty of eye rolling and questions like “do I really have to do this?” The parade was organized by the parents who desperately wanted to put together something to honor their children, in the midst of what has been a pretty depressing graduation season. They hit a home run. Even the most skeptical teens were grinning, ear to ear, as they paraded down the street.

“We were overwhelmed at the number of students participating and the crowds of parents and community members, and current and former teachers, there to cheer them on.” Suzanne Farrow said.  “You could see it on the faces of the seniors as they went by, my son included, that they were proud of their accomplishments and it meant something that we were there to celebrate with them.” 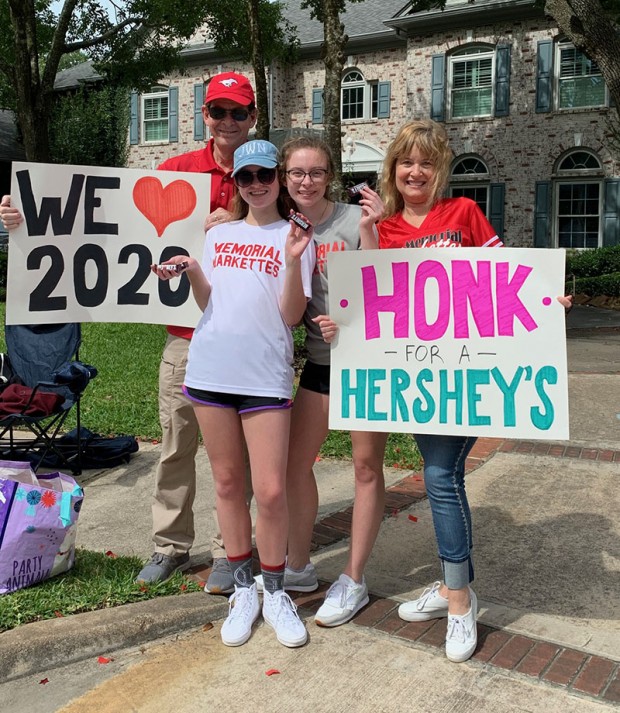 Armed with chocolate candy, John, Jessica, Nicole and Jacqueline Wright (from left) honored the class of 2020 along the parade route.

MHS parents Jacqueline and John Wright, with their daughters Nicole and Jessica, brought candy to throw into passing cars. Holding a sign that read “Honk for Hershey’s,” they were prepared with countless pieces of chocolate for anyone who complied with their request. “We are here to support our seniors,” said Jacqueline, who coincidentally doesn’t have an MHS senior. Daughter Jessica is an MHS junior and member of the Markettes dance team, and wanted to support her fellow teammates who were participating. Older daughter, Nicole, is a 2018 graduate of MHS, home from Vanderbilt University during quarantine.

It was a day the seniors and their families won’t forget, and hopefully a new tradition for years to come.

Editor's note: Congratulations, Class of 2020! We want to hear where you're heading next. Share your plans with us in our graduates database and see where your classmates are heading, too. 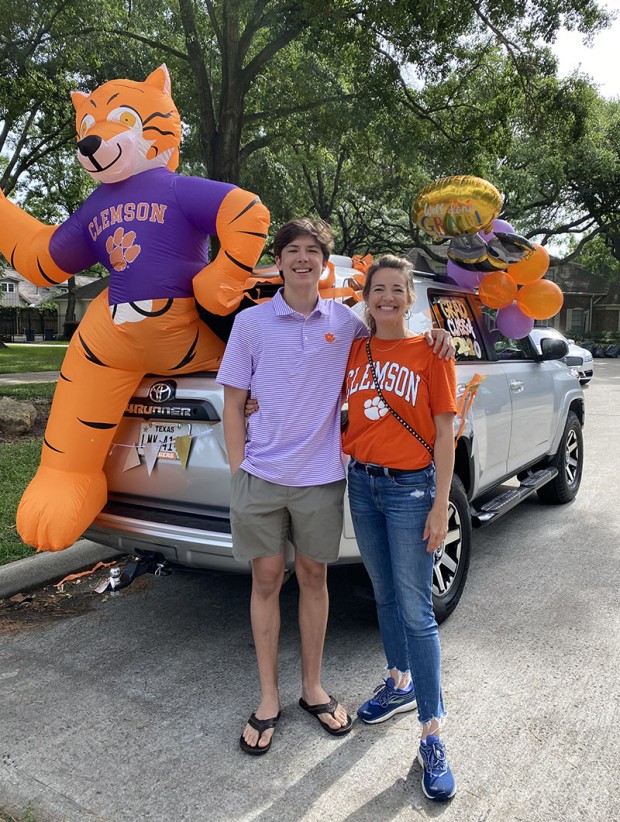 Clemson bound! Henry Oliver and his mom, Jill, are decorated and ready to go. 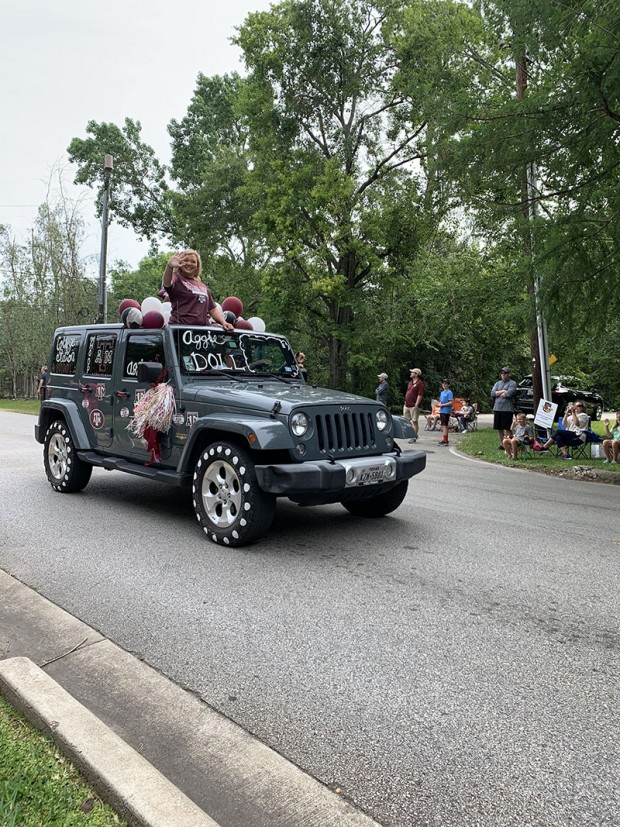 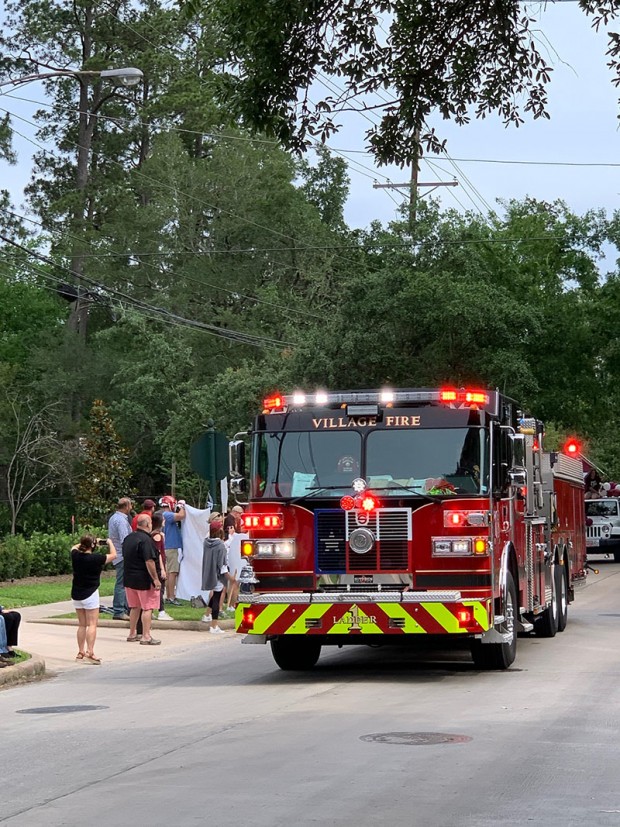 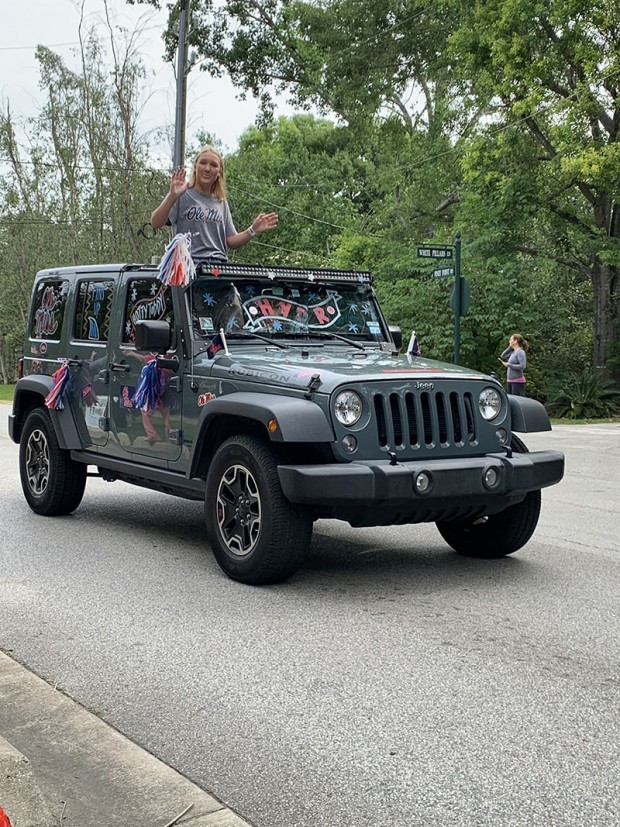 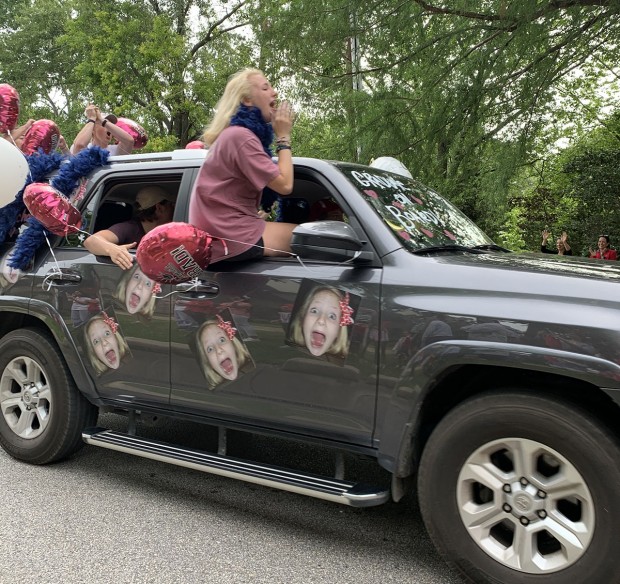 Reni Madden’s car was overflowing with balloons and family members to celebrate her graduation. 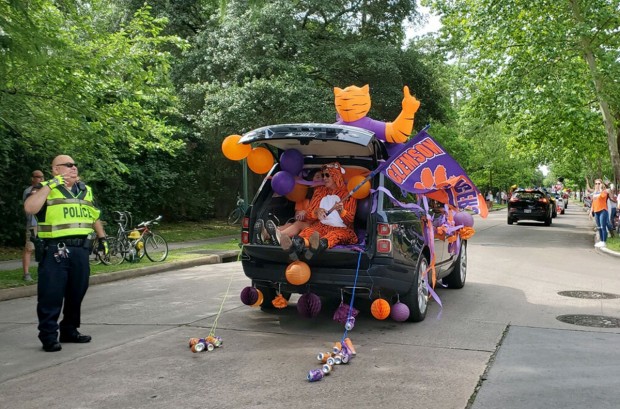 Olivia Cone and the Clemson Tiger (aka Grandpa George) were a hit at the senior car parade. 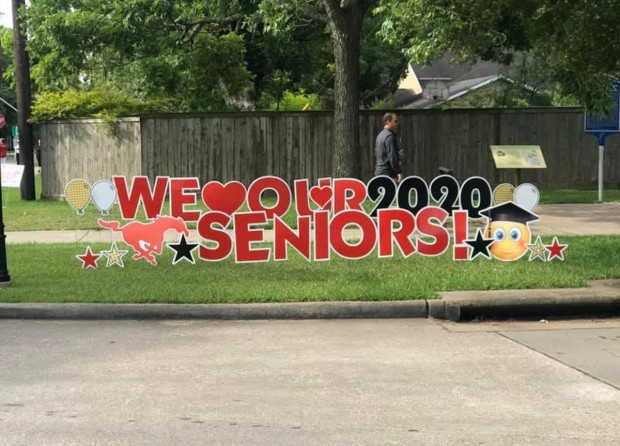 The Memorial High School PTA, Booster Club, faculty and staff were proud to honor the class of 2020. 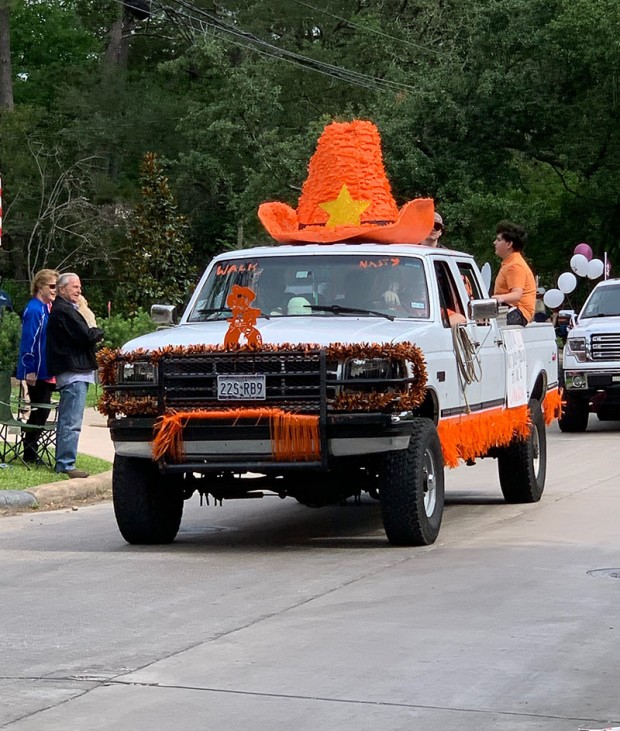 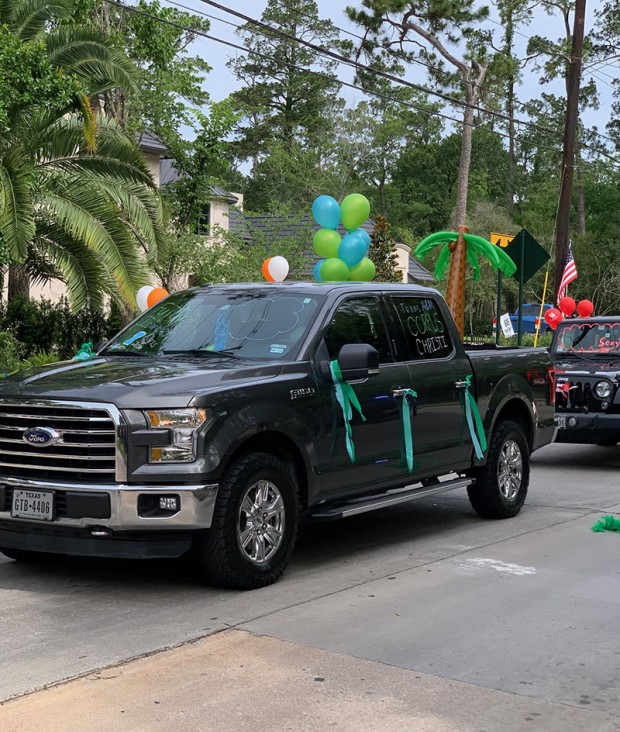 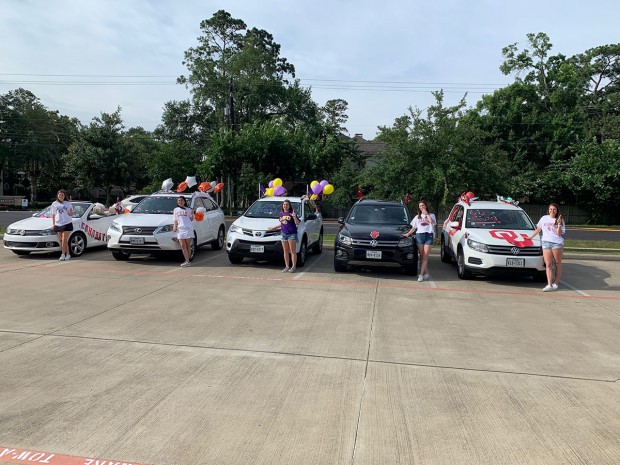 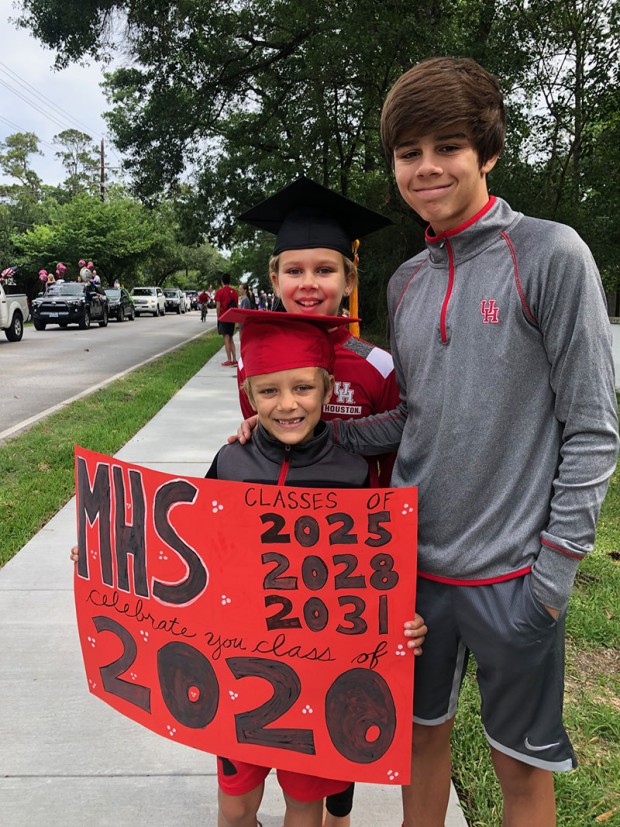