Adorned with balloons, streamers, banners, flags and other fanfare in school colors, more than 70 vehicles meandered along American flag and shady-oak-lined University Boulevard, looped past West University Elementary - the very place where many of the parade honorees launched their educational careers as kindergarteners 13 years ago -and continued rolling through the heart of West University.

Lori Gobillot and Kathleen Holt were the masterminds behind the West University 2020 High School Seniors Parade. Both have daughters graduating from St. John’s School and thought it would be a great way to celebrate all of the 77005 graduates. Lori’s daughter, Lindsay, is headed to Babson College and Kathleen’s daughter, Eliza, is off to Duke University.

The parade participants represented a menagerie of local high schools and universities from around the country. A West U fire truck led the way followed by a progression of beaming 2020 seniors waving enthusiastically from windows, sunroofs and top down convertibles at their adoring and cheering fans.

“The parade route was lined with families, cyclists, walkers and residents on their front yards,” Lori said. “I just felt such an outpouring of joy, happiness, gratitude and almost a collective ‘finally, a chance to celebrate our Senior Spring [semester]!’”

Individuals that helped the project come together included West U City Manager Dave Beach, Captain Damien Niko and the West U Police, the West U Fire Department, Cecile Schutter and the Rotary Club of West U, plus Ann Malcolm, Carolyn Betti and Sarah Cunningham.

Carolyn Betti, proud mom of twins Christina (heading to Texas A&M) and Meredith (heading to Auburn University), shared, “If there was ever a time the seniors and the community needed to celebrate this was it! It was so fun!” Christina and Meredith are graduating from Episcopal High School.

Thanks to the generosity of these Class of 2020 families, the parade will also put smiles of some other seniors that weren’t even at the parade. Parade participants donated funds to the Rotary Club of West U to help support their scholarship program.

Editor's note: Class of 2020, we're so proud of you! We want to hear where you're heading next. Share your plans with us in our graduates database and see where your classmates are heading, too. 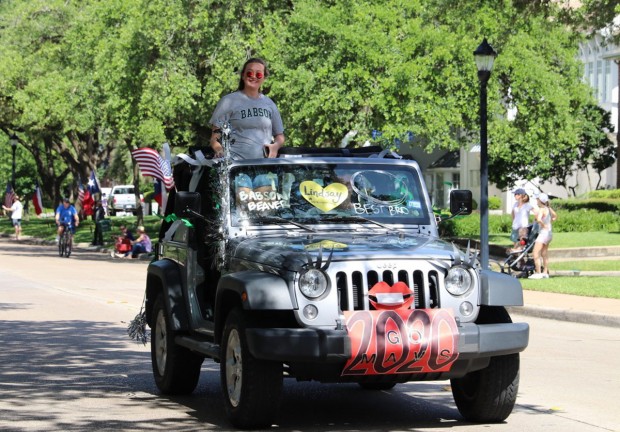 Lindsay Gobillot is a proud St. John’s alum ready to head to Massachusetts and start her new chapter at Babson College. 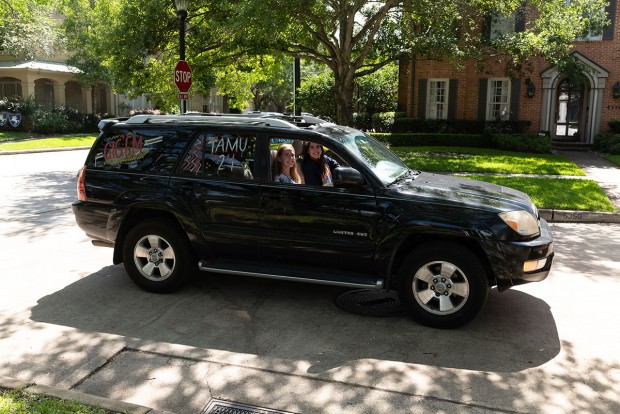 Episcopal High School grads, twins Christina and Meredith Betti, may have been in one car for the parade but will be headed to separate colleges this fall: Christina to Texas A&M and Meredith to Auburn. (Photo: Amanda Dearborn) 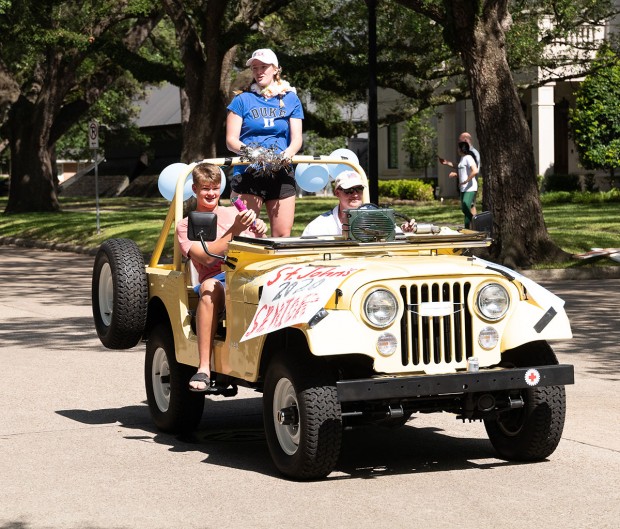 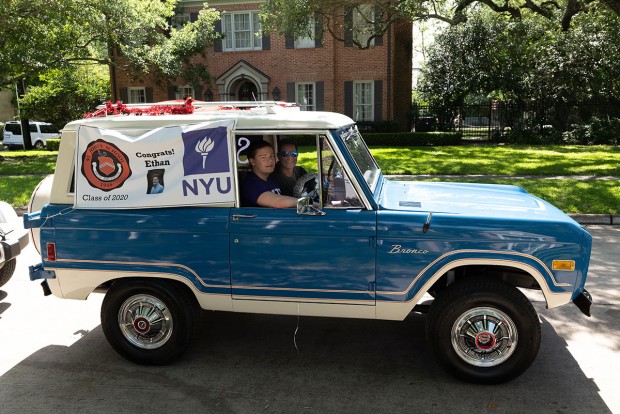 From the Space City to the Big Apple, St. John’s School grad Ethan Dearborn is heading to New York University. His dad, Ryan Dearborn, came along for the ride. (Photo: Amanda Dearborn) 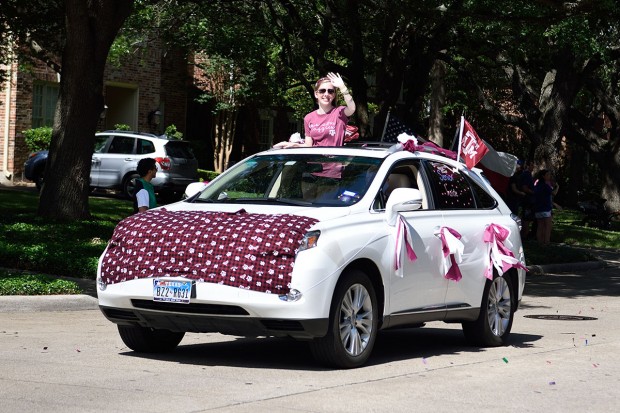 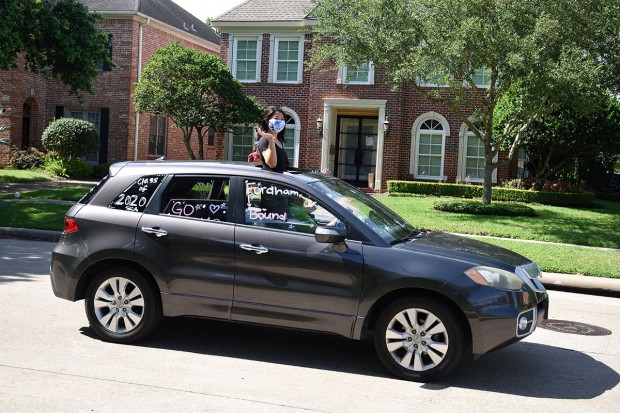 Madeline Ryan perfected her “parade wave” from the great vantage point of her sunroof. After four years at St. Agnes, Madeline is ready to hit New York as a student at Fordham University. (Photo: Donna Donnell) 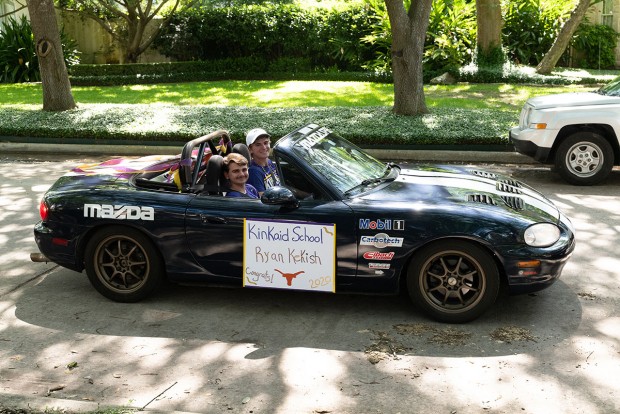 Ryan Kekish was all smiles on the parade route, which passed by West University Methodist where he went to preschool. Now that he’s a Kinkaid graduate, Ryan is looking forward to life as a University of Texas Longhorn. (Amanda Dearborn) 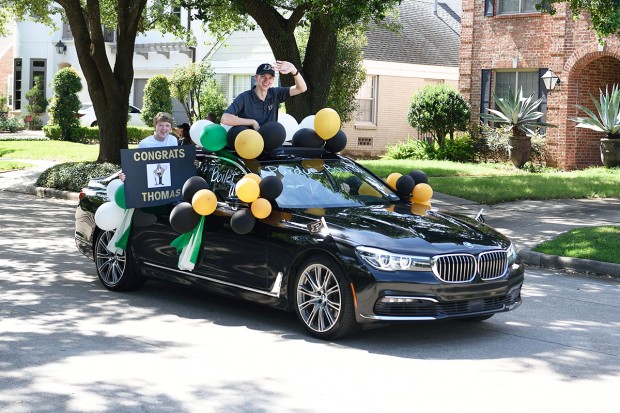 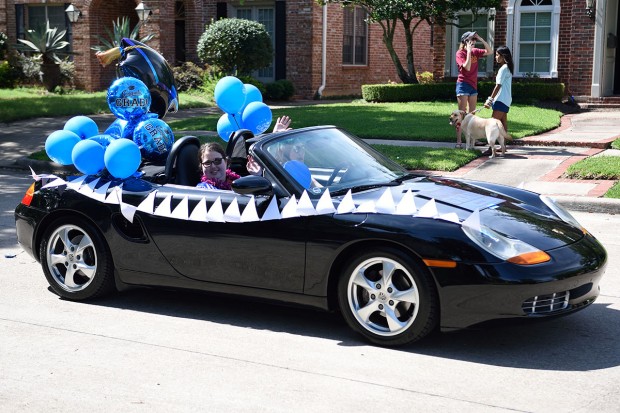 Anna Cantu says goodbye to the Crossroads School and is getting ready to head to Austin and Hook ‘Em Horns for E4 at The University of Texas. (Donna Donnell) 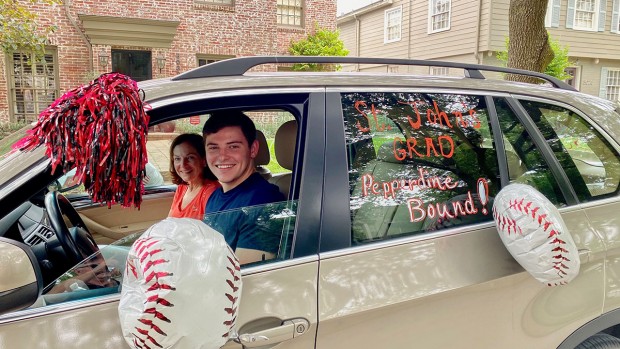 Beckett Vine has loved playing baseball for the St. John’s Mavericks baseball team and is thrilled to continue catching and slugging as a Pepperdine Wave. His mom, Julia, joined in the fun. (Photo: Terry Vine) 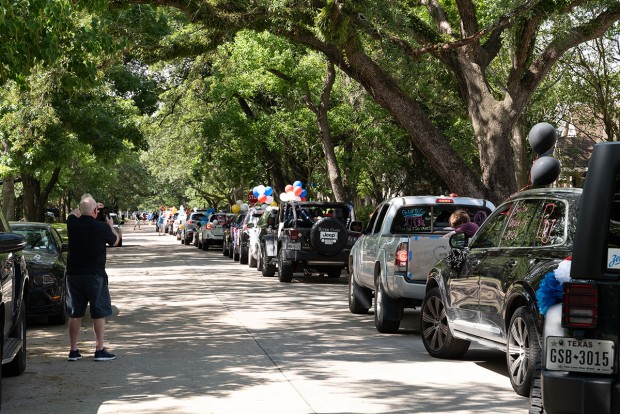 More than 70 West U parade cars lined up for blocks ready for the parade to start. (Photo: Amanda Dearborn) 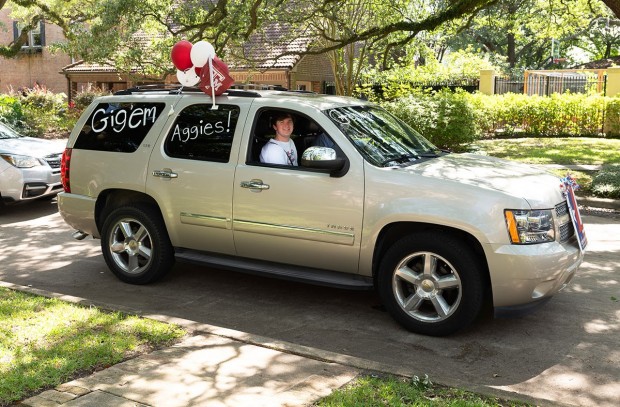