Houston Youth Respond to the Death of George Floyd

Piper Edwards, a rising senior at St. John’s School, can often be found promoting social activism and civic engagement. As president of the St. John’s Political Education Club (SPEC), she strives to raise the student body’s awareness of issues that affect the general welfare of the United States and its citizens. The club, which Edwards is proud to state is the largest student organization at St. John’s, was founded to provide students with a foundation of knowledge in current political events in nonpartisan fashion. SPEC aims to inspire students to form their own political opinions and increase their involvement with public policy.

In the wake of the tragic death of Houston native George Floyd, however, Edwards has found herself taking on the role of student rather than educator. “For years, I’ve thought of myself as an ally,” says Edwards. “I’ve supported the Black Lives Matter movement and listened to my black friends as they told their stories. In light of protests and media attention following George Floyd’s murder, I’ve learned how to better support the black community and amplify their voices. I’ve found that there were so many times where I could’ve and should’ve been a more supportive ally by using my voice and platform in a more profound way. [Moving forward] I will continue to fight to amplify the voices of the black community and continue to be vocally anti-racist.”

Social media platforms such as Instagram, Snapchat and TikTok have been vital in the fight for justice. The ease with which social media allows a user to share information or visual content makes it popular especially among teens and young adults, and this time in history is no different. Among the top trends were #blacklivesmatter, #justiceforgeorgefloyd and #blackouttuesday as social media feeds were flooded with lists of educational resources, phone numbers and email addresses to contact, photos and videos of rallies and marches, organizations in need of donations, and, most abundantly, plain black squares. Many young people found themselves unable to attend protests for a variety of reasons. So, rather than (or in addition to) taking to the streets, Gen Z did what it does best: post.

Aside from online civic engagement, many Houston students devote their time to educating themselves on racial injustice. Aerin Kalmans, an alum of The Kinkaid School and rising junior at The University of Richmond, was inspired by recent events to make an impact in her own life and those of her sorority sisters. After witnessing the horrifying displays of racism over the past few weeks and using inspiration from her social justice class as fodder, Kalmans started a book club to prompt important and uncomfortable discussion about the history of racism and police brutality in the United States. “I thought that reading could be a way to help and do something in this time when I felt like all I could do was sign petitions and donate money,” she says, “I want to really make lasting change within myself and others.”

Kalmans’ book club plans to meet virtually every Sunday to discuss their weekly reading. They hope to read several books throughout the summer, starting with How to Be an Antiracist by Ibram X. Kendi. Kalmans notes that she and her sorority sisters are “excited and eager to grow as a group” and she stresses the importance of leaving one’s comfort zone and learning about the experiences of others.

On June 2, thousands of Houstonians gathered downtown to march alongside Floyd’s family. While threats of coronavirus loomed, the crowd donned masks, gloves and other protective equipment to stand in solidarity with Houston’s black community and protest the recent acts of racial injustice. Maxwell Lewis, a rising senior at Lamar High School, attended the march, and, using his artistic talent, photographed aspects of the event which he found inspiring and uplifting. “I saw history being made,” he says, “I saw a revolution.”

Lewis’ photos display Houstonians unified on the grounds of justice, peace and love. In his photos, Lewis captured protestors and police officers and the diversity of the crowd of more than 60,000. In true Texas fashion, horses even make an appearance in his photography.

“There was peace and genuine hope for change - change that black people have deserved and not gotten since our country’s beginnings,” he shared. “I encountered feelings of guilt, shame and anger while thinking about this, but also realized that I cannot be silent in a time like this.”

As they say, a picture is worth a thousand words. Lewis’ photography is no exception to this rule, as it simultaneously conveys themes of immense pain, pride, passion and purpose.

While it often seems as though one’s age can act as a barrier between individuals and enacting meaningful change in their community, the action taken by Houston youth in the wake of George Floyd’s death has proven the opposite. Just because someone is too young to vote does not mean that they can’t make a difference and stand up for what they believe in. Recently, through activism, education and even art, Houston teens and young adults have honored the legacy of George Floyd.

Editor's note: Read Students Mobilize for Racial Justice by Pooja Salhotra for more on students working to raise awareness for the Black Lives Matter movement. Also, see Responding to Acts of Racial Violence by Pooja for ideas of ways to support the Floyd family plus a list of books, films and shows that discuss racism. 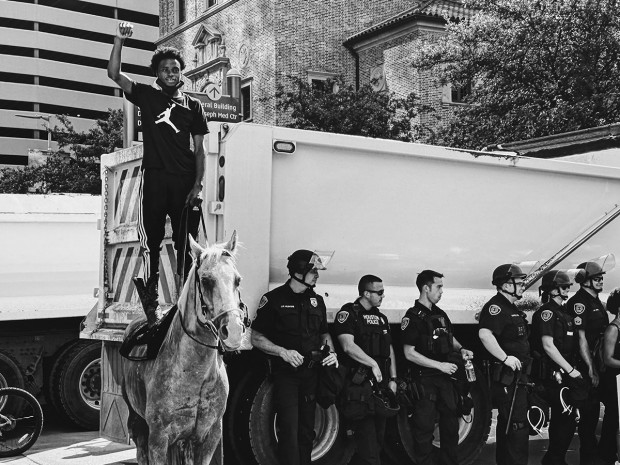 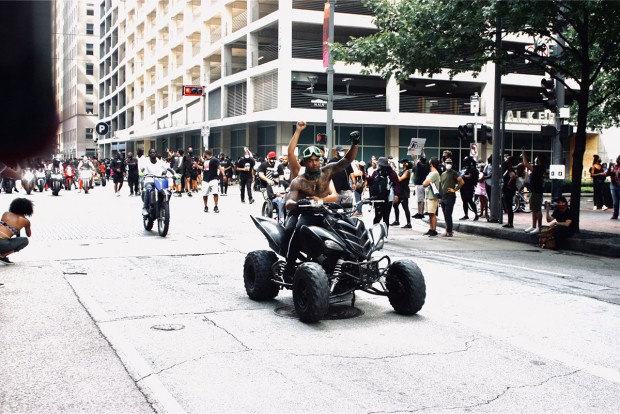 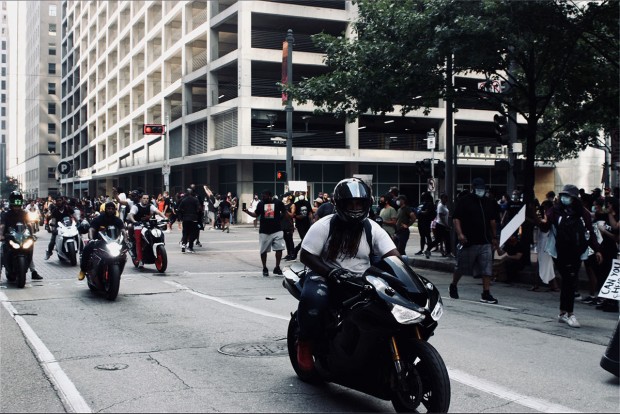 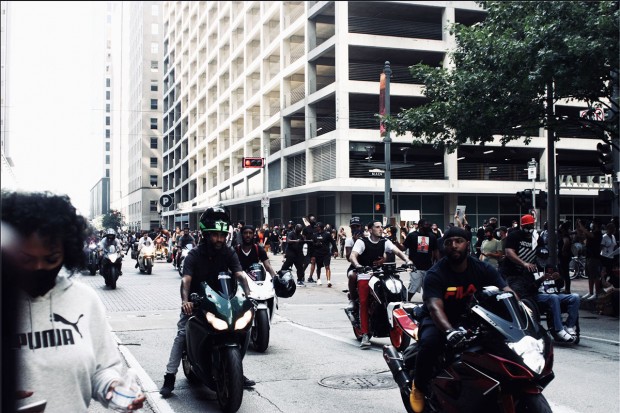 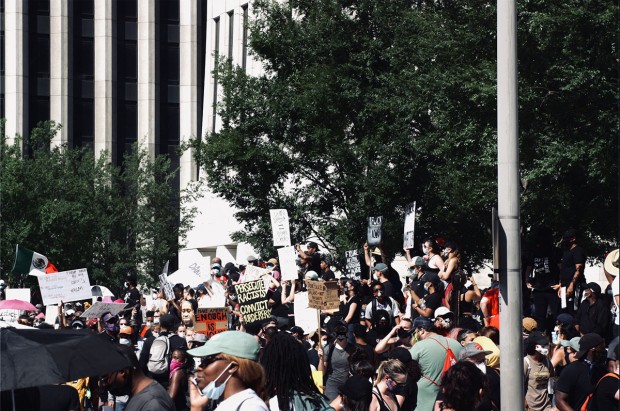 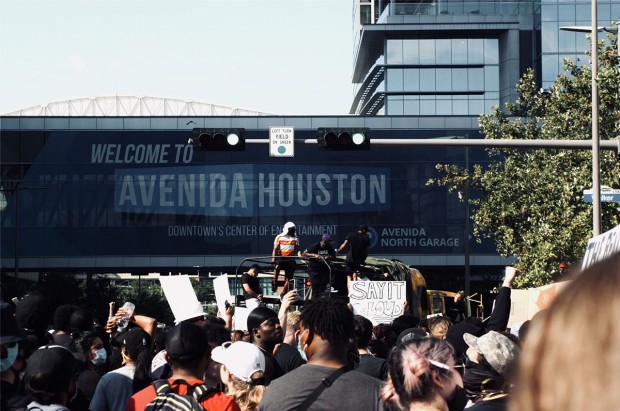 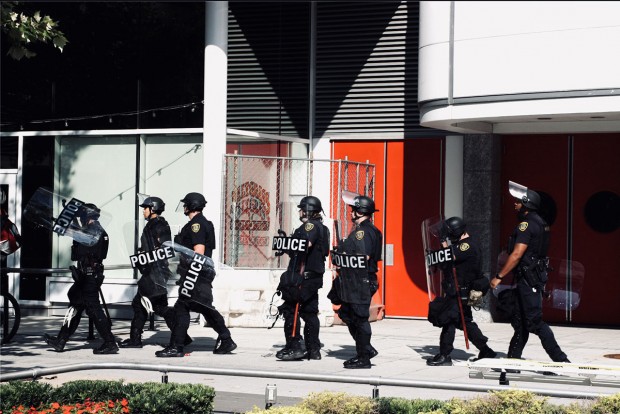 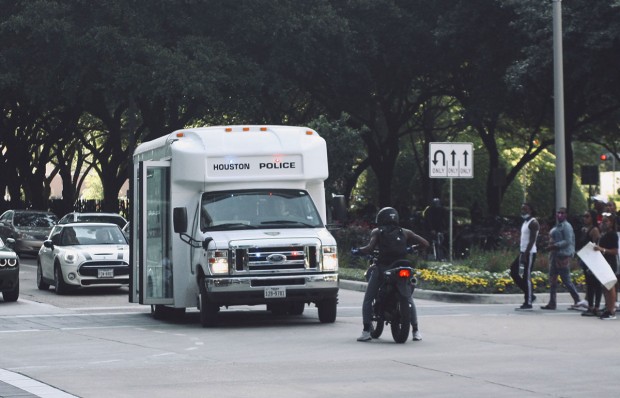 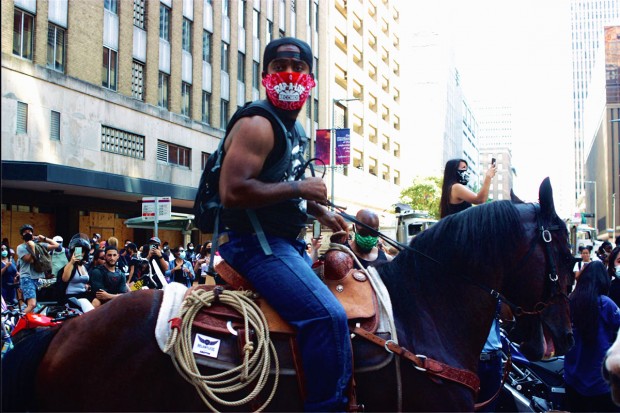 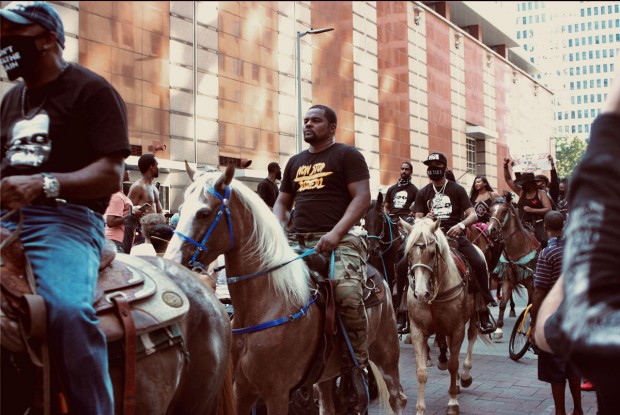