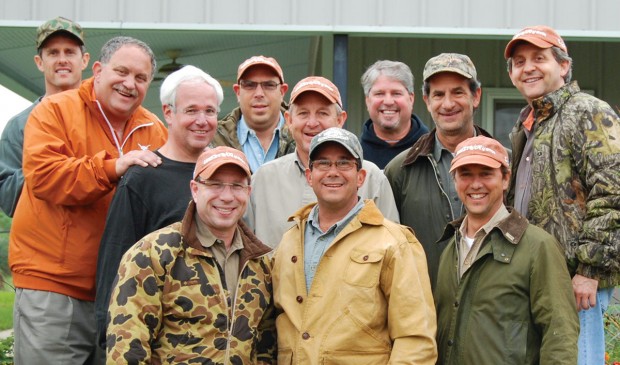 Texas-OU weekend – the annual football showdown between the UT Longhorns and Oklahoma Sooners held in Dallas – is more than football and the State Fair. For a group of 13 fraternity brothers from The University of Texas at Austin, it was the start of a 40-year friendship more meaningful than any of them could have predicted.

“Texas-OU weekend in Dallas is crazy, and back in the late ’70s it was hard to get restaurant reservations,” Billy says. So starting his sophomore year, his parents Doris and Sol Freed hosted a catered, seated dinner at their home in north Dallas for the boys, who were already dressed up to go to a party afterward. The next year, they did the same thing. And the next. They would be hosting again this year, probably using the same caterer, had the pandemic not interfered.

“The same crew has gone continuously for 40 years. This is the first year ever that there’s a question of who or what or how,” Billy says. “It’s evolved over time,” he says. Only “when the next generation started to show up” did everyone ditch their cocktail clothes and dress casually. 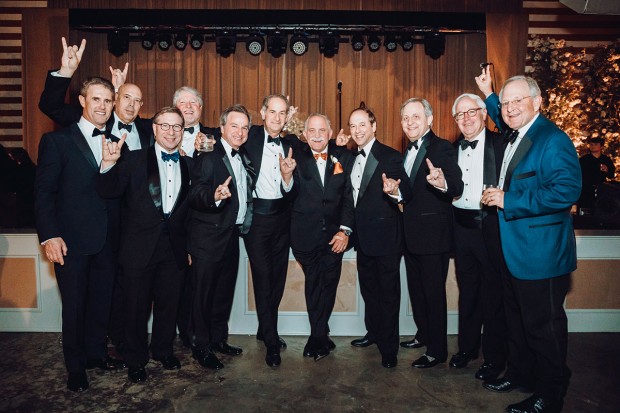 The party “was a major focal point of our social gatherings even when we got out of school,” Ralph says. “It was one of our main reunion times, and it was annual. Everybody stopped what they were doing to make sure they got there.”

Polly Robinson, Ralph’s wife, says, “The role Doris and Sol played in making sure the guys stuck together, it’s key to this group. Every year, while they were growing up and getting married and having babies, no matter what, there was that party.” Through the years, the friends have continued going to visit Doris and Sol. “We correspond regularly, and she always gets pictures of my children and grandchildren,” Polly says.

Sol is now 91, and Doris is 89, and they celebrated their 70th anniversary in September. The party has moved to the party room in their high-rise, but Campisi’s still serves dinner, and the same core group is there.

The reunions don’t stop with the Texas-OU party. The group – now in Houston, Dallas, Austin, Fort Worth, San Antonio, Florida and New Orleans – picks a weekend in November to gather at Billy’s ranch in Hondo, outside San Antonio. There, they’ll hunt, watch a UT away game (the football schedule determines the date for the annual weekend) and hang out in the wing of “hotel rooms” Billy built on the ranch. Billy named the group Pendejos, which roughly translates to “idiots.” “It was an appropriate name given the translation for the cast of characters involved,” he laughs. “It’s not a particularly complimentary term.” 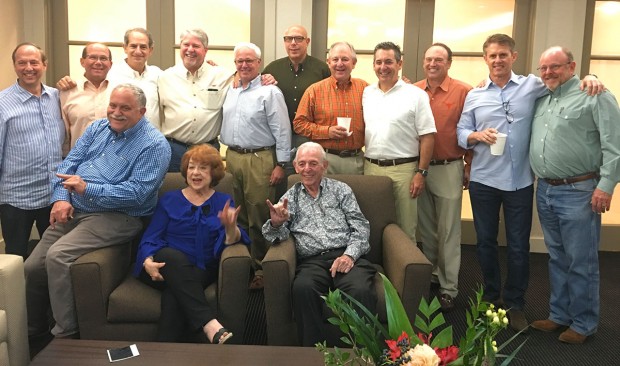 On a serious note, he says, “I can’t think of a significant life event, from children’s births to loss of parents, in the past 40 years, that we have not collectively been in attendance for.” Last year, Alan Luskey, who lived in Fort Worth, passed away, and the friends were all there.

“We don’t miss anybody’s anything,” Polly says. “When Ike came through, Lenny drove down from New Orleans and came to us with a car full of gas and food, and turned right around and went home.”

About their wives, Ralph says, “All the guys married up.”

“The girls wandered into this mess at various points, some in high school, some came well post-college, but they all got sucked into this vortex,” Billy says. “The bond the wives created among themselves made it easy for the guys to stay close. Clearly, without that support, something like this doesn’t happen.”

“We travel together, just us wives, in groups of three or four or six,” Polly says. “The guys brought us together, but we are all as close as they are. We just don’t have the memories from 40 years ago.” The wives call themselves the Frat Sisters.

The men stay in touch daily via GroupMe, a group texting app. Ralph laughs when asked what they talk about every day: “Oh, a little of this and a little of that” is as much as he reveals.

“They look at their texts and giggle out loud,” Polly says.

The pandemic has thrown off this year’s Texas-OU weekend plan. There have been thoughts of watching the game together in someone’s backyard, but nothing is solid yet.

“We’ve been knocked to our knees,” Ralph says. “I was told if getting Covid at the football game didn’t kill me, my wife would. Neither is a good outcome.”

Editor's note: The Buzz was sad to hear that Doris Freed passed away Sept. 22, 2021 and sends our condolences to her loved ones. See her obituary here.

AVDA’s Party in the Park