And to children, before words 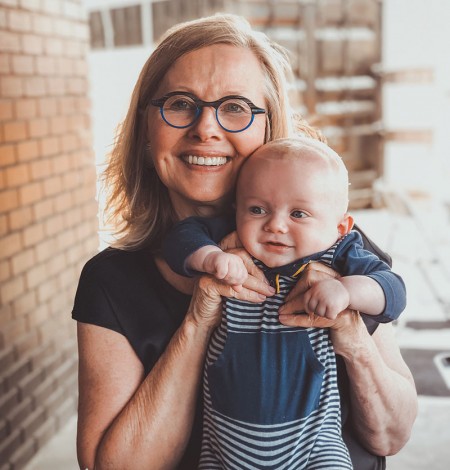 Here we are, in the midst of the most well-earned spring Texas has seen. I want to notice it for all its worth, in a partial act of repentance for not noticing it more before.

I’m a minor player, a ripple in the ocean of words, in search of softer ways to wonder about this world that seems so bent on being in opposition to itself. We keep talking in terms of “this versus that.” What about “this and that?”

In a time we can’t remember, before we could talk, we saw our first bird, the moon, the stars. We must have felt a kind of awe about this ground and space that seem so tailored to us, sprinkled with butterflies and flowers. I admire people who do the work to understand these mysteries, the scientists and the laypeople with binoculars. We need more observers and more listeners. We also need more poets, to embrace, to point, to rest in a world that has so much to say to the listeners.

The baby you see in the picture, Eli, is now a 2 year old. He has camped with his parents since he was born. I already envy his connection with the natural world. He picks up a rock with a kind of reverence as if it were a diamond. He said star before he said Mama and Poppa. When he sees the moon, he runs toward it as if he can reach it.

He’ll be 5 for the next total solar eclipse in the United States, April 8, 2024. It’s running right through the middle of the Texas Hill Country. I want to wonder with this little boy how it is that the moon, so small in comparison to the sun, can completely cover it in this mysterious way? Is it an accident that their distance to the earth is so perfectly aligned that they appear the same size to us in an eclipse?

I want to tell Eli about a little boy named Albert Einstein, who stared at the sky and daydreamed a lot. His parents worried about him because he didn’t talk much before he was 5. His own family nicknamed him “the dopey one.” This quiet little daydreamer grew up to develop scientific theories more than a century ago that continue today to change the world.

What made Einstein Einstein was a mystical ability to hold more than one concept in his head at a time. Scientists argued for 200 years over whether light was made up of particles or waves. It was Einstein who suggested light was both a particle and a wave, that the two seemingly opposing ideas existed together in a kind of dance.

Later he would develop an idea that space and time were mysteriously working together in something he called spacetime. Maybe Eli will be able to understand it better than I. All I know is that during a total eclipse, scientists have been able to see stars appear to bend toward the sun due to the effect of spacetime.

Did you know that there is growing scientific evidence that the experience of awe can reduce inflammation, an underlying condition of most diseases? University of California-Irvine researcher Paul Piff says “experiences of awe attune people to things larger than themselves. They cause individuals to feel less entitled, less selfish and to behave more generously.” Awe is associated with curiosity and the desire to explore, leading to a sense of confidence in your own personal observations.

For instance, have you noticed there aren’t as many bug-splats on windshields as there used to be? This occurred to me recently on trips to the Hill Country. Our windshield scraping isn’t the project it used to be, even five years ago. I thought it was a good thing. But scientists who measure such things report dramatic drops in the masses of insects among us.

Of course, that reduces the food supply for the birds we cherish. Insects spread pollen to the flowers we celebrate, which produce nectar for the honey bees so vital to the pollination of our crops, our food, to our existence.

Out beyond the ideas of wrongdoing and rightdoing, there is a field. I will meet you there. – Rumi