A primer on the fun, flying ‘P’ 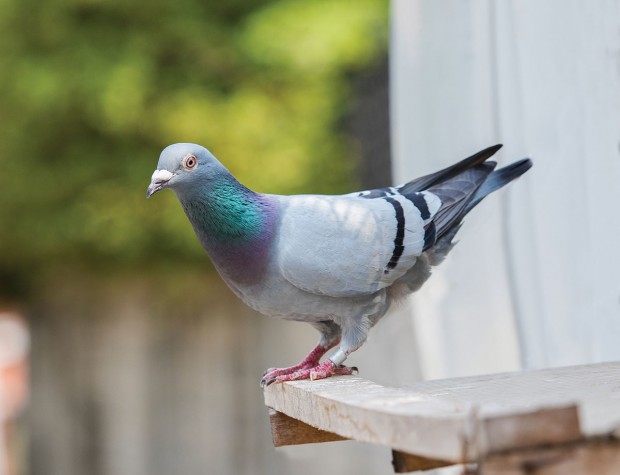 MAD SKILLS This “racing homer” pigeon has no trouble finding its way home, due to uncanny navigational skills and a mysterious internal compass. (Photo: www.istockphoto.com/portfolio/suriyasilsaksom)

So far, 2021 hasn’t lacked for news. There are the three “Ps”: Politics. Pandemic. Pigeon. That’s right, as the pandemic raged, and politics, well, played, a lonely pigeon swooped onto the world stage, ruffling a few feathers, but mostly capturing hearts. So, let’s recap the plight of Joe the Pigeon.

In January, posts were flying about the bird who showed up exhausted and weak in a backyard in Melbourne, wearing what appeared to be U.S. identification. The homeowner named him Joe, after newly elected U.S. President Joe Biden.

The pigeon, authorities assumed, had hitched a ride on a cargo ship. He posed a danger of infection to local birds. A perilous breach to Australia’s strict animal import laws. Execution was slated.

But whoa, not so fast.

The American Racing Pigeon Union (ARPU) concluded that Joe’s leg tag wasn’t genuine. The pigeon didn’t belong to some guy in Alabama, as the band suggested. He was local. Stay of execution granted.

“The pigeon found in Australia sports a counterfeit band and need not be destroyed per biosecurity measures, because his actual home is in Australia,” the ARPU explained on its Facebook page.

Which brings me to my own, albeit less “presidential,” pigeon encounter in my backyard.

While gardening a few months ago, a pigeon descended from the sky, practically at my feet, head bopping and cooing while following me around the flower beds. I scattered birdseed, and it scarfed it up. That’s when I noticed a blue band on the bird’s left leg bearing the letters AU and a number.

Could it be a carrier pigeon? Hmm… I wasn’t expecting a pigeon post from the front lines. I called Magnolia’s Friends of Texas Wildlife, hoping for answers. My 22-pound tabby cat, Bart, watched from the back door, wetting his lips.

“The pigeon must have been chased by a hawk or something and lost its way home,” said a booming voice, that of Bud who has raised pigeons since his youth. Put it in a box, he said.

He’d fetch it by evening.

The bird spent the day on a soft towel in a box in my powder bathroom. It slept. And pooped. (I gifted the bird the towel.) My cat spent the day sniffing at the door, pondering sauces best served with pigeon.

Bud eventually arrived and turned the bird upside down, announcing its gender: male. The “AU” on the bird’s band stands for American Racing Pigeon Union, he explained (that same union that discovered the counterfeit tag on President pigeon Joe). Bud is a member of the union’s board of directors.

My bird friend, it turns out, was a “racing homer,” a breed of domestic pigeon selectively bred for speed and enhanced homing instincts for the sport of pigeon racing. You can release them hundreds of miles away from home, and they instinctively find their way back like a flapping, feathery boomerang. Numbers on the band correlate bird to owner.

Contrast that to Joe the Pigeon of last month’s fame. Joe is a Turkish Tumbler, a breed raised to perform tricks in the air, a pigeon-rescue group in Australia determined. Like a show bird.

“For the races, you take them to a place, and then they fly home. They usually fly home no problem, but this one looks young and that’s probably why he got lost. Probably something chased him, and he got rattled and off-course,” Bud explained.

“We actually have races up to 500 miles. We had a race a few years ago from Blackwell, Oklahoma, which is right on the Kansas-Oklahoma line. Participants released their birds at 7:30 a.m., and that afternoon I got my first one back at 3:30 p.m., which was eight hours later. That’s pretty quick. Of course, they did have a 20-mile tailwind that day.”

My pigeon friend felt comfortable with me, Bud explained, because he’s already domesticated. “They’re around humans all the time. I’ve got a flock I constantly tend to, feeding them, cleaning their lofts, making sure they’re okay. These young ones, they’re like toddlers. If there’s trouble around, they’ll find it.”

He made phone calls when he returned home and reunited the bird with its rightful owner and flock northwest of Houston. “The guy said the bird’s happy to be home,” Bud assured me.

But I feel the pigeon and I have bonded, I explained. What if my little friend comes back?

Not likely that’ll happen, he said. “But if it does, you can call me again. Or build a cage. Your choice.”