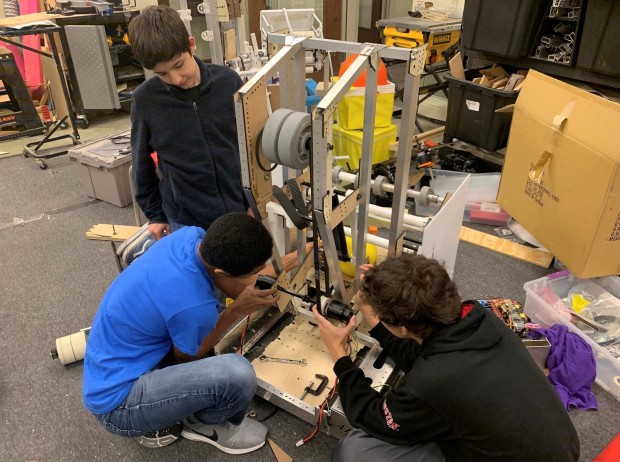 Students work on a robot together for competition.

At Strake Jesuit, clubs are an important part of building community, learning new skills, and competing at a high level. In the Spectrum 3847 Robotics Club, students at both Strake Jesuit and St. Agnes design robots and compete in various competitions. The club is a way for students to come together and work on interesting projects, while bonding along the way.

Every year, a new competition format is released at the beginning of the calendar year. Teams from schools across the state build robots to compete in these games. A wide range of game formats have been played over the years. 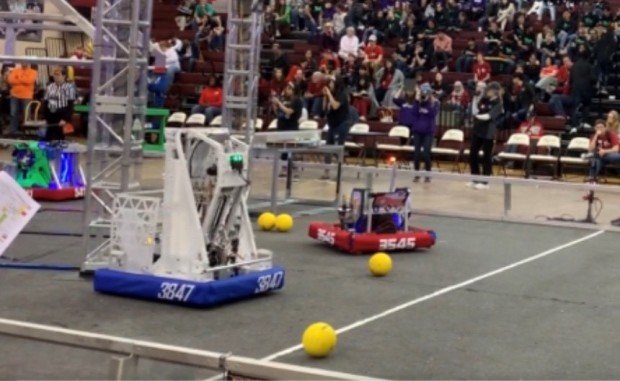 Spectrum’s robot competes at a tournament.

Last year’s competition featured schools teaming up to have their robots score discs and balls into a pillar for points. The competitions usually take place at convention centers with large competition fields where several games are played at once. Each team also has their own workstation to make changes to their robots on the fly. These competitions are where teams achieve their goals after countless hours of working together in the school labs.

As with everything else the past year, plans have been affected by COVID-19. The team has been restricted to mainly online meetings and cannot be in person to build robots, which is the most important part of the club. However, the club has adjusted to being online and communicating on Slack and Discord to keep the team together. Club members design robots online in a 3D design program called CAD, allowing the team to recreate the same activities in an online format. 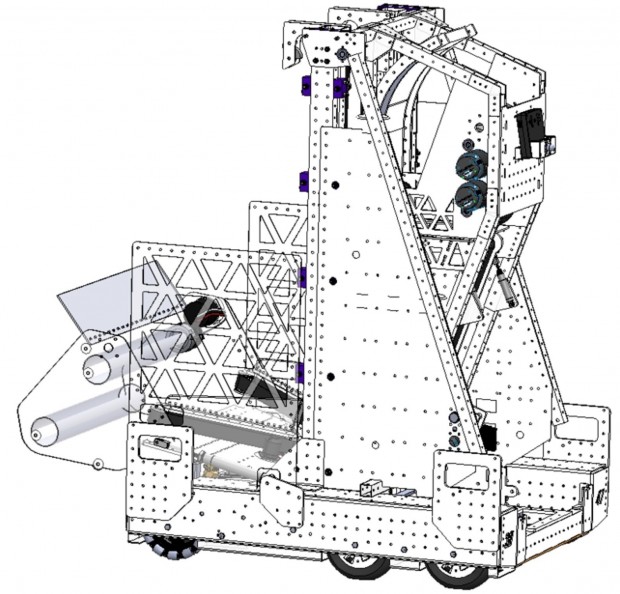 A digital design of Spectrum’s robot was created using CAD.

When asked about how COVID-19 has impacted robotics, Strake Jesuit junior Felipe Martinez said, “A major challenge we’ve been running into this season is the constraint on time we can spend together due to COVID-19. This has limited our time in the lab, and we haven’t been able to test as much as we usually do or get the newer members more involved.”

In a regular year where there aren’t restrictions, the club is one of the most popular at both Strake Jesuit and St. Agnes because of all the experiences that come with it. Felipe said, “I would say that competing at events is the most fun thing we do on the team. From the actual robot matches to the hotels, the food and hanging out with friends, the entire experience is a blast.”