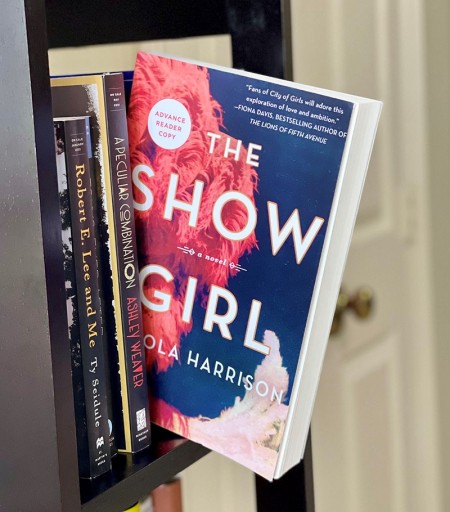 Cindy Burnett highlights some historical fiction titles coming out this summer that sound fantastic to her.

Historical fiction appeals to me for a number of reasons including its ability to transport me to another time and place. Stories that focus on someone lost to history or a time period or incident that I know little about are my favorite types of historical fiction. Luckily for me, the genre is booming, and fabulous books are coming out faster than I can read them!

This week I am looking ahead to summer and highlighting some historical fiction books coming out in June through August that look particularly appealing to me. I have included the publication date on each one to make it easier to know when that book will be available. Enjoy!

The Forest of Vanishing Stars by Kristin Harmel (July 6) – Kidnapped and raised in the eastern European wilds, a young girl is abandoned in the woods after her captor dies in 1941. When she stumbles across a group of Jewish refugees fleeing the Nazis, she is astounded and horrified to learn about their plight. Relying on her familiarity with the surrounding wilderness to help them, she teaches them how to survive outdoors until a stunning betrayal upends her life.

In All Good Faith by Liza Nash Taylor (August 10) – Against the backdrop of the Great Depression, two women’s stories unfold as the impact of the financial crash of 1929 eases into a lengthier economic downturn. Their stories intersect in Washington, D.C. in the summer of 1932 when one of them attends the Bonus March, a march by over 20,000 veterans who were seeking to be paid their bonuses early for their role in the Great War. Filled with historical detail, In All Good Faith relays the tale of the incredible strength and resilience of two women determined to survive and thrive during a difficult time in U.S. history.

The Island Queen by Vanessa Riley (July 6) – Based on a true story, Riley tells the story of Dorothy Kirwan Thomas (“Doll”), the exceptional free woman of color who bought her freedom from her Irish father and built an empire that defied the odds in 18th century West Indies. The Island Queen ensures that Doll’s incredible story as a survivor, entrepreneur, and woman ahead of her time will not be forgotten.

The Last Debutantes by Georgie Blalock (August 24) – On the cusp of World War 2, Valerie de Vere Cole, daughter of Prime Minister Neville Chamberlain, is a English debutante participating in one of the last debutante seasons. Realizing that her world is about to be dramatically upended, Valerie wrestles with her own personal issues while also navigating an increasingly stressful political environment. The Last Debutantes is a glimpse into a sparkling and glamorous era on the cusp of a seismic shift.

Our Woman in Moscow by Beatriz Williams (June 1) – When the Digby family disappears from their London home without a trace in the early years of the Cold War, the world debates whether they were eliminated by Soviet Intelligence or whether the family defected to Moscow with American Diplomat Sasha Digby’s access to the West’s top secret intel. Four years later, Ruth Macallister receives a letter from twin sister Iris Digby asking her to come to Moscow to visit. Ruth travels to Moscow to help extract the Digbys from the Soviet Union but instead realizes that everything may not be as it seems.

The Personal Librarian by Marie Benedict and Victoria Christopher Murray (June 29) – Belle de Costa Greene worked as J.P. Morgan’s personal librarian and curator of his private library housed in a townhouse off of East 36th Street before the collection became the Morgan Library and Museum. While she became an influential individual in the art world and one of the country’s most prominent librarians, she hid a devastating secret – she was a Black woman “passing” as a white woman and moreover was the daughter of the first Black graduate of Harvard. The Personal Librarian chronicles Belle’s life and legacy and what it was like to be torn between success and the desire to be herself.

The Show Girl by Nicola Harrison (August 10) – Harrison brings New York City during the Roaring Twenties to life through the eyes of a Ziegfield Girl. From the early 1900s to the mid-1930s, the Ziegfield Follies reigned supreme as a popular American extravaganza and subsequently permanently altered the way Broadway musicals were performed. In The Show Girl, Midwesterner Olive McCormick becomes a Ziegfield Girl who must balance her love for her job with the desire to forge her own path forward.