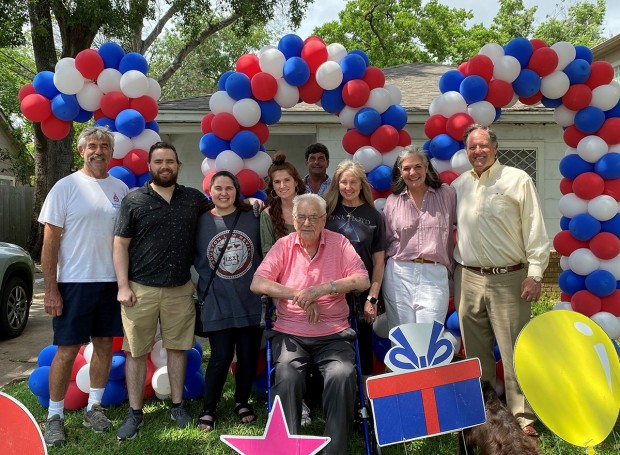 Walking around West U, you’re likely to find a birthday balloon number posted in someone’s front yard on any given day. Girls turning six, boys turning 10, even college kids turning 21 – the whole neighborhood gets to celebrate when giant balloon sculptures announce the milestone.

But yesterday, May 17, moms walking their kids home from school and people driving down Milton saw something extraordinary: a 100th birthday balloon post, right in front of Victor Stanek’s home. 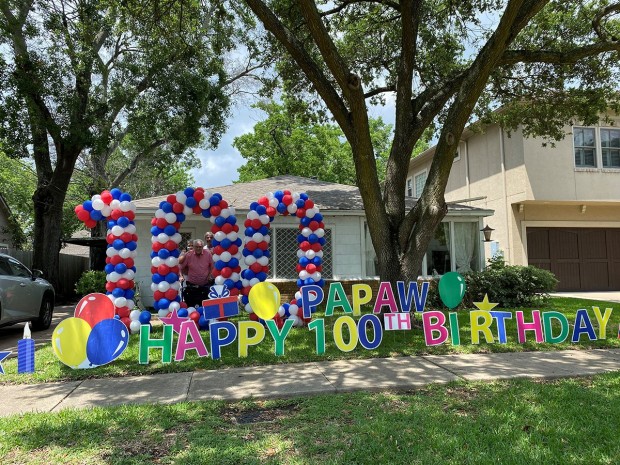 Vic Stanek has lived in West U for 81 years.

You might remember Vic from the days of the JMH grocery stores, where he was the owner, along with partners Rudy Darilek and Jody Haas. Born in Shriner, TX, to a farming family, Vic came to Houston to work at JMH when he was 19. He worked as a cleanup man, a stockist, and a butcher’s helper before being drafted to service in World War II. His return to Houston began a long career as a co-owner of JMH, which at one time was a chain of five grocery stores.

Today Vic might just be West U’s longest-time resident, having lived in the neighborhood for 81 years and in his house on Milton for more than 70. 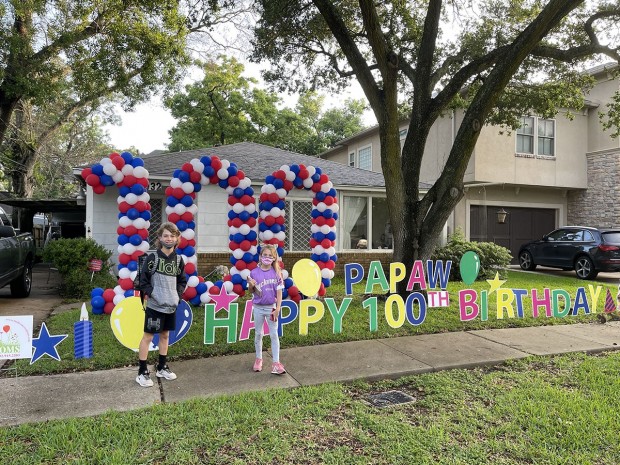 The 100th birthday sign in front of Victor Stanek's home caught the attention of neighbors, including Pippa and Elliott Beasley. Every day, on their way to school, they receive a wave and a warm smile from Victor. So when they saw it was his 100th birthday, they brought over a birthday card.

To celebrate his 100th birthday, Vic’s family – including his three children Dennis Stanek, Shirley Webb, and John Stanek – gathered at the Milton house for dinner and cake. All day, passers-by exclaimed when they saw the three-number yard balloons. Little did they know they were waving birthday wishes to a West U icon.

Editor's note: Read more about the JMH grocery store in this 2005 story.