In a “Fiddler on the Roof” kind of way 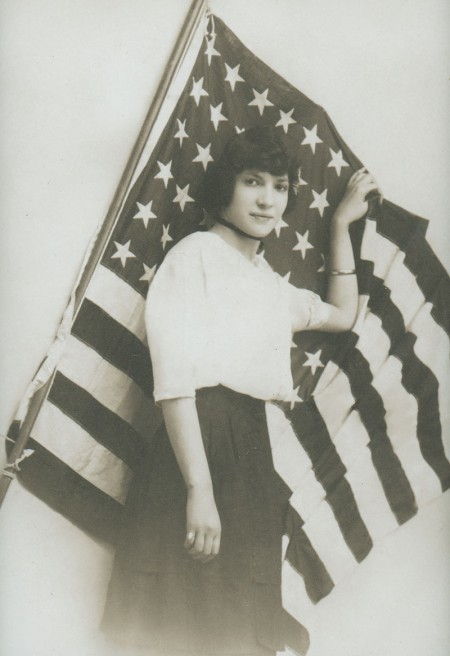 Shalom Aleichem. It’s Yiddish for “Peace be unto you.” We could all use a little more wishing for peace unto us, particularly between us, as we approach our country’s birthday. I’m not Jewish, but I am learning a lot about what that means through my Jewish boyfriend, Stan-the-Man Ehrenkranz.

The writer who inspired the story, Sholem Aleichem, the pen name of Solomon Rabinowitz, is often called the Mark Twain of Russia. Both writers used pen names, and both were pitch perfect in their ability to capture the everyday thoughts of common people in two different worlds at the turn of the 20th century.

Families like Stan’s grandmother’s would spend their Friday nights gathered around Aleichem’s stories. Most famous was his series on Tevye the dairyman and his seven daughters, stories that would later inspire the Broadway musical “Fiddler on the Roof.”

“May God bless and keep the Czar … far away from us,” a line in “Fiddler” says. Between 1880 and 1920, over 2 million Russian Jews, most penniless, made their way to America after being forced from their homes during the reign of the Czar. A series of raids called “pogroms”  on Jewish villages, or “shtetls,” would terrorize the locals into leaving. Aleichem himself left for New York with his family in 1906. In “Fiddler on the Roof,” the fictional Tevye and his family would stay with an uncle he “didn’t like” in New York.

In real life, the young woman you see pictured here, Rochel Ginsburg, was only 16 when she reached Ellis Island, while claiming to be 18, the legal entry age. Just as the fictional families in “Fiddler on the Roof” were given three days to sell their homes and get out, Rochel’s family was given two.

Customarily, as the oldest of 10 children, she would be the first to arrive and get established enough for the rest of the family to join her as they could. Rochel took the Americanized name of “Rose” and quickly put her seamstress skills to work in a New York City sweatshop.

Her only American family connection was a cousin, “Aunt” Ida Goldberg, down in Houston, Texas. It would be years before they met. Once Rose made it to Houston, Ida felt her matchmaker duty to find Rose a “good Jewish boy.”

According to family lore, Baruch Nissimovich, another Jewish immigrant, landed in Galveston in a “banana boat” in 1911 after escaping from the Romanian army. He said he was given the name Ben Newman upon entering Galveston because he was a “new man” on American soil.

Rose and Ben Newman were married in Houston in 1919 and became local merchants. By the 1920s, the local KKK was targeting Jewish businesses. Rose, Ben, and their two sons migrated north to friendlier territory in Sycamore, Illinois, where a daughter, Stan’s mother, Marion, was born. Finally, the family returned to Houston in the 1940s.

When World War II broke out, with two sons fighting in Europe, Rose received a letter from a sister saying it would be her last because it was becoming too dangerous to correspond. In 1945, Rose got the shocking news that her parents and all but two of her siblings had lost their lives in the Holocaust. Rose went to her room and didn’t emerge for three months.

No one knows why her family did not migrate sooner. Rose spoke little of her past, choosing to focus more on present times. Aunt Ida played matchmaker again for Rose’s daughter Marion, to Henry Ehrenkranz. Marion would host her parents’ 50th wedding anniversary in 1969.

In 1971, the movie “Fiddler on the Roof” opened in Houston. By then, Rose was 77. Cousins Mindy Ehrenkranz Wertheimer and Michael Newman say their grandmother, or “Bubbie,” cried through the whole movie. “I remember her saying it was just like her life, except that they didn’t sing and dance as much,” said Michael.

This year, 2021, is the 50th anniversary of the movie debut of “Fiddler on the Roof.” Thanks to Rose’s story, I re-watched it with new eyes, more teary this time. As a non-Jewish person, I am struck by the many painful events of history that touched this one woman’s life. I am also heartened by the happy, fruitful lives of her grandchildren and great-grandchildren who enrich me every day.

Stories, as captured by Aleichem and Twain, show us how much more we are alike than different. As Mark Twain put it, “I am the Sholem Aleichem of America.” Happy Birthday, America.