With the trend cycle moving faster than the speed of light nowadays, it’s hard to keep up, but there’s been one trend dominating - throwback. Thrift stores are regaining popularity, and vintage clothes, accessories, and hairstyles are making their way into closets around town. And as opposed to being limited to one decade, the current fashion trends are a melting pot of multiple decades’ greatest hits. Fueled by social media and celebrities popularizing styles, young people, high schoolers especially, are the epicenter of these trend reincarnations. 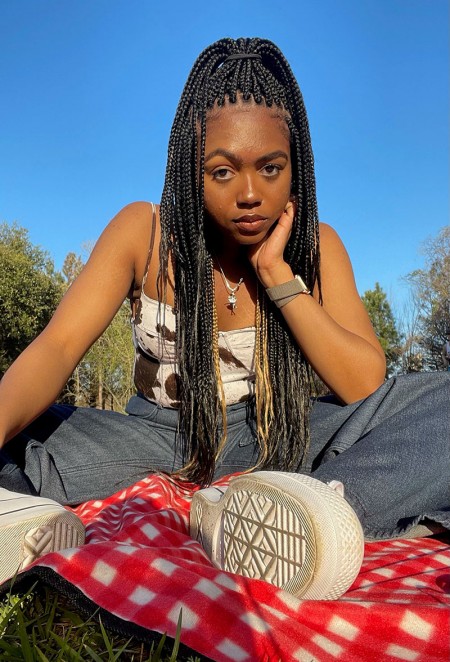 In recent years, among boys, the popular ’80s mullet has regained its former fame. Alex Buettgen, a rising senior at Strake Jesuit and fellow Buzz summer intern, said he was inspired to get a mullet over quarantine because he noticed the trend gaining popularity, and was interested in experimenting. Other revived popular ’80s hairstyles include curly bangs and butterfly clips. Saviana Augustine, a rising senior at St. John’s School, decided to get bangs in an effort to reactivate her heat-damaged curls but she loves the look now. Curtain bangs based on the 1960s and 1970s look, as well as box braids from the 1990s, have also made comebacks. Kennedy Black, a rising senior at St. John’s, mentioned she likes how box braids look and they protect her hair since she doesn't cause unnecessary breakage by doing her hair every day. 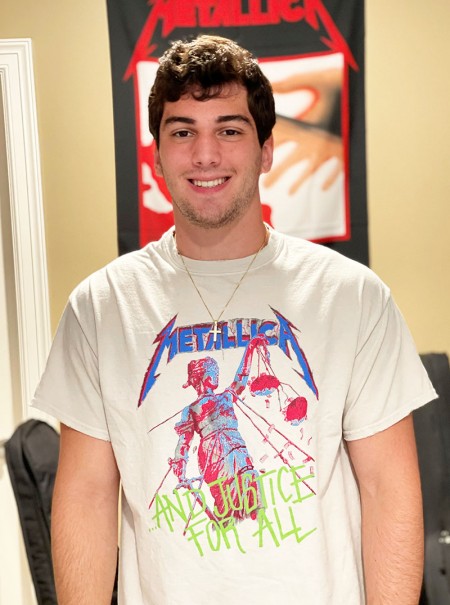 While low-rise jeans of the early 2000s seem to be less trendy these days, bell bottoms inspired by the ’70s, and “mom jeans” inspired by the ’80s are hot stuff. And to go with the bell bottoms, or any bottom really, sweater vests layered over a collared shirt are back in popular culture. Other popular tops include graphic t-shirts. Michael Skaribas, a rising St. John’s senior, says that he enjoys listening to classic rock and older metal bands, such as Metallica and The Misfits, so he likes wearing t-shirts with their artwork.

Chunky sneakers, originally popular in the 1990s, were revived in mainstream fashion in roughly 2018. Three years later, brands seem to be outdoing themselves with new styles of the iconic big shoe. A trend that is relatively new compared to the revival of chunky sneakers is kitten heels which, though modern in the toe box and patterns, are based on the classic 1950s shoes.

In the 1980s, scrunchies were a staple of teenage girls’ closets. The trendiness of scrunchies returned around 2015 and their popularity has increased in the past few years. Another accessory that has been popular for a few years now is bucket hats, which were likewise trendy in the 1980s. Baguette bags, sometimes referred to as the “first it bag,” were popularized in the 1990s, and are once again “it bags” today. 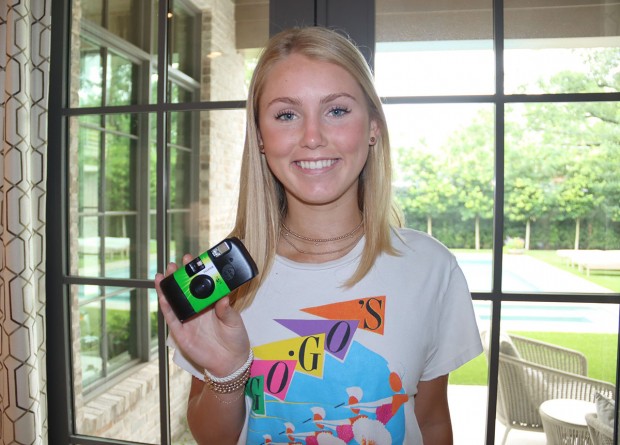 Vinyl record players, first invented in the late 1800s and then popularized throughout the 1900s before the “radio boom,” have made a comeback. The look has changed, but Bryce Pollock, a rising senior at St. John’s, agrees that “newer record players definitely have a timeless aesthetic.” The most recent retro trend, though, is the disposable film camera. The trend has picked up momentum on social media platforms as individuals, such as Kinkaid student, Sara Christ, develop their photos and then share them, often labeled “my life in film.” 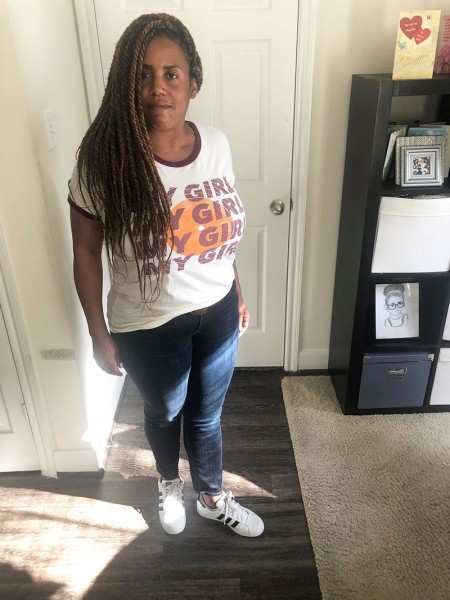 Tamieka Black enjoys seeing her daughter Kennedy wearing styles she used to wear when she was her age. Here, Tamieka is rocking chunky sneakers and a graphic tee, a look she might have worn during her teenage years in the '80s.

Tamieka Black says she remembers growing up in the late ’70s and ’80s when many of these trends were popular, especially graphic tees, bell bottoms, and box braids. “I get a lot of enjoyment watching [daughter] Kennedy style her outfits and ask me questions and for my opinions about certain looks and trends,” Black said.

Like many individuals who grew up in the late 1900s, watching the revival of these trends has allowed Tamieka to “take a trip down memory lane and dust off some of the old clothes” that she’s held onto. What’s new for today’s teens is old - and nostalgic - for their parents’ generation. 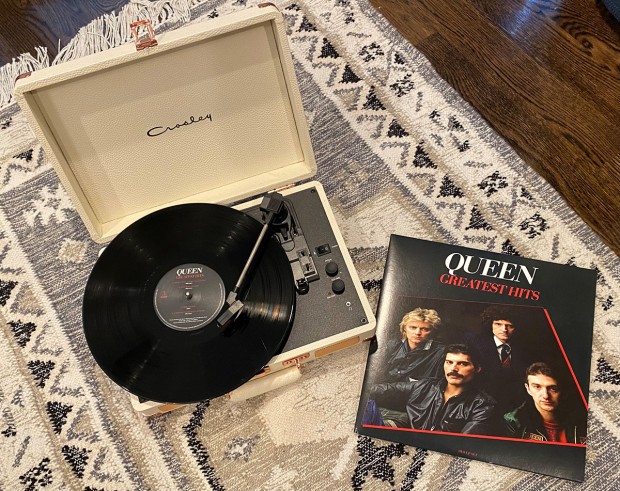 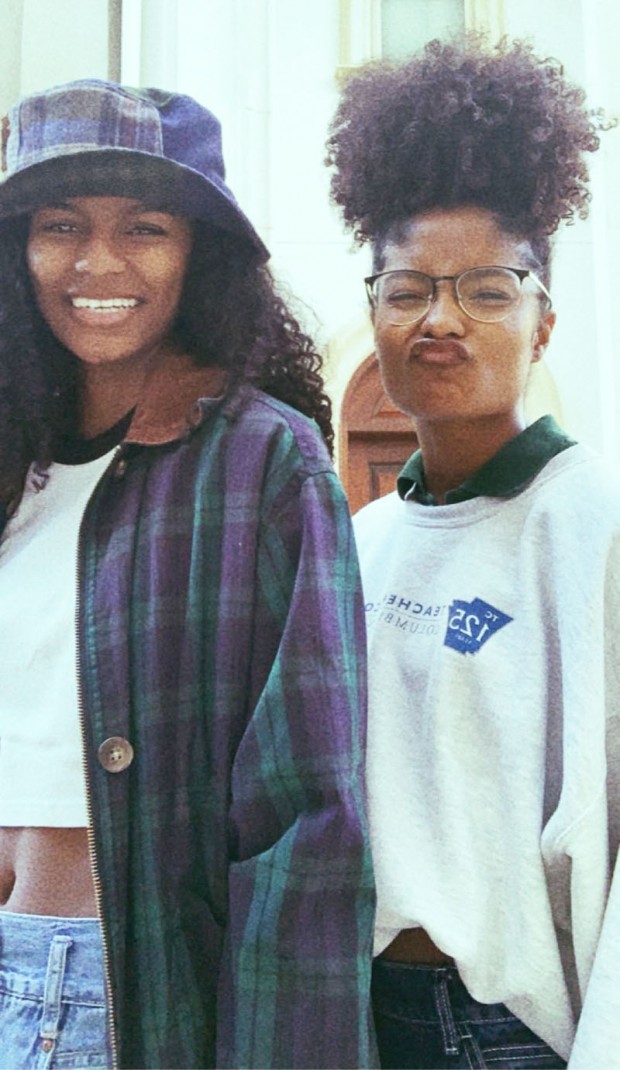 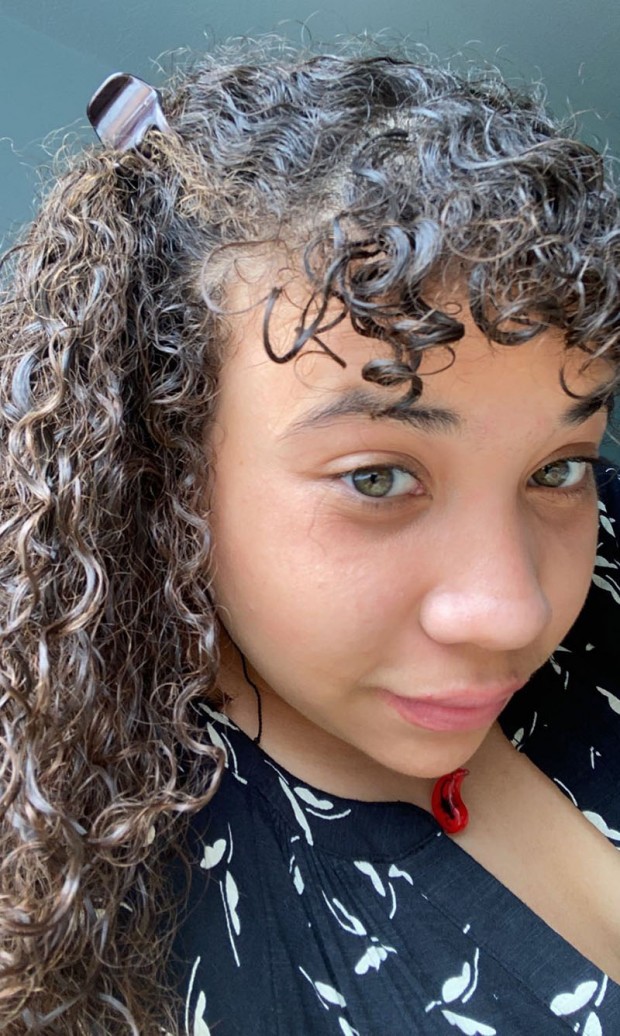 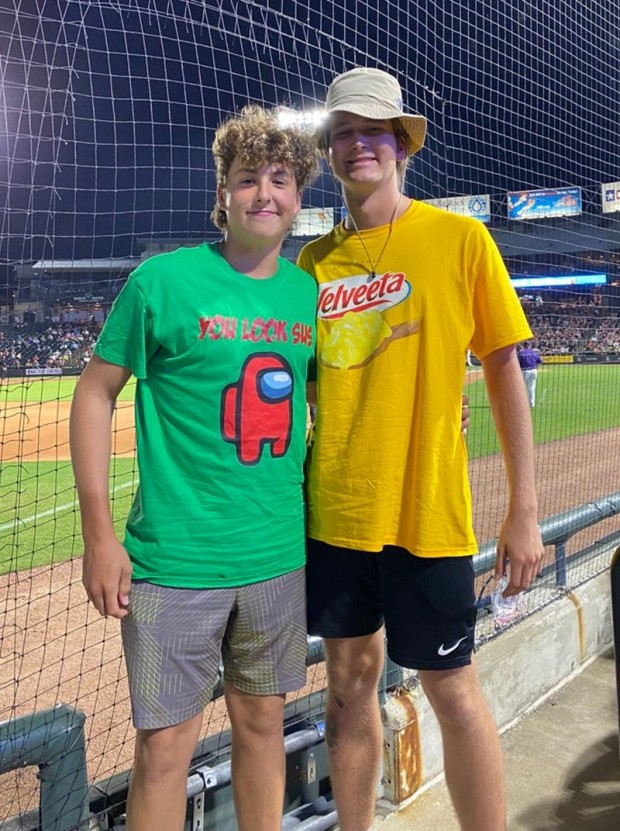