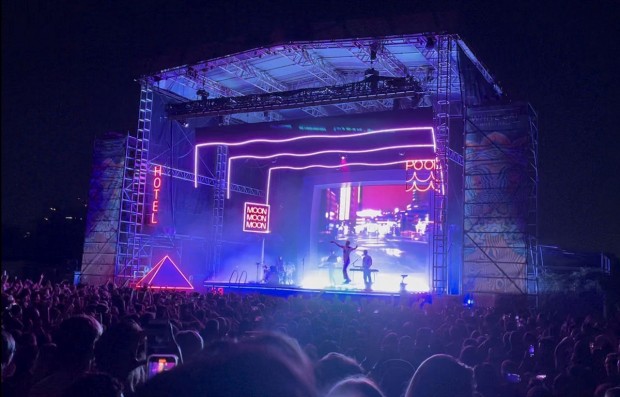 A full venue of bopping heads and screaming voices could only be a memory of the past. But after a year and a half of social distancing, masks and hand sanitizer, venues have opened up once again.

In the span of two days, three different artists flew through Houston, rekindling the love for live music once again.

Beginning on Friday, Pitbull with Iggy Azalea performed in The Woodlands at the Cynthia Woods Mitchell Pavilion. Then on Saturday, Dayglow performed at the Warehouse Live while Glass Animals performed at the White Oak Music Hall, both jam packed and full of adoring fans.

Unfortunately, Harry Styles’ Love on Tour Houston concert was canceled on Monday night due to tropical storm Nicholas but had sold out the Toyota Center before this turn of events.

“I went to the Glass Animals concert on Saturday, and it was the time of my life,” said Delaney Polocheck, a senior at Memorial High School. “There were so many different people, and it felt really good to be surrounded by everyone who loves the music as much as I do.”

Later this year artists like Maroon Five with Blackbear, Elton John, and J. Cole with 21 Savage will also be performing in Houston - no doubt attracting their own thousands of fans.

“I would really like to see Maroon Five with Blackbear live in the near future, but with the new delta variant going around, everything seems to be up in the air,” said Delaney.

This new strain of the COVID-19 virus may set back future concerts to a later day, but as of right now, the concerts seem to be set to happen on the given dates.

It is a relief to many to see these former “high-risk” events slowly reopening and gives hope of a near future of normalcy once again.