The Mustang Women’s Field Hockey team started off their 2021 season strong with a win over Houston Christian. The winning streak continued as they went on to beat St. John’s School just two weeks later. These wins will greatly contribute to their hopes of achieving a winning record this season. The Mustangs will also have to defeat Episcopal and Awty to achieve this goal.

The girls’ varsity field hockey team is coached by Fernanda Vinent and led by senior Vivienne Lachaux on the field. Outside of school, Vivienne also plays club field hockey for Texas Pride and has already committed to Bucknell University.

“I chose Bucknell because felt like the best school for me to be a student and athlete. I really loved the team's value of growth mindset, grit, and gratitude that really displayed the program’s culture,” said Vivienne. “As a field hockey player from Texas, I was looking for a program in the northeast that would bring me closer to the ‘home of field hockey’. Despite the struggles of recruiting during COVID-19, I was able to make virtual connections with the coaching staff and players on the team that made the school feel like the best fit for me. I’m excited to be challenged as a student and athlete at Bucknell and contribute to the program.”

Field hockey, or “fockey” as the players refer to it, is a relatively uncommon sport among public schools in Texas.

“As a public high school with less of a field hockey history than other schools, our goal is to create a presence among the other Houston private schools that play,” said Vivienne.

Junior forward Kate Pounds says, “I want to accomplish getting to know my team better and form relationships outside of field hockey. And I am hoping to get better at my dribbling and shooting skills.” The more bonds created, the more success the team will have. Memorial High School is wishing the Lady Mustang’s luck as they take on the rest of their season! 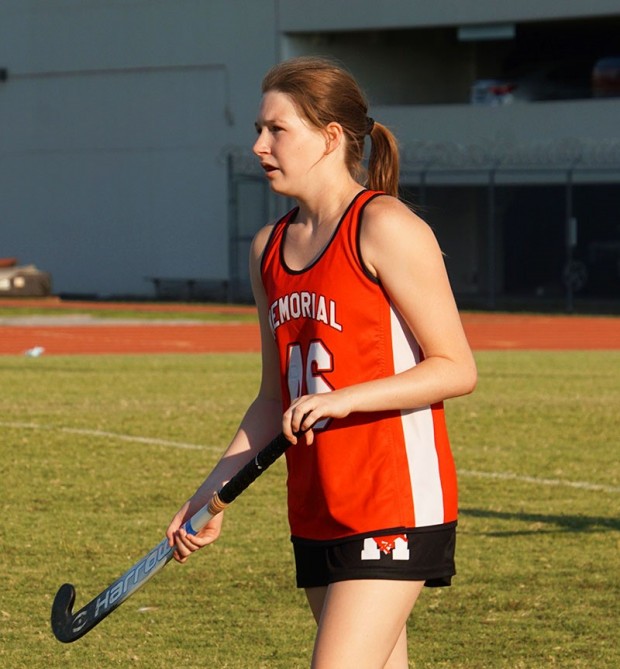 Deeply focusing on the ball, senior Vivienne Lachaux gets ready to make her move against one of the St Agnes Tigers. (Photo: Laine Lohfink) 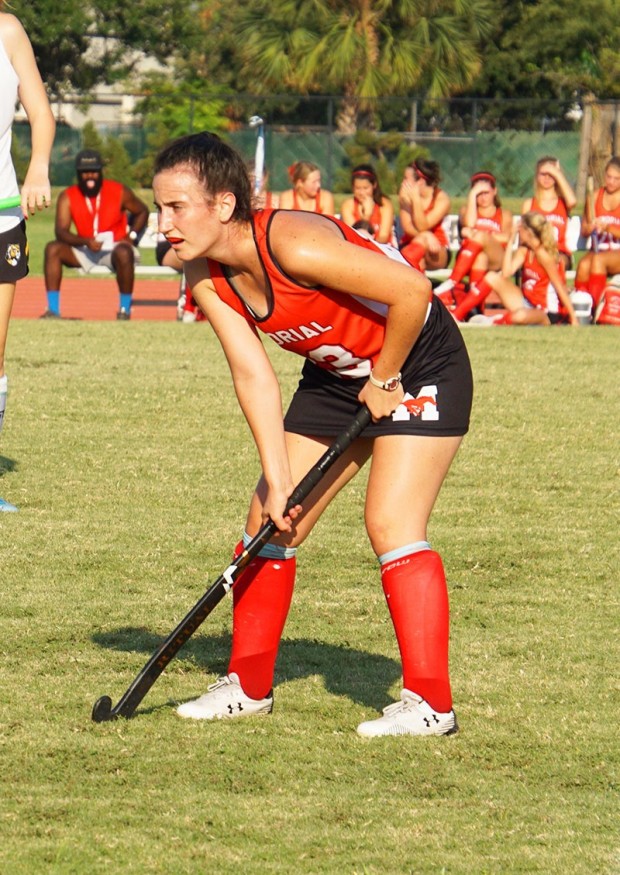 Looking down on the field, junior Caroline Holub watches as her team fights to score against St. Agnes. (Photo: Laine Lohfink)