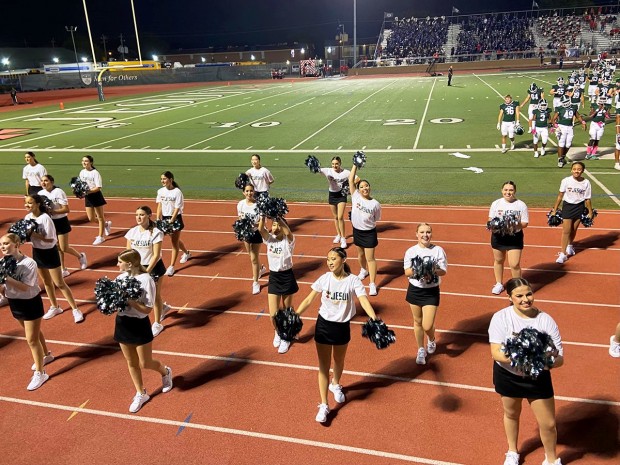 St. Agnes Academy Tiger Girls cheer on the Strake Jesuit football team from the sidelines, rallying up the student section.

On Friday, October 15th, Strake Jesuit faced Pearland Dawson High School for an intense football game. The final score was 24-21 in favor of Pearland Dawson. Rather than be disappointed at this defeat, St. Agnes Academy supported Strake to the very end. It was extremely impressive that Strake was able to come back from a 0-15 score.

Spectators enjoyed the game, as this was one of the first times many have attended a “normal” football game since the Covid-19 pandemic. In my opinion, games like this represent a community coming together to support one team, or one cause - as the theme was “Pink Out.”

All the students and parents cheering for the home team decked out in pink clothing and accessories in support of breast cancer awareness and to show their team spirit! Such themes are common for football games to encourage involvement and boost morale.

“To me, football games are unique experiences because last year was extremely strange and as freshmen, we missed out on community activities,” said Katherine Nelson, a sophomore at St. Agnes Academy. “It is really great to be able to build up a community with our brother school, Strake Jesuit; watching them play football out there is a lot of fun and I think it encourages everyone to come together!” 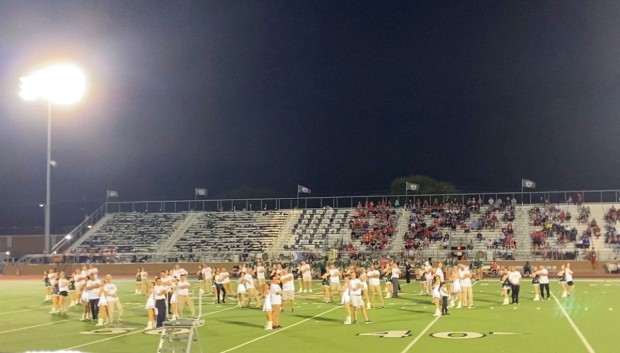 The St. Agnes Academy Tiger Girls Dance Team pair up with their fathers in their half-time performance.

“Today’s football game was very fun for me because we were able to cheer for Strake as a team even though we lost,” said Phoenix Chen, a member of the St. Agnes Tiger Girls Dance team. “Everyone enjoyed spending time on the field together!” The Tiger Girls cheered on the sidelines after their performance to bring up spirits.

Junior varsity cheerleader Ella Huang a speaks about football games returning to a more normal state after the pandemic.

“I am thrilled that Jesuit football games have resumed so that students and parents can build a sense of unity as we cheer for the same team!” she said. “Cheer has been a great experience this year and I’ve had so many new opportunities!” 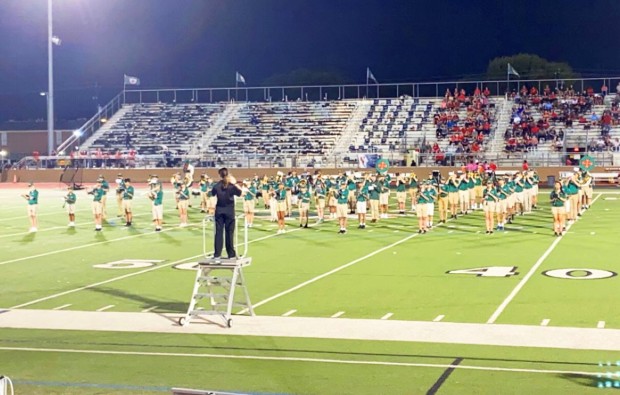 Members of the Strake Jesuit Athletic Band perform during the half-time show.

Students and parents alike are excited about the return to a more normal school year without too many restrictions from Covid. Rallying events like football games allow for the community to bond and come together - not only supporters of the same team, but everyone in the stadium.