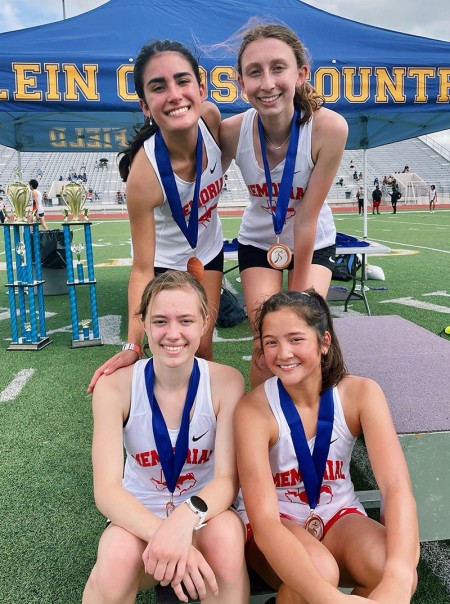 It’s no secret that juggling high school can be tough. On top of academics, many students use high school to explore new passions while pursuing old ones. For multi-sport athletes Naomi deLemos and Caroline Holub, their love for sports came from a young age.

Naomi started lacrosse in third grade and picked up track in middle school. She realized that competing in track events was not only fun and exhilarating, but that it also helped her become a better lacrosse player. She says that track has helped her "work on speed and agility, which proves useful in lacrosse games.” Caroline shares a similar perspective, stating that playing field hockey in addition to lacrosse keeps her "in shape year-round."

However, many students hesitate to play two sports due to the large commitment factor. They fear that playing two sports may hinder their academic life or that their performance in one sport may suffer due to their involvement in the other. In Naomi’s and Caroline’s cases, playing two sports has actually improved their overall athleticism, allowing them to be the best versions of themselves in each of their sports. But that leaves the question of balancing schoolwork and sports…is it possible? Is it worth it?

While both expressed that it can be stressful and tiring at times, they wouldn’t have it any other way. They have said that their sports motivate them not to procrastinate and that the many lessons they learn on the field translate to the classroom.

When asked what their biggest tip/advice was for student-athletes considering taking on another sport, they shared:

Naomi says, “Playing two sports is such a fun thing because you get to hang out with two different groups of people and if you love the sport, just go for it!”

Caroline says, “Just make sure that the seasons don’t conflict too much and double check that both coaches are ok with it, but if they say yes then there is no reason not to!”

All in all, playing two sports while balancing school undoubtedly takes a lot of hard work and dedication. In peak seasons, Naomi and Caroline can play up to 15 hours of sports per week! But take it from these two MHS juniors, it proves to be a truly rewarding experience.