Event Roundup: What to Look Forward to This Weekend 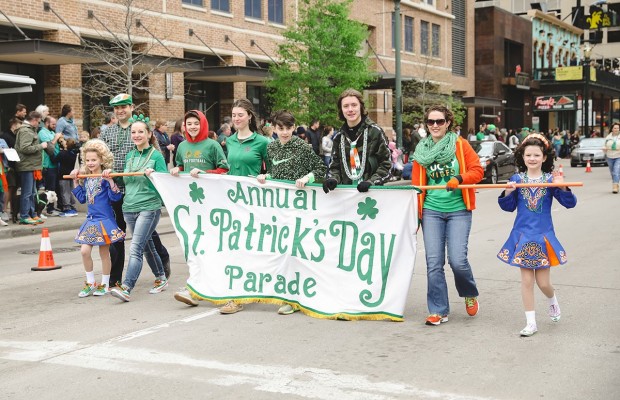 Get on your green and celebrate the luck of the Irish at the 61st Annual St. Patrick’s Day Parade. The parade will start at 12 p.m. and will be immediately followed by live music, food, fun, and games at Historic Market Square Park. (Photo courtesy of Downtown District)

Happy Friday! The weather might be on the chilly side, but we’ve got lots of springy fun this weekend, including:

RodeoHouston
This weekend, performances at RodeoHouston include Bun B on Friday, Parker McCollum on Saturday, and Dierks Bentley on Sunday. Find details and schedules for visiting the Rodeo here.

Notorious RBG: The Life and Times of Ruth Bader Ginsburg opened at Holocaust Museum Houston this week and will be on view through July 31. The exhibit is the first-ever museum exhibition focused solely on this judicial icon. Three-dimensional environments bring key moments to life, such as recreations of Justice Ginsburg’s childhood Brooklyn apartment and of the Supreme Court bench, where visitors can take a seat and imagine making their own opinions heard. Other highlights include a robe and jabot from RBG’s Supreme Court wardrobe; multiple listening stations where visitors can hear RBG’s delivery of oral arguments, in landmark Supreme Court cases, and more. Admission is $19 for adults; $15 for seniors (ages 65+), AARP members and active-duty military; free for children and students through age 18; and free to all visitors Thursdays from 2 p.m. to 5 p.m. Find details and get tickets here.

Spring Break Destination Celebration at the Children’s Museum
This Spring Break, embark on a daily adventure with the kiddos at the Children’s Museum! Saturday is their “Rock the Block” Street Fest, featuring a DJ, carnival games, steel drums, and the Houston Art Car Parade. The fun doesn’t stop there - they’re offering hands-on activities, shows, and interactive performances all week. This upcoming week will include Cirque La Vie, live science experiments, a hip-hop performance, a juggler, and an expert hula hooper! Tickets are $15 each for adults and children, and the Museum is open 10 a.m.-6 p.m.

St. Patrick’s Day Parade and Downtown Block Party
Sláinte! Celebrate the luck of the Irish at the 61st Annual St. Patrick’s Day Parade on Saturday from 12-3 p.m. The parade will start at noon in Historic Market Square Houston and will be immediately followed by live music, food, fun and games at Historic Market Square Park. Surrounding Downtown bars and restaurants will open early for the celebration and feature specials throughout the day. Presented by the Houston St. Patrick’s Parade Commission, the annual event is returning after a brief hiatus caused by the pandemic. The community-focused parade will feature dozens of floats and walking groups. This year’s parade route will begin at Congress and Franklin Streets, then meander along major Downtown thoroughfares past Historic Market Square Park and Wortham Theater before winding back down to its starting point at Post Houston. See a map of the parade route here.

Grammy Award-Winner Ricky Kej: One Earth Concert
On Saturday, world-renowned Indian music composer and environmentalist Ricky Kej will perform his global "One Earth Concert" at the Wortham Theater Center to kick off Houston’s Indo-American Association’s star-studded 2022 Performance Season. The Indo-American Association (IAA) is Houston’s longest-running arts organization with a mission to preserve and promote the performing arts of the Indian sub-continent – founded in 1993. The concert begins at 7:30 p.m. Tickets start at $20. 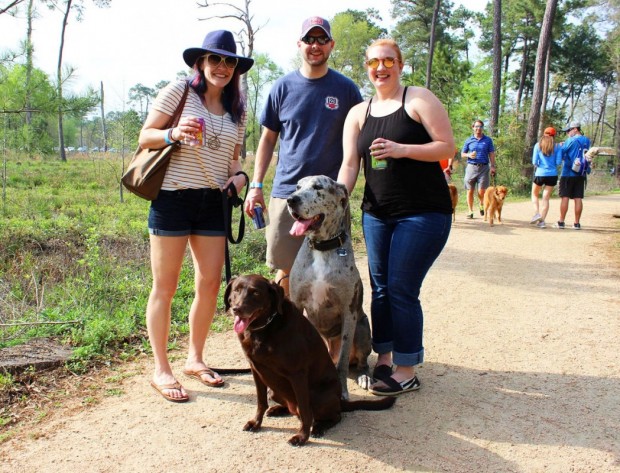 The Houston Arboretum & Nature Center invites all interested humans to bring their favorite furry friends to the best “pup” crawl around on the Arboretum grounds on Sunday from 4-7 p.m. After four special Saint Arnold Brewing Company beer stops along the Arboretum trails, you’ll interact with local pet vendors at the Pet Expo and walk away with a commemorative Pup Crawl glass. The Houston Arboretum’s partners for Pup Crawl are Saint Arnold Brewing Company and BARC. The Pet Expo will include vendors offering human and pet apparel, dog treats and food, custom pet portraits, grooming products, and more. Proceeds support the conservation and education programs of the Houston Arboretum and BARC, the City of Houston’s animal shelter and adoption center. Pet adoptions will also be available onsite. The Arboretum asks that all pets be leashed for the safety of guests and other dogs during the event. Tickets are $35 for ages 21 and up; children are admitted free of charge.