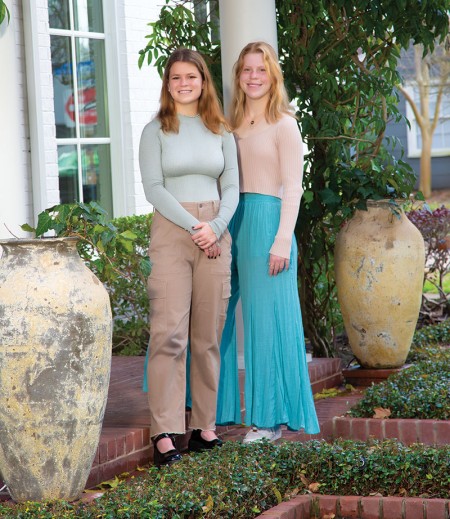 LOSING A BROTHER Twins Natalie and Nicole Hampton have spent the last year collecting stories from siblings of people with disabilities for their new book due to come out this spring. (Photo: lawellphoto.com)

Jake Hampton loved to laugh, and he did so often throughout his short life. Jake was born with a rare genetic disease called MPS II (Mucopolysaccharidosis type II), also known as Hunter syndrome, a debilitating disorder caused by a missing enzyme needed to break down sugar molecules in the body. The molecules build up in different parts of the body and cause serious health problems. As a kid he could run and walk. By the time Jake passed away in 2019, at the age of 17, he had not walked or talked for years.

It was a heart-rending fate and the manner in which twin sisters, Natalie and Nicole Hampton, introduce their brother in their new book By Siblings, For Siblings.

Put simply, it’s a collection of stories written by siblings of people with disabilities – intended to be a support system to help other siblings in similar situations deal with some uncomfortable emotions like embarrassment, anger, and even jealousy.

The Hampton sisters are now 17, Natalie a junior at the Kinder High School for the Performing and Visual Arts and Nicole a junior at The Emery/Weiner School. Losing their brother Jake at the end of their eighth-grade year has been difficult. The girls describe an aching sense of emptiness which still lingers in their West U home they shared with their brother their entire young lives and still share with their parents Monica and Wallis Hampton.

“I just miss having him in the house,” said Nicole. “I would always come home from school and check in on him in his room and he was always in there watching TV. I just miss his presence. The house seems quieter without him.” 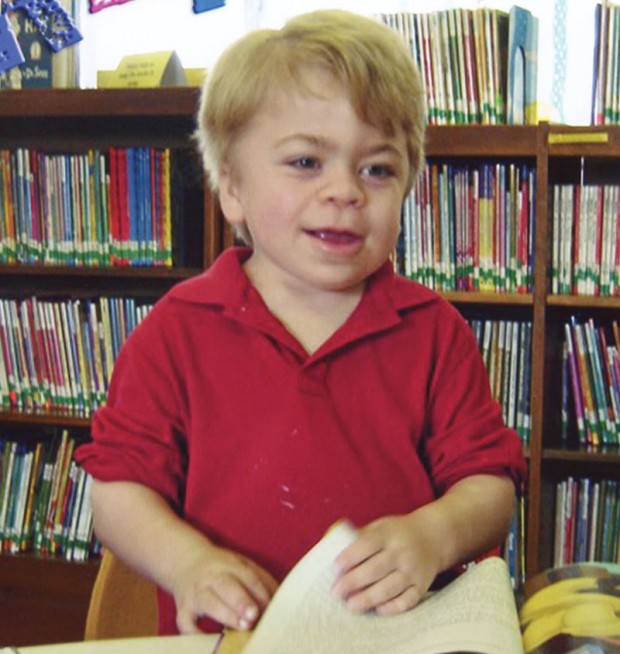 Jake Hampton loved to look at books. He passed from a rare disease in 2019.

The girls got the idea to create a nonprofit group called Special Siblings Connect and then subsequently decided to write the book during the pandemic when feelings of isolation were exacerbated for so many.

“There’s a unique spectrum of emotions that comes with having a sibling with a disability,” said Natalie. “It’s actually been a lot more difficult in the past year and I think it might have to do with quarantine and isolation. Having these hard emotions resurge I wanted an awesome outlet for it so we can help other people who are experiencing the same feelings.”

Having an older brother who required a lot of time, attention, and 24-hour care gave Natalie and Nicole a unique perspective. The girls can relate to the emotions, which they have labeled as chapters in the book: Different, Isolated, Embarrassed, Sorrow, and they share their own stories. The last chapter in the book is called Grateful.

In the book, Nicole laments about missing out on exciting vacations to fun destinations that her classmates always seemed to have. As a matter of medical necessity her family always had to stay in close proximity to specialized care in Houston. The resulting compromise was an annual pilgrimage to San Antonio in a minivan packed with more medical supplies than luggage.  Nicole’s account of the recurring vacation draws on deeply-etched recollections – “Shrek on repeat” and “sitting in the resort lobby playing chess as snippets of my mother arguing with the front desk filtered in: ‘Yes, we requested a first-floor room’ and ‘his wheelchair can’t go up the stairs.’”

Natalie tells a darker story about their Make-A-Wish trip to Disney World in the second grade and describes their stay in “a little village of dying kids.” She describes the memory in agonizing detail: the group of teenage volunteers who painted their nails, but only spoke of the community service hours they were getting and their plans for college and trips to New York, borrowing money from their estranged parents. “Maybe they didn’t consider most of the kids whose delicate nails they filed and painted with bedazzled jewels wouldn’t make it to college.”

The sisters have found healing in this project. Their far-reaching goal is to raise awareness and make positive connections with the hope their approximately 100-page paperback will find its way into the hands of another sister, brother, or parent walking the same difficult path the sisters have already traveled. 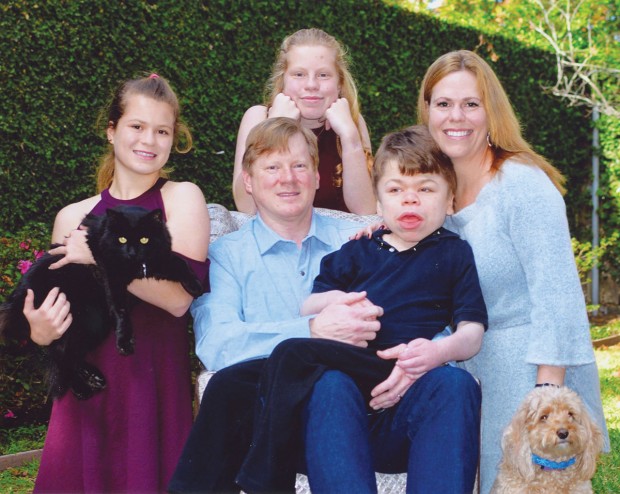 Natalie and Nicole with their parents Wallis and Monica Hampton and brother Jake in 2017. After Jake passed, the sisters created a nonprofit organization to support siblings of kids with disabilities and foster connections between them.

Bevin Barrett has known the girls since they were toddlers and knows a thing or two about the struggles siblings face. She runs PM PALS, a free respite program at St. Luke’s United Methodist Church where children with disabilities, and their siblings, are invited to a parent’s night out. The children are paired with one-on-one volunteers so the parents can have a worry-free, much-needed break.

“It’s easy to forget about the impact on the siblings,” said Bevin. “It’s important that they also get to be around and bond with siblings that are going through similar experiences as them and get a chance to normalize some of their feelings.”

Natalie and Nicole are still regulars at PM Pals, but now as volunteers. Bevin, who is a licensed counselor, has reviewed the book and can’t wait to use it as a resource for families. 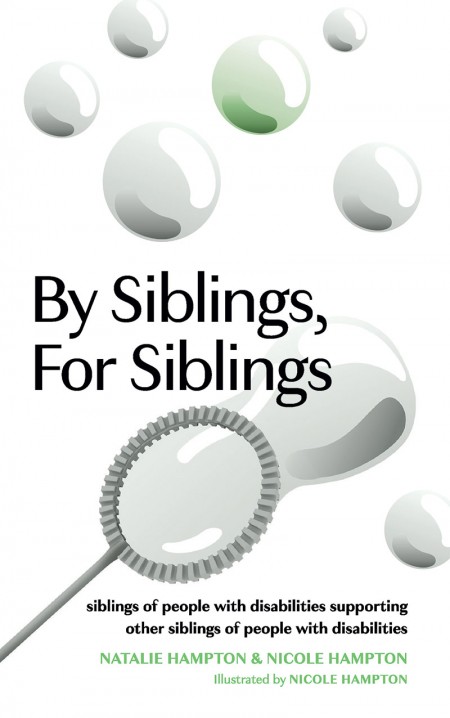 By Siblings, For Siblings

“I see books more focused on the child with special needs, but not as many for siblings,” said Bevin. “I thought it was wonderful. It's just a really heartfelt way to help other siblings know that they're not alone.”

It’s been three years since Jake died. The passing months have no doubt fueled Natalie and Nicole’s growth and living, but not without a sprinkling of real hard days set in motion by thoughts of a brother whose presence they miss more than either could have ever realized.

The girls reveal their personal struggles and epiphanies throughout the book. Nicole shares this poignant thought.

“Now the ‘eventually’ has come. I can finally go on all the adventures that I so craved before, but all I want now is to go back to San Antonio with my brother.”

See specialsiblingsconnect.org for information on a link to purchase Nicole and Natalie’s book and for a list of resources for siblings of special-needs individuals. By Siblings, For Siblings will be available through their website and Amazon this spring.