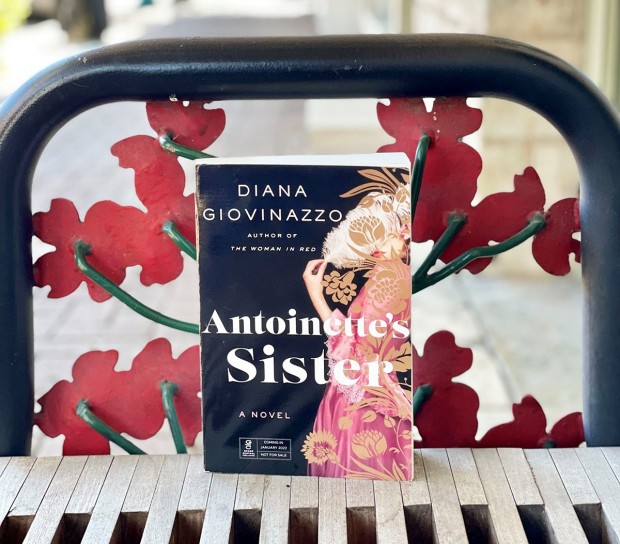 The United States celebrates Women’s History Month in March; the month is dedicated to highlighting the plethora of important contributions that women have made and continue to make in our world. In the last few years, there has been a bigger push to tell women’s stories, and I am thrilled to see more and more books commemorating trailblazing women which ensures that their stories will not be forgotten.

This week I selected five historical fiction books about women who left their mark on our world. I hope you enjoy these books about individuals who deserve to be remembered and recognized during Women’s History Month:

Antoinette’s Sister by Diana Giovinazzo – While everyone is familiar with Marie Antoinette, her sister, Queen Charlotte of Naples, is much less renowned. The daughter of the formidable Habsburg ruler Empress Maria Theresa of Austria, Maria Carolina Charlotte is groomed from birth to extend her family’s power and influence through marriage. When older sister Josepha dies, Charlotte is forced to marry King Ferdinand IV of Naples, a simple and easily influenced individual, and she finds herself thrust into the role of Queen of Naples amid power struggles, economic turmoil, and political uprisings. Antoinette’s Sister brings Queen Charlotte and Naples vividly to life as well as portraying the Habsburg family’s influence and domination in the political arena during this time period, creating a fascinating and compelling read.

Band of Sisters by Lauren Willig – During World War I, a group of women volunteers from Smith College traveled to France to help the country’s citizens whose lives and livelihoods were destroyed by the German invaders. The Smith College Relief Unit, including two female doctors, arrived in France ready to contribute aid, but found that, first, they had to overcome numerous obstacles, including dissension within their own group. Much of the historical-fiction novel is based on letters from the actual women who served in the Smith College Relief Unit, and Willig fills the book with fascinating facts about these Americans who headed to Europe as part of relief efforts, the work they did, and the role they played in the war.

The Only Woman in the Room by Marie Benedict - The Only Woman in the Room chronicles the long and accomplished life of Hedy Lamarr (born Hedwig Keisler), the Hollywood screen star from the 1940s and 1950s. Escaping her Nazi-affiliated husband in the dead of night, she arrives in Hollywood where she launches the acting career for which she is well known. Unable to forget the horrors she witnessed in Austria, she recruits a partner (George Antheil), and they quietly begin work on an invention that she hopes will help the United States win the war against Germany. While the U.S. Navy did not adopt their invention until the 1960s, their work eventually led to the creation of Bluetooth and ultimately WiFi and the cell phone, and she and Antheil were inducted into the National Inventors Hall of Fame in 2014.

The Personal Librarian by Marie Benedict and Victoria Christopher Murray – Belle de Costa Greene worked as J.P. Morgan’s personal librarian and curator of his private library housed in a townhouse off of East 36th Street before the collection became the Morgan Library and Museum. While she became an influential individual in the art world and one of the country’s most prominent librarians, she hid a devastating secret – she was a Black woman “passing” as a white woman and moreover was the daughter of the first Black graduate of Harvard. The Personal Librarian chronicles Belle’s life and legacy and what it was like to be torn between success and the desire to be herself. Benedict and Murray effectively evoke Belle’s constant struggle to straddle the two worlds she was caught between and the downhill trajectory of race relations during her life that further complicated her choices. All sorts of fascinating book-related information is woven seamlessly into the story including details related to rare books, manuscripts, and incunabula (books printed before 1501) including the Gutenberg bibles, the first books printed in English and who printed them, and so much more.

Sisters in Arms by Kaia Alderson – Debut author Kaia Alderson’s book is inspired by the true story of the women of the 6888th Central Postal Directory Battalion (the Six Triple Eight), the only all-Black battalion of the Women’s Army Corp during World War II. Tasked with crossing the Atlantic to ensure U.S. servicemen received word from their families during the war, these brave women not only dealt with the regular dangers of war, but they also had to contend with racial injustice and those who wanted them to fail. Sisters in Arms is a wonderful book about courageous women whose stories deserve to be told. 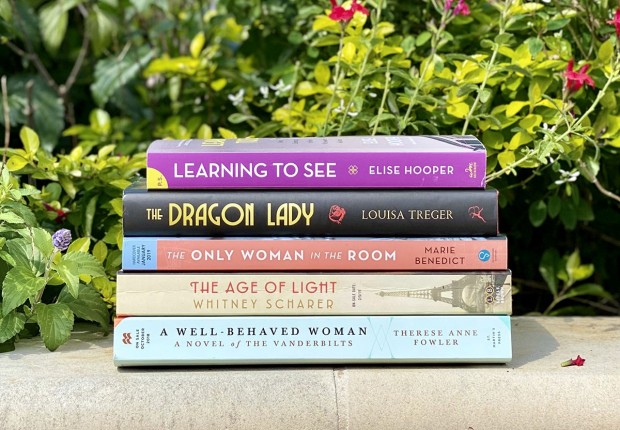 Celebrate Women’s History Month by reading about some fabulous and influential women.