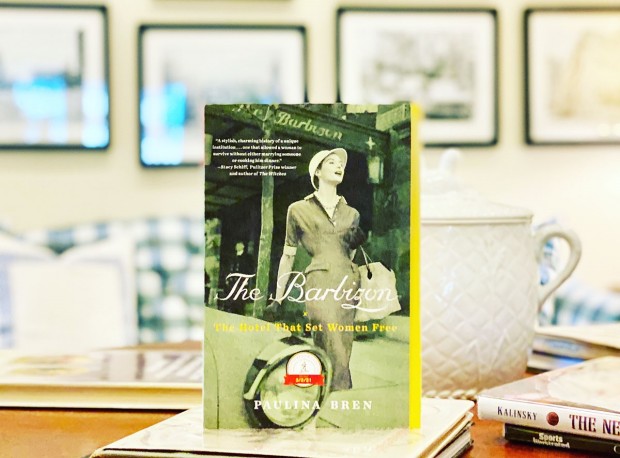 The Barbizon tells the story of the various women who walked through its doors.

On the last day of Women’s History Month 2022, I chose five nonfiction books that highlight trailblazing women. (For more reads about inspirational women, see this Page Turners article.) Several of the books focus on individual women including the mothers of Martin Luther King, Jr., Malcolm X, and James Baldwin, and other books focus on groups of women such as the myriad of individuals who lived at the Barbizon and paved the way for later women to live independently. All of them contributed to our world in a way that should be remembered.

I hope you enjoy these books about incredible women who deserve to be honored during Women’s History Month:

The Glass Universe by Dava Sobel - The Glass Universe tells the story of a group of women hired by the Harvard College Observatory as “human computers” beginning in the mid-1800s when photography began revolutionizing the field of astronomy creating a new field called spectrophotography. The images created via photography magnified the views of the cosmos to degrees far beyond what the naked eye could see even with a telescope, and these women studied the thousands of glass photographic plates created nightly at the observatory in Cambridge. As a result, the women discovered thousands of new stars, learned what stars are composed of, and characterized stars into groupings with similar traits. Sobel’s story is uplifting and highlights the recognition these women received at a time when women working was highly uncommon.

My Remarkable Journey: A Memoir by Katherine Johnson – This memoir of Katherine Johnson’s remarkable life is being published posthumously and is a quick and fascinating read. Her story is now known the world over after the Hidden Figures book and movie celebrated her contributions (along with several other Black women) to NASA’s first manned flights in space, but in My Remarkable Journey she starts at the beginning and tells the incredible tale of her 101 years in her own words. From her early years as a child prodigy in West Virginia to her many years at NASA as a human computer, she threads in her experience as a Black woman and includes the historical backdrop against which her contributions occurred.

The Three Mothers: How the Mothers of Martin Luther King, Jr., Malcolm X, and James Baldwin Shaped a Nation by Anna Malaika Tubbs – While much is known about Martin Luther King, Jr., Malcolm X, and James Baldwin, most people are unfamiliar with the exceptional women who raised these three great men: Alberta King, Louise Little, and Berdis Baldwin. In her seminal debut, Anna Tubbs brings these women’s stories to life and emphasizes their efforts to inspire and protect their children who were born into a society that resented them from day one. This beautiful homage to Black motherhood is highly relevant for today’s world.

When Women Invented Television: The Untold Story of the Female Powerhouses Who Pioneered the Way We Watch Today by Jennifer Keishin Armstrong – The arrival of television was ignored by many men in the entertainment industry who felt radio was the better platform. Four women, Irna Phillips, Betty White, Gertrude Berg, and Hazel Scott individually used this opening to each forge their own path in the television industry and, as a result, significantly impacted the way we still watch the medium today. When television did in fact prevail, these women were pushed to the side as men began to dominate the industry. When Women Invented Television spotlights their forgotten stories.