A Simple Act of Kindness

A baseball story that’s about more than baseball 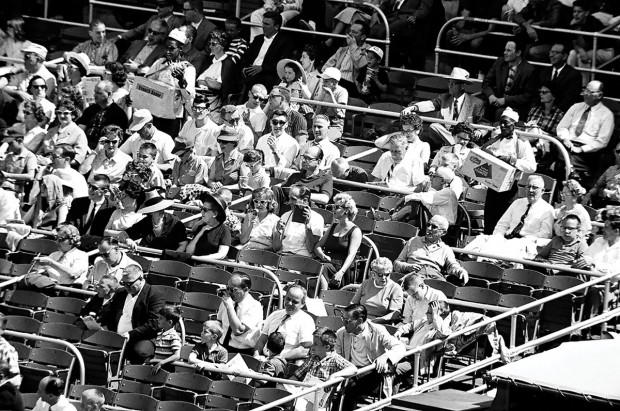 LEMONS TO LEMONADE It was a forgettable game, but a memorable moment for Dr. Ben Portnoy as a teenager in the late ’50s. Many years later, he remembers a sweet act of kindness from fellow Cincinnati Reds fans during a hot summertime game. (Photo courtesy of The Cincinnati Reds)

Once you reach a certain age, I’ll call it “rounding third,” it can be surprising what memories surface. They aren’t always the big, dramatic ones. Sometimes you can remember a small gesture and the feeling it gave you. Then you get to experience that feeling all over again.

Nothing wrong with that. My old friend, Dr. Ben Portnoy, who talked to you last month about his bow ties, has such a memory from his days as a teenager in Cincinnati. Here’s Ben.

Over the course of my life, I have received many gifts and have been the beneficiary of multiple acts of kindness. I am sure that many of these have been flushed from my memory. In fact, it is hard for me to call up these specific acts of kindness from the depths of my mind. I guess that I tend to file these away as well deserved so not very memorable. Maybe I just expect good things to happen to me, and when the act of kindness does occur it doesn’t register, as it was what I anticipated. Somehow the nasty acts tend to linger in my memory, but I digress. One act of kindness I do remember well.

In 1959, I had just finished the ninth grade in Cincinnati, Ohio. My friend Stu and I wanted to go to a baseball game. In those days, tickets were very affordable, and I think our admission was probably a half dollar. I cannot recall who the Cincinnati Reds were playing that day. We went because it was something to do. Of course, it was always great to watch Ted Kluszewski at first base with his muscular arms and cut off sleeve jersey, and we would hope that he would hit a home run. Stu and I got good seats, pretty close to the field. Crosley Field, the Reds' stadium, was situated close to downtown Cincinnati, and it was no problem getting there by bus.

The game dragged on as some baseball games drag on. Summer in Cincinnati is hot and humid. We had splurged on a hot dog for lunch during the first or second inning, and by the seventh inning stretch the sun was shining right at us. We were sweaty and thirsty.

Stu and I discussed what to do. We had just enough money for the 10-cent bus ride home. But we really wanted a lemonade. If we each bought a lemonade, that would leave us with no bus fare. My father’s office was in downtown, and we figured we could walk to his office in 15 or 20 minutes. Then we could hitch a ride home with him when he was done with work. It was so hot that we really did not want to walk to downtown. Also, it was an uphill walk. We were sweaty enough. In our early teen reasoning, we discussed the pros and cons of what to do. In the meantime, the sun was beaming down on us, and we were miserable.

Every story has a climax. Ours was when two arms with large meaty hands reached over our shoulders and handed each of us a big paper cup of lemonade. Two men dressed in white shirts with ties were seated behind us. The arms, of course, belonged to them.

Oh, the relief of those glasses of lemonade. I can almost taste it now. And then the game was over, and Stu and I went home on an air-conditioned bus.

Whoever those men were, I’ll never know. But when I perform some kind act, I think of them and that day and figure I am just paying it forward. What worries me is what all those people have thought of my buying them a lemonade.

Here we are talking about one simple act of kindness that happened decades ago. Most likely the anonymous people who performed it are no longer with us, but their kind act, even now, has made me feel kinda light and breezy.

Lately, it’s been easy to get caught up in “what if” worrying about the future. The world seems to be getting edgier by the minute. It’s easy to add my own angst into the simmering pot.

Ben’s story is a valuable reminder. Kindness is portable, weighs less than a cell phone, and can be called up at any given moment.

Note to self: Before you open your mouth, ask yourself: “Is it kind?”

Another note to self: Mix gratitude in with your memories. Perhaps our future has something to do with how we remember our past.

And finally, do the above even when you don’t feel like it.  It can lower your blood pressure and perhaps prolong your life, or at least, make the run more pleasant between first and home.