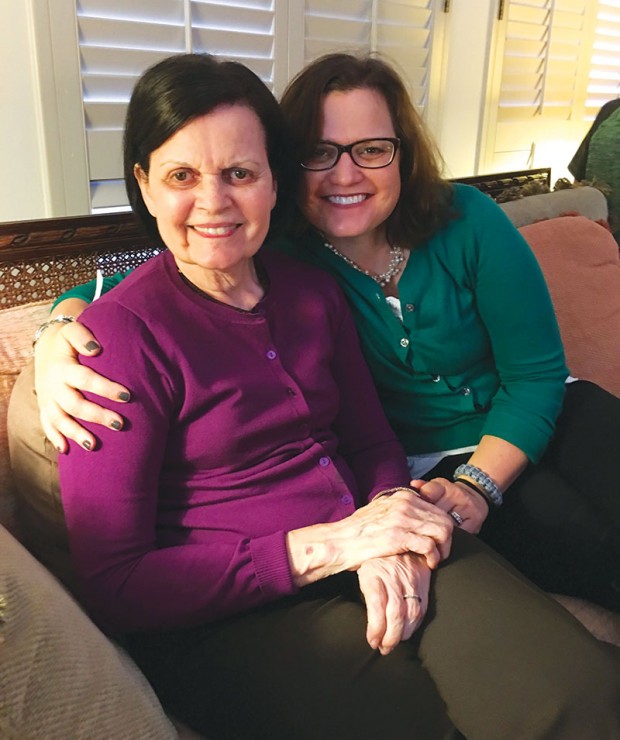 June 2, 2012. The day longtime Briargrove resident, Mary Moreland, experienced a profound change. It was the day her father died and her “third child,” Jane, was born. Jane is Mary’s once nurturing mother who transformed into a deeply dependent daughter.

Mary offers an intimate account of that difficult journey in her autobiographical book, The Gap Between: Loving and Supporting Someone with Alzheimer’s.

“She couldn't walk. She couldn’t get in and out of her bed by herself,” said Mary, an ethics lawyer and single mother rearing two young sons at the time. Describing her mom toward the end of her life: “She didn't know who I was, although I feel like she knew I was familiar. It really is a devastating disease to watch your loved one go through.”

Alzheimer’s is a progressive neurological disorder that causes brain cells to die. For many people it starts with mild cognitive impairment; a person could still live independently, and the disease could go unnoticed because changes are subtle at first.

“My mother lived so close (1.4 miles away in Tanglewood); I would see her all the time, but she would run errands and take a really long time,” said Mary. “We were also in denial, and we didn’t know about the first stage of Alzheimer’s.”

Jane P. Moreland was a teacher as well as a published poet and author of many short stories. She was a past winner of the Iowa Review contest and judge for PEN America’s southwest fiction contest. She and her husband, Jon Moreland, who went by Marvin, lived in Tanglewood, an exclusive inner-city oasis. They were the original owners of their colonial-style home on Shadywood, building it in 1976. Mary was just six years old when they moved in and that’s where Jane lived until 2015, about four years after the diagnosis when it became clear she needed more care. Jane moved to assisted living at Belmont Village.

“There’s actually a lot of joy for a long part of the disease,” said Mary. “You just have to meet your relative where they are even if you can’t enjoy exactly the same things that you used to. My mother, even after diagnosis, was still writing short stories. She was laughing; she was enjoying her grandchildren. She used to come to events at school, to see her grandsons in plays. There still can be a lot of life, despite someone’s Alzheimer’s.”

Jane died in 2020. After her mother’s death, Mary met virtually with a therapist who encouraged her to write. With the support of her sons, Henry Prendergast, now a freshman at Rice who graduated from Kinkaid in May, and James Prendergast, a junior at Kinkaid, she took leave from her career of international law and cross border transactions to write about her family’s decade-long battle with Alzheimer’s. 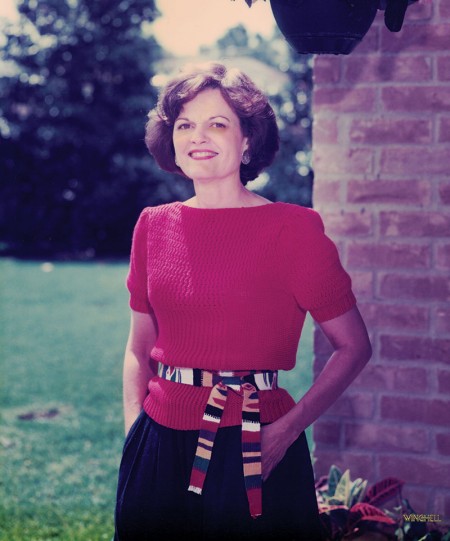 Jane Moreland, pictured here in the ’80s, was a teacher, writer, and prize-winning poet.

Mary is blunt about the cruelness of the disease. The book takes you from diagnosis to deathbed touching on topics no one wants to talk about: behavior, diapers, caregiving, and grief. But there, between the chapters, she brings to life an elegant Southern lady who charmed everyone and gives us a glimpse into her brilliant mind. Mary was able to include a collection of unpublished poems she found among her mother’s belongings.

“I think the juxtaposition of a book about her losing her cognitive abilities next to these poems that are so thought-provoking and smart,” said Mary. “It’s just such a contrast.”

Mary and her family didn’t have to look far to get support when her family finally accepted the diagnosis. Jane had been longtime friends with Carolyn Wimberly, who founded the Alzheimer’s Women’s Auxiliary for Resources and Education (AWARE), a group that helps raise funds for caregivers. Carolyn’s daughter, River Oaks resident Sarah Ray, is on the board of directors for the Alzheimer’s Association Houston and Southeast Texas Chapter. Sarah and Mary grew up around each other; the families would vacation together. Sarah, a retired corporate securities attorney, knows the affliction of Alzheimer’s all too well, losing her dad to it in 2019.

“People who have Alzheimer's or other forms of dementia, you can’t control their behavior; it’s completely unpredictable and can be embarrassing,” said Sarah. “Even though my dad was extremely intelligent, he could still do math in his head, he then would turn around and think a poker chip was an Oreo and try to eat it.”

Mary is donating a percentage of profits from her book sales to AWARE.

“I’m really proud of Mary for writing it,” said Sarah, who says it will take people like her to knock down a stigma that has persisted. “It would be nice if people understood more, just like a toddler throwing a temper tantrum in the grocery store. Most moms who have had toddlers will empathize with that mom, rather than thinking, ‘Oh, that's a horrible child or a horrible mother.’ We're not quite there yet with Alzheimer’s.” Mary hopes a naked glimpse at Alzheimer’s will have a long-lasting effect.

Early signs and symptoms include:

• Confusion with time or place

• New problems with words in speaking or writing

• Misplacing things and losing the ability to retrace steps

• Withdrawal from work or social activities

• Changes in mood and personality

Houston Southeast Texas Chapter of the Alzheimer’s Association offers support for people affected by Alzheimer’s disease and works to reduce the risk of dementia through the promotion of brain health. See alz.org/texas. 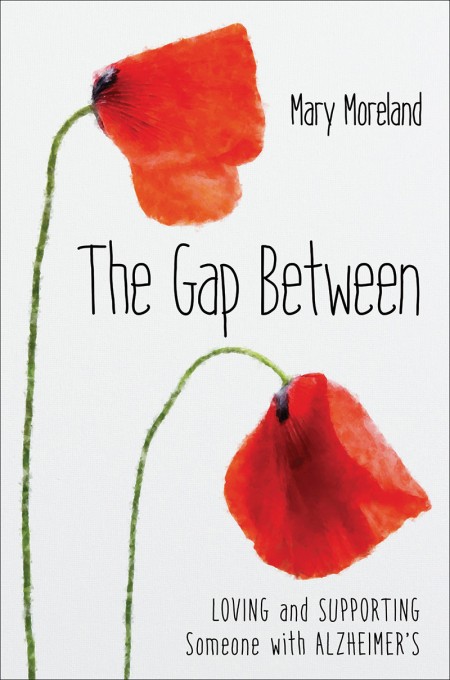 Mary Moreland titled her book The Gap Between after a line in one of her mother’s poems, A Visit, printed below. The Gap Between placed second in the non-fiction category at the North Texas Book Festival in August.

Jane P. Moreland was a published poet and author of short stories. In Mary Moreland's The Gap Between, she printed a collection of unpublished poems found among her mother’s belongings, including the poems below.

The Progress of Grief

It becomes the somber pigeon

released every dawn and home by dusk

to find you in umber shade of live oak,

into the private hollow that could split

to run widening through shallows

your inner landscape, wash you

in cold currents over deep floors and out

into sunlight, where you find yourself

that is the bold stroke across canvas

that severs then from now, life as absolute

before the blurry gold becoming.

She comes in with a box

of blue iris and white penstemon,

wires and shears: the tools of control.

She tours my house,

I know her silence:

She cheers the hall arrangement,

three shades of red poppies in a blue vase,

I put there half to mock her.

She calls me to the kitchen

as she arches stems to widths and heights

defined by a porcelain urn.

I watch in silence my mother working

at our shared obsession, thinking how

in the gap between us,

someone could plant sequoias.

They ask why I speak

when you can’t hear me,

why I stay since even if you see

you won’t remember. I should leave

for fresh air. In your rarefied sky,

you won’t miss me.

Waste Not, Want Not

is where it comes from, my grandmother’s

cross-stitch sampler, code that raised me.

of outgrown skirts into rugs.

one precious drop of you.