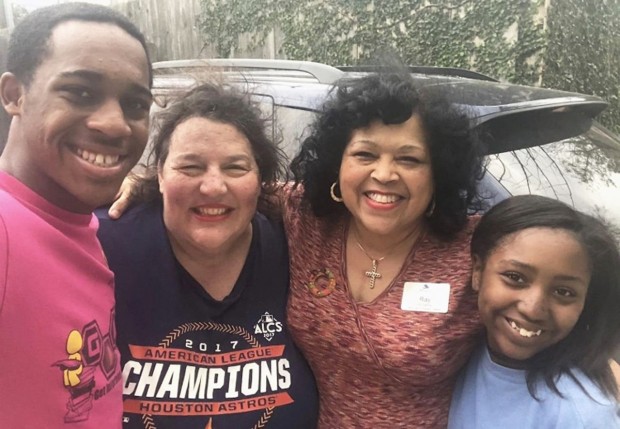 Josiah, Karen, Rayna and Josiah's little sister Sumiyah are always happy to see each other.

Labor Day 2006 was a rather unique one. Hurricane Katrina had unleashed its wrath across New Orleans, sending survivors to various places in the southeast including the Astrodome. Like most of the world, we watched TV in disbelief. I was watching live news coverage at 2 a.m. when the newscaster said volunteers were needed. There were so many buses of people headed to Houston. We live near the Astrodome, so I went to help.

Around 6 a.m., an evacuee, Rayna, asked if she and her friend could borrow my phone to try and call their families to let them know they were alive. Understandably, they looked like they were in shock. (They later shared that they had “lived” on an overpass with other neighbors for two days to escape the flooding.)

When I went back the next day to help, I ran into Rayna and her friend again. They had made a “cot community” with neighbors they had met on that freeway. I also met Jo-Jo, Rayna’s grandson and one of the cutest two-year-olds you have ever met. His big smile was infectious and he sure was charming! His mom, Rayna’s daughter Nadia, had worked a nursing shift when Katrina hit. So Rayna’s one night of babysitting had become much longer than expected. (It ended up being three months before he reconnected with his mom who had been evacuated to Atlanta.) At this point, Rayna did not know if Nadia was alive.

Despite all that they had been through, they kept their spirits up. It was always easy to find Rayna in the Astrodome because I could hear Jo-Jo’s happy laugh. Over the years, we have stayed in touch. Rayna has made Houston home, as did Jo-Jo’s mom and other family members. Along the way, they received places to live through Habitat for Humanity. In New Orleans, Rayna had worked for Piggly Wiggly for 20 years and was a manager when Katrina hit. In Houston, she worked at the Briar Club Tennis shop and coordinated special events at Amazing Place, a day center for memory loss clients. 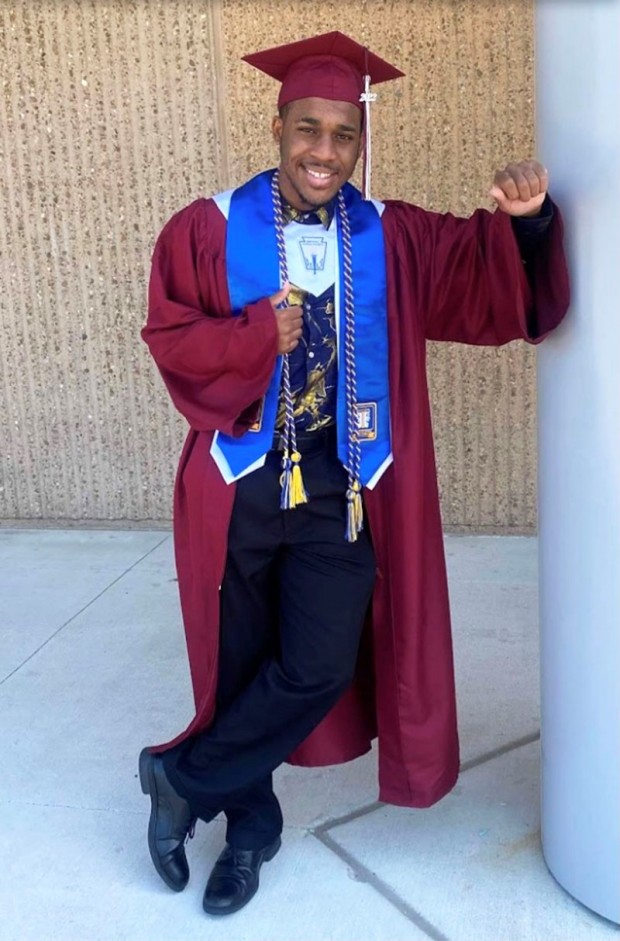 Over the years, Jo-Jo, who started going by Josiah, has done well in school, has lots of friends and still has his big personality. There have been many answered prayers during the last 16 years. Josiah does not remember anything about the hurricane or the time spent in the Astrodome.

During his senior year, Josiah ran track for Northbrook High School in Spring Branch. This past May, he graduated with honors.

I am thrilled to share that Josiah’s 2022 Labor Day weekend will look much different than his 2005 Labor Day weekend. Instead of sleeping on a cot in the Astrodome, he will be sleeping in his dorm room at the Moody Towers because he received a full scholarship to the University of Houston! He is a proud new Cougar, the first in his family to ever go to a four-year college. His grandma knows he will do great because she knows firsthand just how much of a survivor he is. 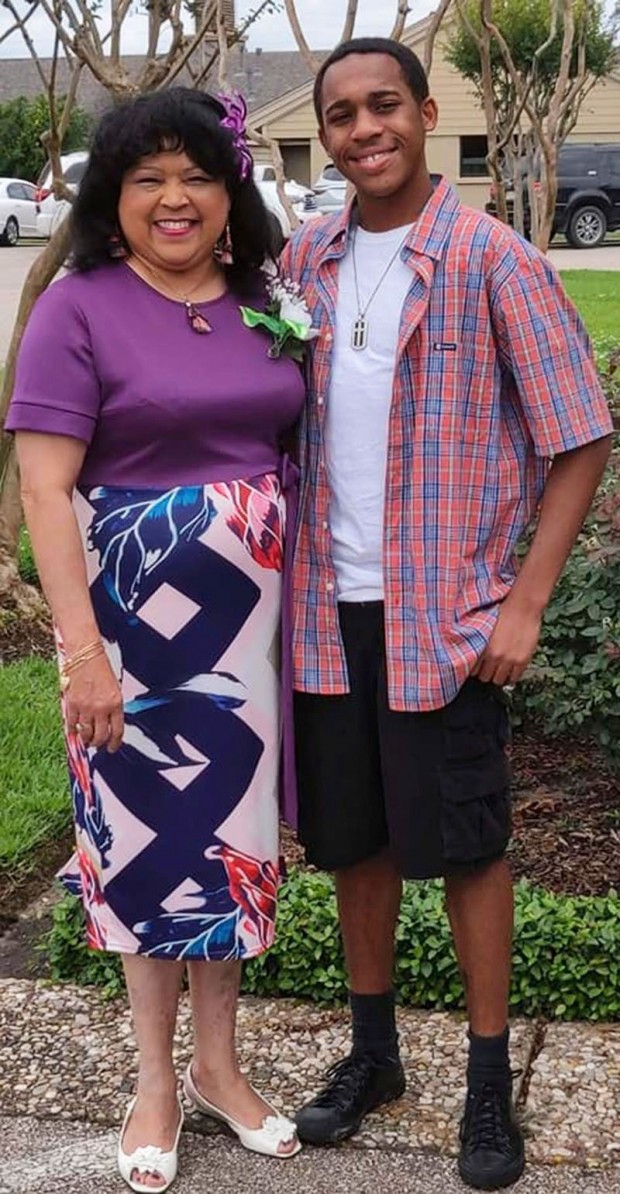 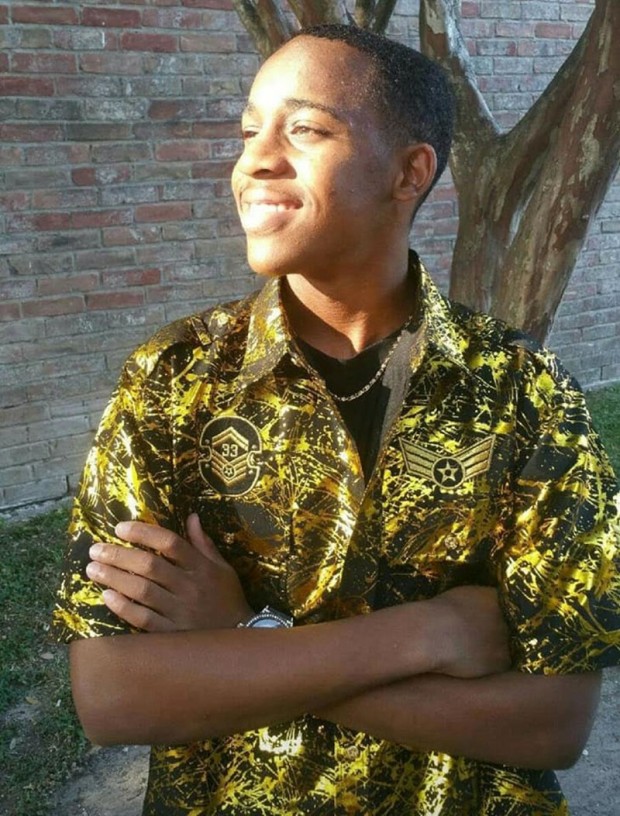 Josiah continues to grow and shine. He still has that great smile. 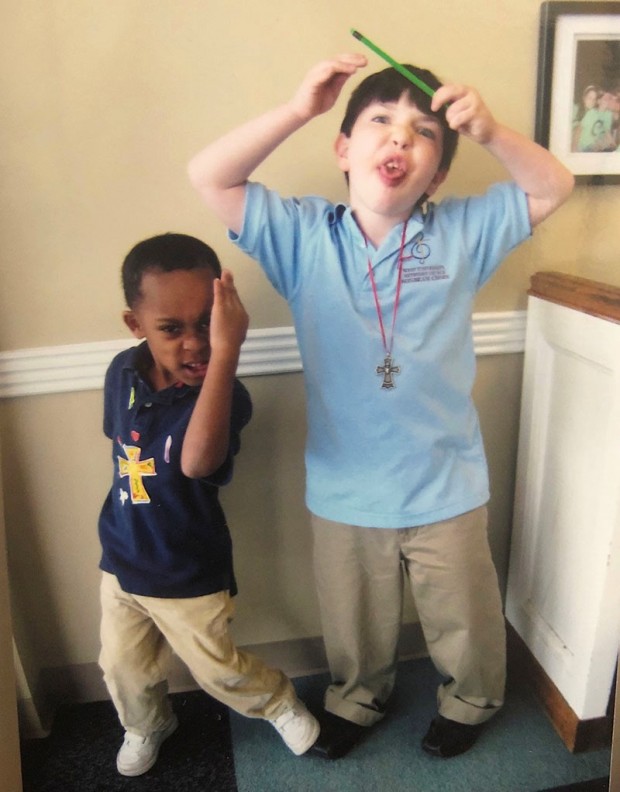 Josiah and Thomas Fuller goofing around at West University Methodist as children. 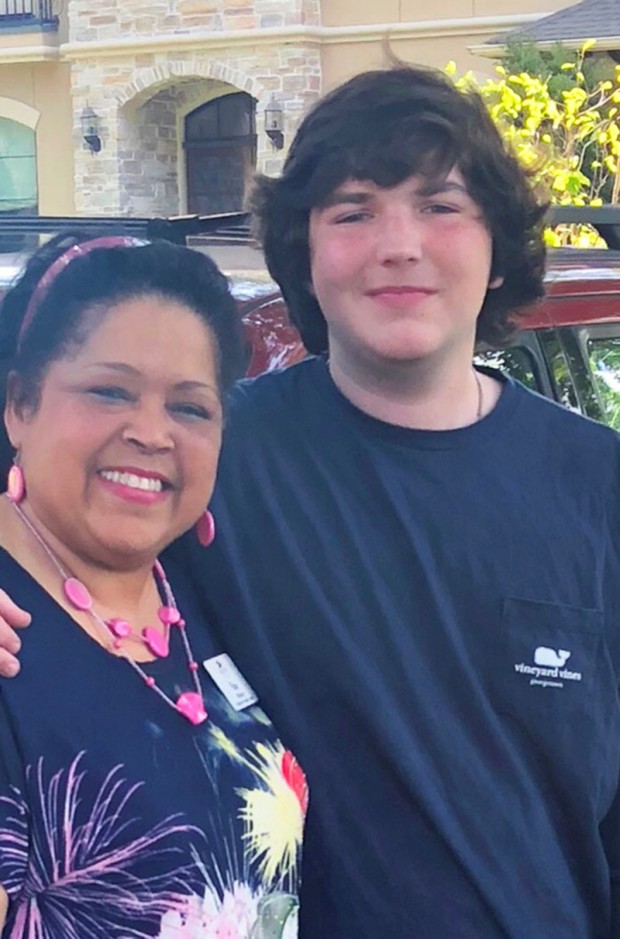 Rayna with an "all grown up" Thomas Fuller. Josiah was two and Thomas was four when they met. Josiah always enjoyed playing with his older friend. 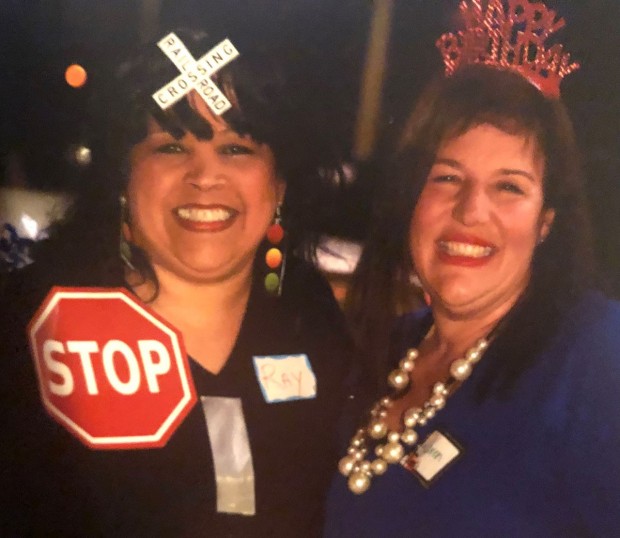 Rayna and Karen always have fun together. Rayna loves costumes and dress up as "a road" for Karen's road-trip themed party.