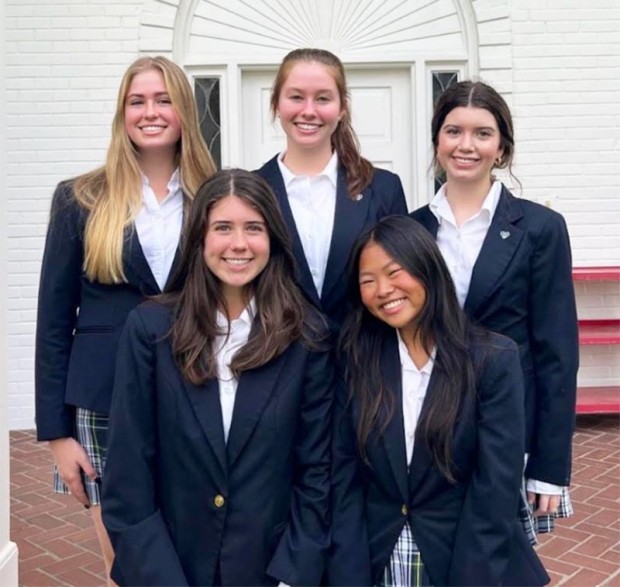 Although it’s not election season yet, it sure is at Duchesne! Following the beginning of the school year are the Student Council Elections, which are held at the beginning of September. A handful of determined high school students, primarily 10th, 11th, and 12th graders, run for the positions of Secretary, Treasurer, Campus Minister, Vice President, and President.

The Student Council plays a large role in representing the Upper Schoolers and making sure their voices are heard. The elected representatives help keep things running smoothly while planning out dances and fun events. The rigorous job is demanding (but definitely rewarding), but the campaigning before the job is likely to be the most challenging part!

“Campaigning and advertising was fun, but I definitely put in the work,” said 10th grader Ari Pangilinan, who ran for Treasurer. “I was really the most nervous when I had to give my speech, but overall, it was a great experience,” Ari said.

After promoting their campaign for weeks, the brave candidates had to give a two-minute speech to the entirety of the Upper School. The contenders discussed their goals for the school year, including bettering the school lunch, shortening the line at our school’s coffee shop, and even bringing in therapy dogs to lower stress levels.

On voting day, the final round of campaign stickers were handed out, and there wasn’t a single uniform skirt that wasn’t completely covered in colorful voting paraphernalia. The candidates handed out bead necklaces, and 11th grader Paula Olivera, who ran for Secretary, even handed out monogrammed pens. Campaign videos were posted, and finally, the voting form was sent out the Upper School. After hours of waiting, the results were in.