Highlights from ACL 2022: A ‘Landslide’ of Nostalgia 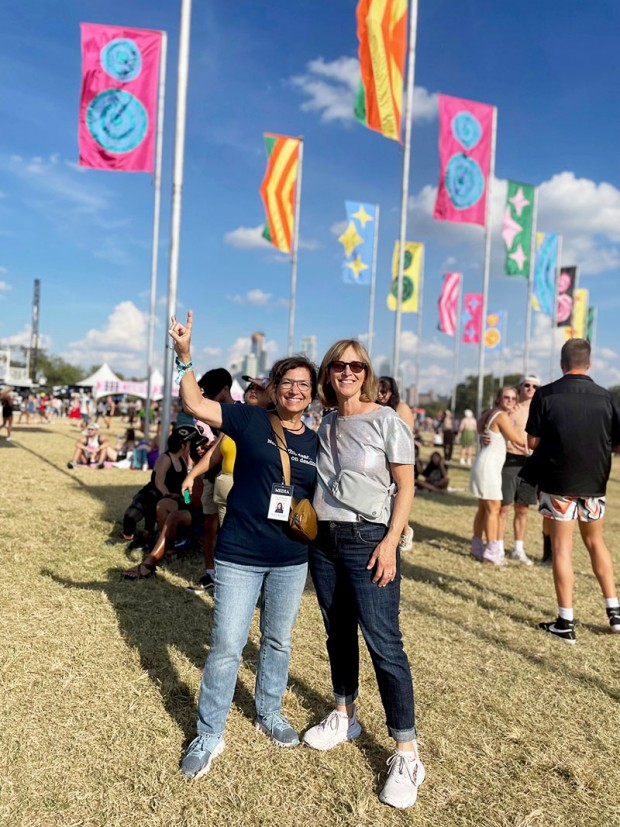 Buzz editor Joni Hoffman and her lifelong friend Teri Gerber took on ACL Weekend Two together. The two were roommates at UT Austin.

We stepped out of the Uber and headed toward the entrance of Zilker Park, feeling as though we had just stepped back in time 40 years. Teri Gerber – my longtime dear friend, my college roommate when we were students at UT – and I were taking on ACL Weekend Two together.

The festival atmosphere, the Austin air, the live music . . . all of it brought us an incomparable sense of nostalgia. The long lines of festivalgoers excitedly waiting to enter vividly reminded us of a night in college we spent camping out on the cold ramps at Memorial Stadium, hoping to score tickets to a concert. What concert were we trying to see? Neither of us could remember. We just remembered having a blast scoring those coveted tickets.

Back to ACL 2022: Were there moments in which we felt our age? Sure. But mostly we felt transported back to our college-aged selves. 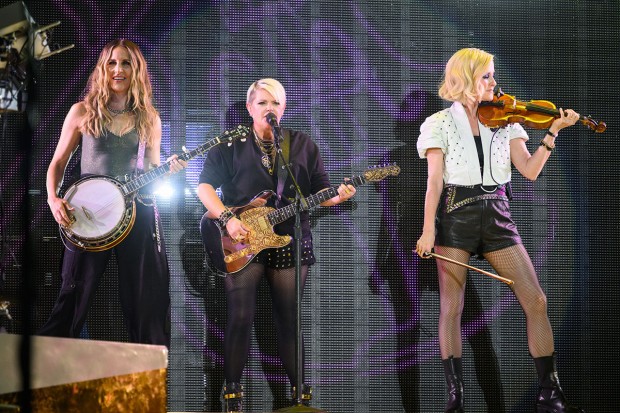 The Chicks headlined both Fridays at ACL Fest, their first time playing the festival. (Photo: Todd Owyoung for ACL Fest)

The weekend highlight was seeing The Chicks perform. We both love The Chicks and, for a split second, wondered whether that might have been the concert we’d been trying to score tickets to all those years ago. But when we found out that Friday was Natalie Maines’ 48th birthday, we realized the math didn’t quite add up – she would’ve been 8 years old when we were in college! It was a typical Joni/Teri senior moment.

The Chicks are so talented, and we felt so lucky to be amongst this crowd and be there in person for this incredible performance. What made the evening even more special was that it was a family affair: Natalie Maines’ dad, legendary producer Lloyd Maines, performed with her, as did her 21-year-old son, Jackson Slade Pasdar. And Martie Maguire’s daughter, Eva, played the violin with her for a song. 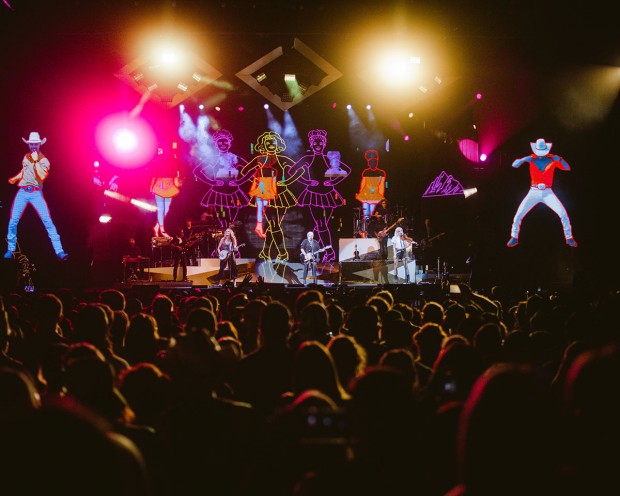 The Chicks' performance was a family affair. During the concert, Natalie Maines introduced the audience to her son, Jackson Slade Pasdar, 21, who was touring with the band on rhythm guitar. “This is only the second show ever with three generations of Maineses,” she told the crowd. (Photo by Ashley Osborn for ACL Fest)

At one point, Lloyd Maines was holding up his phone, proudly taking videos of the crowd while his grandson played a solo in The Chicks' cover of Landslide. In Maines’ ear, behind-the-scenes officials were urging her to hurry up because they were behind schedule. “If we get charged for going past time, (expletive) it,” she said. “My dad needs to take his videos.”  I could relate – I felt pretty dang proud watching my son Matt from afar that weekend (he worked the festival!).

Witnessing those meaningful moments alongside my longtime friend, back in Austin, experiencing live music together, made the lyrics of Landslide even more impactful.

Well, I’ve been afraid of changin’
’Cause I’ve built my life around you
But time makes you bolder
Even children get older
And I’m getting older too 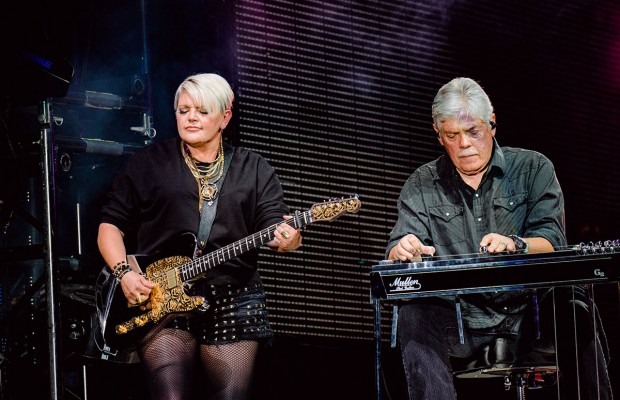 In this season of life, as Teri and I are watching our now-adult children grow up and our parents grow older (and ourselves, too, as our tired bodies rudely reminded us the day after ACL), those lyrics packed an even more powerful punch.

Oh, mirror in the sky
What is love?
Can the child within my heart rise above?
Can I sail through the changin' ocean tides?
Can I handle the seasons of my life?

It was at that moment that I realized how important it is to live life and really enjoy the moment. And there’s nothing quite like attending a music festival like ACL with your lifelong friend.

Editor’s note: For more on this topic, read ACL 2019: Lessons from a 55+ Year Old Rookie Festival-goer by Joni Hoffman. 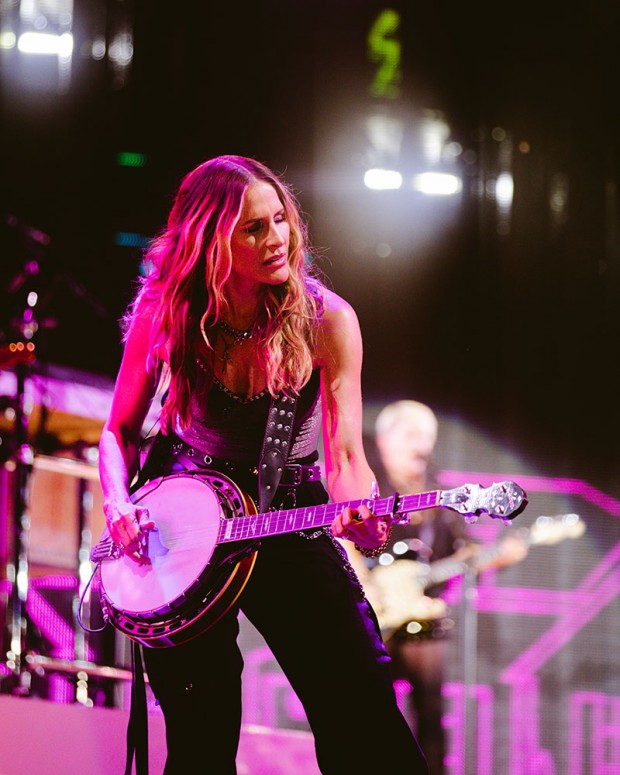 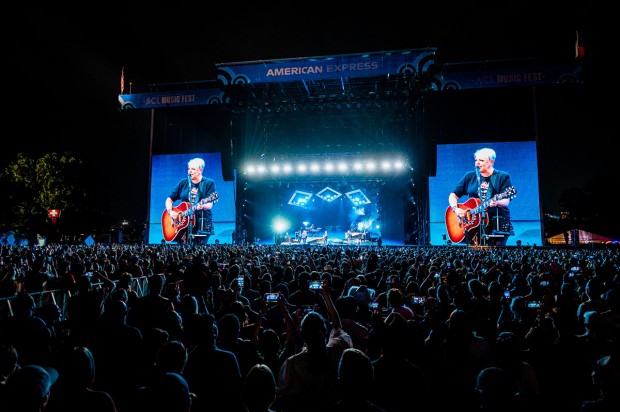 The Chicks' latest album, Gaslighter, is the group's first album in 14 years. The performance at ACL included songs from Gaslighter as well as some classic Chicks songs. (Photo: Taylor  Regulski for ACL Fest) 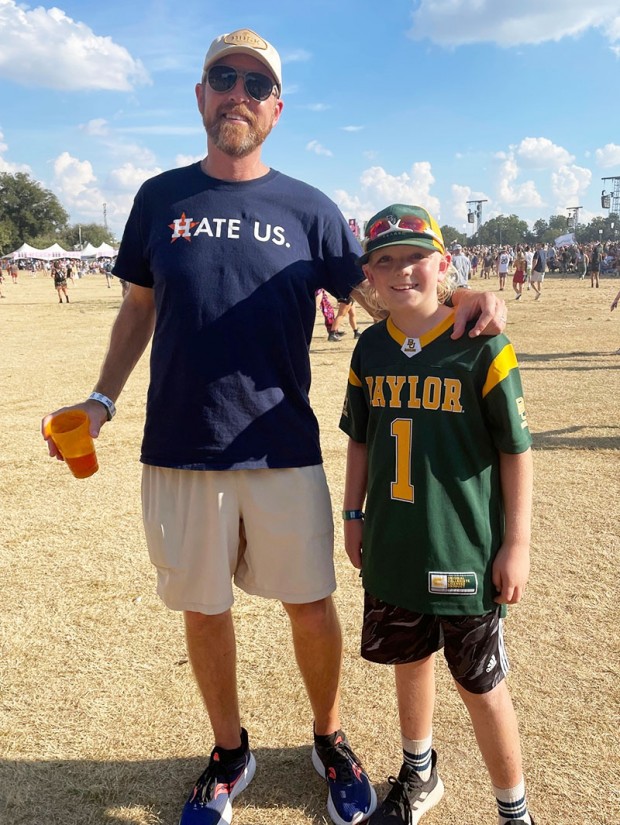 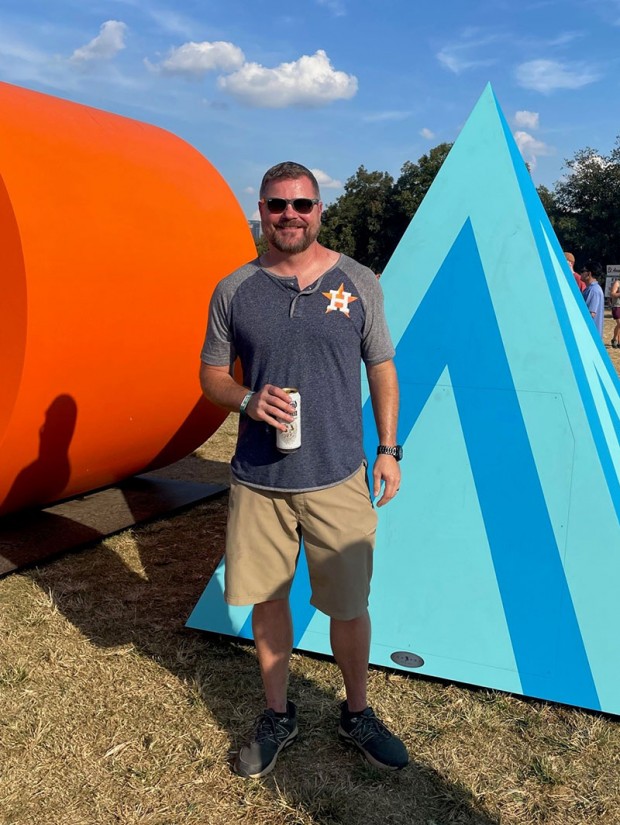 Joni and Teri spotted lots of Astros fans, such as Michael Hayden (pictured). 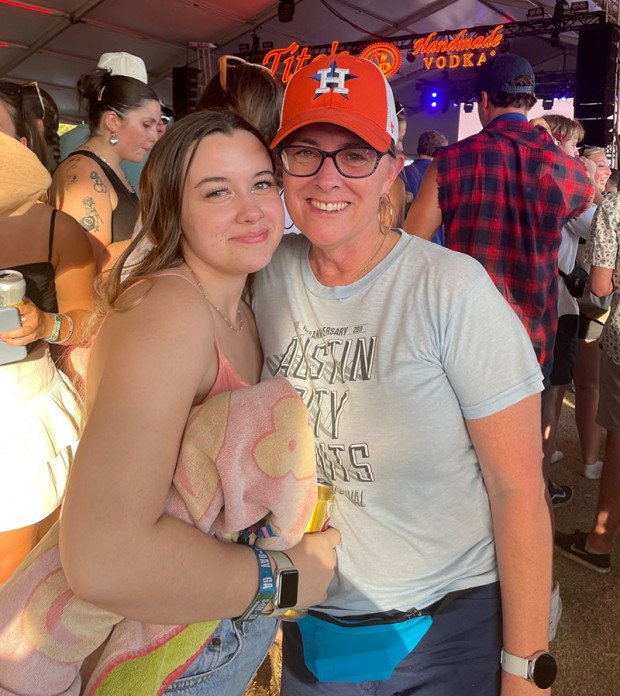 This mom-and-daughter duo were having a blast together at ACL. 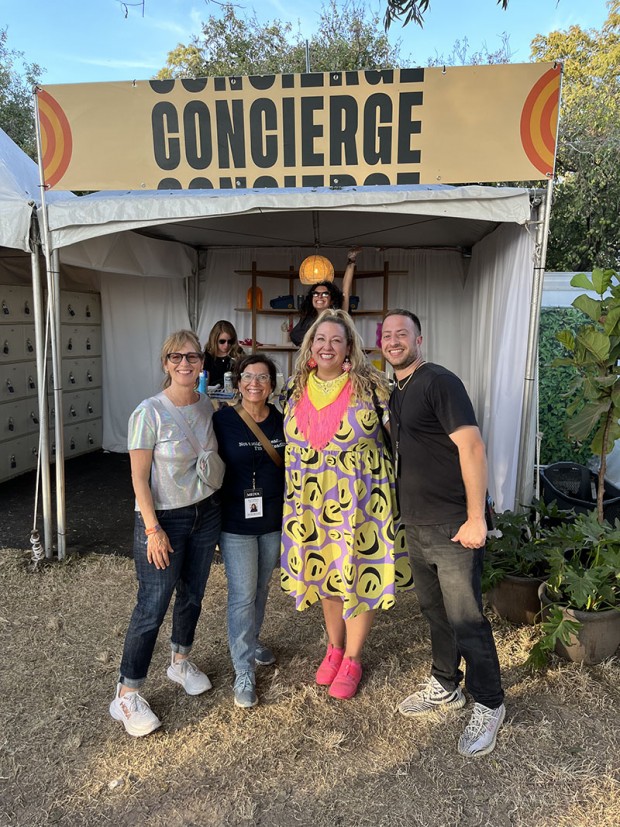