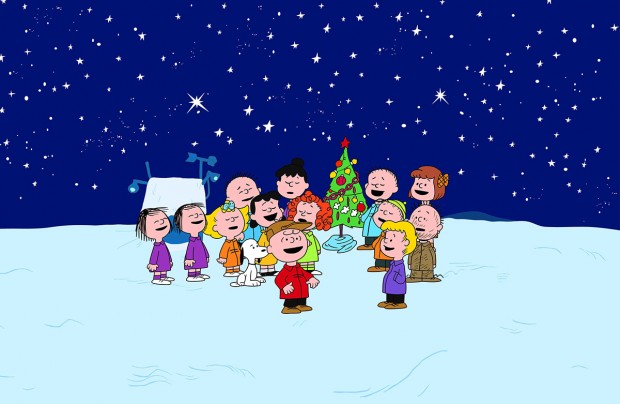 A smiling Charlie Brown and other Peanuts friends in a Christmas tree scene from the holiday special. (Photo courtesy of Apple)

Over the years, gathering around the television watching A Charlie Brown Christmas has become a tradition for many families. The holiday classic starring Charlie Brown, Snoopy, Lucy, Linus, Sally, and the rest of the Peanuts gang first aired on December 9, 1965. Fifty-seven years later, it still ranks as one of the most popular Christmas specials of all time.

A Charlie Brown Christmas was the first animated television program for Charles Schulz, Peanuts comic strip’s creator and illustrator. Directed by Bill Melendez, the holiday special was also the debut of the Peanuts characters’ voices. In the world of animation at that time, children’s characters were usually voiced by adult actors. A Charlie Brown Christmas recruited actual children including six-year-old Kathy Steinberg, the voice of Charlie’s little sister, Sally, and Christopher Shea, who voiced Linus. Neither of these young children knew how to read yet, so the production crew would give them one line at a time to recite.

Another unique characteristic was including jazz music, which was not typically used for children's programming. The production team thought the sound would appeal to both kids and adults alike and they were right. Vince Guaraldi’s A Charlie Brown Christmas is the second best-selling jazz album of all time and has sold over five million copies.

The holiday spirit of A Charlie Brown Christmas special has inspired a generous amount of joy to generations of fans. 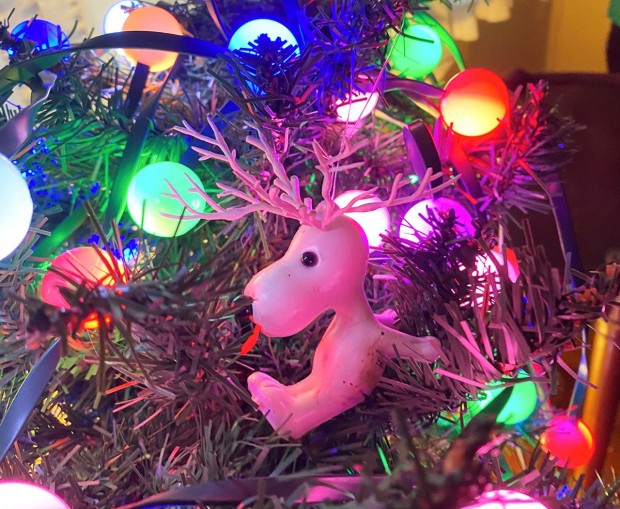 My family has always loved Peanuts, especially Snoopy. My brother Vic was 11 years older than me and when he headed to The Naval Academy in 1973, I can remember it seemed very far away. That November, my mom sent Vic a two-foot Christmas tree complete with white ornaments with Snoopy wearing reindeer antlers to decorate his dorm room. Miraculously, I still have one of those ornaments. It makes me smile when I hang it on my own family tree every year.

Here, Buzz readers share stories about how the seasonal special has left them feeling like Snoopy happily dancing around a Charlie Brown Christmas tree.

Every year, without fail, Alison, Doug, and son, Stone Simmons, listen to Vince Guaraldi’s A Charlie Brown Christmas when they decorate their Christmas tree. 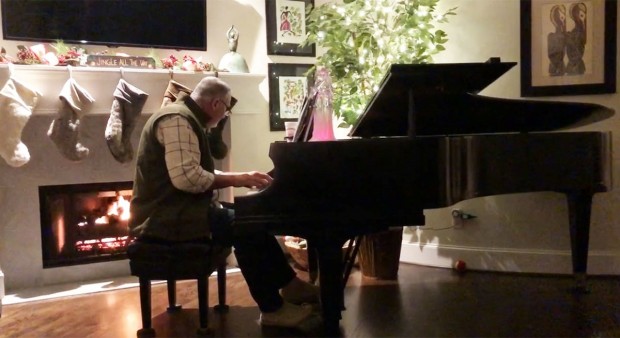 Every year, while the Simmons family decorates their Christmas tree, they listen to Vince Guaraldi’s A Charlie Brown Christmas album. After the tree is decorated, Doug plays the Linus and Lucy song and Christmas Time Is Here on the piano.

“It sets the mood for us,” Alison shared. “We all get busy decorating and enjoying good music and good conversation. Then, when the album has played itself all the way through, Doug, who has been playing the piano all his life, sits down at his piano and serenades us first with the Linus and Lucy song and then plays Christmas Time is Here. It is our family’s blessing and tradition.”

“We had our popcorn and toast like in the movie. It was so fun!” Nancy laughed. “Another funny moment inspired by the show was always going to Manvel to cut our own tree and joked about any Charlie Brown trees. It feels like Christmas when the special comes on.”

“I always wanted to serve popcorn and pretzels like Charlie Brown did for their Christmas feast,” confided Suzanne Shelby. “That darn Peppermint Patty was always complaining about the meal Charlie Brown prepared after she demanded it. Poor Chuck!”

Growing up, Bari Alyse Rudin loved watching A Charlie Brown Christmas and all of the Peanuts specials. Since then, she has watched them with her husband, Adam, and kids, Max and Daniel. “I loved the music, the colors, and the muddled sounds of the parents’ voices.”

November 26, 2022 marked another Peanuts special celebration. In honor of what would have been Charles M. Schulz’s 100th birthday, syndicated cartoonists across the country paid tribute to the Peanuts creator in their own comic strips published on the date. Schulz is the only cartoonist ever to receive this honor – a fitting tribute for a man who devoted his entire life to cartooning.

A Charlie Brown Christmas is available to stream anytime for Apple TV+ subscribers. The show will be available for non-subscribers to stream for free Dec. 22-25. 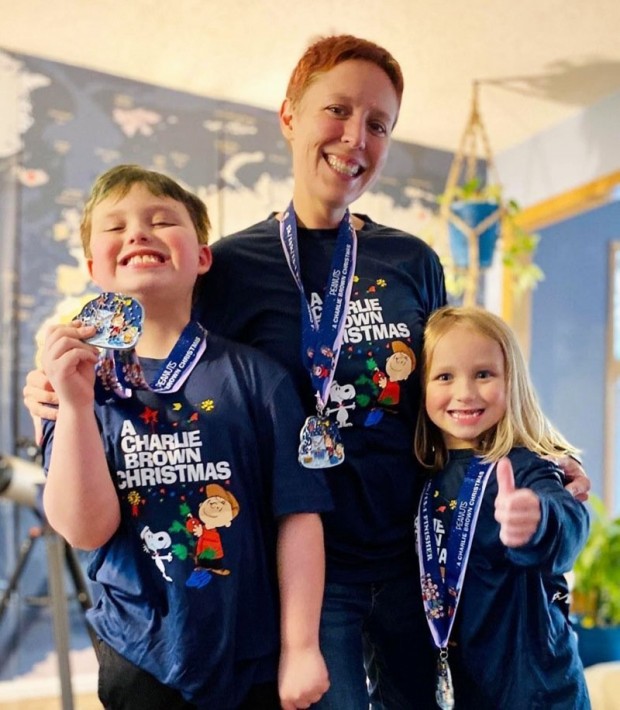 Ways to Get in the Charlie Brown Christmas Spirit

Editor’s note: For more about the origin of A Charlie Brown Christmas, read Christmastime is Here: Bringing Peanuts and personal rainbows by Cindy Gabriel, published in our Dec. 2021 issue.